A research team with a faculty member from the Colorado School of Public Health at the CU Anschutz Medical Campus has found that stroke risk has dropped in both black and white older adults. The study analyzed 25 years of Medicare hospitalizations due to stroke.

The study publishes today in the April issue of Medical Care.

The findings are important because black Americans have shown consistently to be at a higher risk of strokes. This study reveals hospitalization rates have decreased in both races; however, black patients had a greater reduction in mortality. Though, black men and women continue to be at higher risk for stroke than white patients.

“Our findings show encouraging declines in stroke hospitalizations and mortality in older adults most likely due to smoking reductions and the increasing use of medications that control risk factors. However, the study also sheds light on critical unresolved disparities in the risk of stroke among minorities,” said Marcelo Perraillon, PhD, assistant professor at the Colorado School of Public Health. 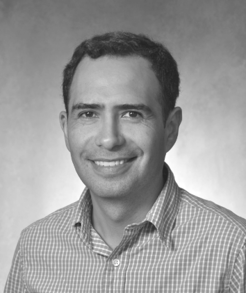 In Colorado, strokes are the fifth leading cause of death, a relatively lower stroke incidence than the average in the US. However, race and income disparities are a concern for incidence and mortality rates on both a local and national level. Similar to national trends, poorer counties in Colorado, as well as black and Hispanic residents, have higher stroke risks and mortality rates.

Although the study can't show a causal relationship, the reductions in stroke hospitalization and mortality were accompanied by declines in key risk factors: particularly smoking, blood pressure, and cholesterol levels. The improvements in stroke outcomes occurred despite the worsening US epidemic of diabetes and obesity.