What you need to know: CU Anschutz researchers discovered that the subtype identities of some new neurons, previously thought to be random, actually depends on odor stimulation. The study hints that life-long olfactory sensory neurogenesis may have an important adaptive function in addition to simple repair.

Olfactory sensory neurons (OSNs) are nasal neurons that make use of hundreds of different types of odorant receptors to analyze odorous chemicals in our external world and send that information to our brain. These neurons have the unusual ability to undergo turnover throughout life – a process understood to happen due to the special vulnerability of these neurons to environmental insults, such as viruses.

The paper, out today from the University of Colorado Anschutz Medical Campus and published in Cell Reports, explores whether this process has a function beyond just replacement. After lessening odors though one side of the nose, researchers examined the birth rates of different subtypes of OSNs in mice to determine how odor stimulation can affect the regeneration process. Results show that diminished odor stimulation reduces the number of newly-generated neurons that express particular odorant receptors, indicating a selective alteration in the neurogenesis of these neuron subtypes. 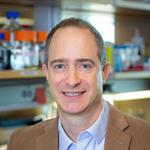 “This is surprising because when a new neuron is born, the receptor that it chooses, and thus its subtype, is thought to be random” said Stephen Santoro, PhD, University of Colorado School of Medicine assistant professor and lead author. “Our results show that the birth of some neurons depends on odor stimulation. These findings challenge the current model that the subtype identities of new neurons are random. We think this paper provides evidence that what is currently understood about how olfactory sensory neurons develop is incomplete. It also provides hints that life-long olfactory sensory neurogenesis may have an important adaptive function in addition to simple repair.”

The discovery of stimulation-dependent neurogenesis may also have implications for understanding how our sense of smell changes as we age. “One of the reasons we’re interested in better understanding how olfactory sensory neurogenesis is controlled is because, as we age, the rate of olfactory neurogenesis slows down, resulting in a phenomenon known as age-related olfactory dysfunction in a large percentage of people,” says Santoro. “An impaired sense of smell is a big problem in terms nutrition and safety. Smell is important for stimulating appetite; and without it, people can’t discriminate foods that may be harmful. This problem is recognized as a significant quality-of-life issue.”