Home News Q&A: As Summer Looms, Experts Weigh in on Sunscreen Ingredients to Avoid back to News

While shopping for sunscreen this summer, CU Anschutz pharmacy researchers recommend looking out for “fluoro” chemicals in sunscreen ingredients.

It’s sun season in Colorado, which is good news for the state’s multitudes of outdoor-recreation enthusiasts. Unfortunately, Colorado’s high altitude coupled with abundant sunshine make the state a leader in skin cancer rates.

With this in mind, we spoke with Jed Lampe, PhD, and Rebecca McCullough, PhD, at the Skaggs School of Pharmacy and Pharmaceutical Sciences on the University of Colorado Anschutz Medical Campus, about sunscreen and PFAS chemicals – also known as forever chemicals.

With summer approaching, Lampe and McCullough answer questions on what sunscreens are safe, PFAS chemicals and how preventing skin cancer by being sun-smart should remain a top priority.

The following interview has been edited and condensed.

What sunscreen ingredients should be avoided?

Rebecca McCullough, PhD: When deciding which products to choose, it's best to consider what ingredients are in consumer products that work best for you and your family. There is a lot of confusing information out there, but keep in mind that the products on the shelves have gone through rigorous screening for safety. Despite this, recent attention has been given to water resistant additives like PFAS and oxybenzone as potentially toxic components of sunscreen.

Jed Lampe, PhD: When you're looking for sunscreen, you can avoid those compounds: "PAP" (polyfluoroalkyl phosphate esters) or “PFTE” (polytetrafluoroethylene). Those are the things that you want to avoid if you're shopping for sunscreen and you're concerned about your potential exposure to PFAS compounds – otherwise known as forever chemicals. Although it should be noted that even sunscreens that contain these compounds have them at very low levels, so if you get one by mistake your health risk due to exposure is likely to be low.

McCullough: It's really any word that has the word "fluoro" in it is going to be related to ingredients to look out for.

Some internet searches identify other chemicals to be concerned about in sunscreen. How do you identify sunscreen that’s safe to use?

Lampe: Definitely anything that's approved by the Food and Drug Administration (FDA) is going to be safe. Those are the products I wouldn't worry about putting on myself or my children. The current formulations, including both mineral based and chemical based sunscreens, that are FDA approved have been tested to be safe in humans. However, since we don’t understand the long-term health effects of low levels of PFAS exposure, more research needs to be done to specifically address the formulations that have PFAS in them.  Now, if you are concerned about potential PFAS exposure, look for those sunscreens that don't contain the PAP or the PFTE compounds, any poly-fluoro compounds. Those should be listed on the ingredients.

But the oxybenzone – that's not really toxic to humans. There's more environmental concerns with those products. If you're swimming in the oceans, for example, those tend to be more toxic on coral rather than people.

McCullough: The FDA also has a pretty solid website about what things are in consumer-based products and how safe they are.

What’s the difference between mineral-based sunblocks – those using titanium dioxide and zinc oxide – and chemical-based sunscreens?

Mineral-based sunscreens deflect the UVA and UVB radiation, while the chemical ones absorb radiation and redistribute it. Many chemical formulations contain antioxidants to eliminate free radicals generated in response to UVA/B exposure.

Personally, I tend to gravitate to using more mineral-based sunscreens. In the past, mineral sunscreens got a bad rap because they left white residue and were very thick formulations. Newer formulations have improved the feel and look of the product.

Lampe: Mineral-based sunscreens are very efficacious. But if you have little kids especially, just be careful with the zinc and don’t get it in their eyes.

Should you use spray sunscreens at all?

McCullough: Keep in mind that when used correctly, sprays can be very effective. With that being said: I prefer to use lotions over sprays because I've had application errors and missed parts of my skin and have also not rubbed it in correctly. So I've had strips of sunburn just because I wasn't paying attention.

Lampe: I think the creams are much more effective. I think the aerosols are relatively safe, although I do have a little concern in the sense that they're easy to apply, but of course you usually don't get full coverage. I always worry about what I'm breathing in there, because kids usually won't hold their breath the whole time, and you just wonder if you're applying it several times a day, how much of that's getting in their lungs. It may not be the best, it could be a lung irritant. I don't like it from that perspective.

How often should you be reapplying sunscreen?

McCullough: Every two hours.  Many sunscreens now are being advertised as being water resistant for athletic activities and swimming. But remember, no sunscreen lasts forever and reapplication is key to good protection. In addition, water resistant formulations tend to have more of those fluorinated chemicals that we mentioned, which potentially are a flag if you want to limit exposure.

Besides reapplying, should sunscreen be part of a larger sun-safety approach?

McCullough: Yes, absolutely. Wear sunglasses, hats, and protective clothing when you can combine with stringent reapplication every 2 hours. Be mindful of application areas, including the tops of your feet, hands, ears, hairlines and parts – hiking guides in Colorado often get skin cancer on the back of their hands as people typically don't think to put sunscreen on their hands when they have a long-sleeve shirt on. Collectively, it's all of these weird spots that people often forget about.

Lampe: Even if you are using a sunscreen that has some of these fluoro compounds in it, it's probably better than using no sunscreen at all. Colorado has the highest incidence of skin cancer of any state in the country. You definitely want to wear some sunscreen when you're outdoors.

What are the best sunscreens for kids? Should they use a different product than a parent would?

Lampe: Yes. With babies and toddlers, their skin is not quite as developed as adults, and so UVA and UVB radiation can get across their skin easier than in ours. I would be a little concerned about that.

Particularly for young kids, those under 7, I would use a kid-specific sunblock and try to avoid some of those PFAS compounds, because kids could be more sensitive to those. First of all, they're just smaller, so their bio-burden's going to be larger based on how much they absorb. Research has shown developmental defects associated with high levels of exposure to these PFAS compounds.

Can you talk a bit about PFAS chemicals? For sunscreen levels, the level of exposure is going to be substantially less than PFAS exposure in the environment, correct?

McCullough: There are thousands and thousands of chemicals that belong to this class of PFAS. Our research focuses on different fluorinated compounds that are not in formulations for sunscreens. We're looking at PFAS used on military and industrial sites, including components of firefighting foams which have been linked to problematic health outcomes. One important takeaway here is that many of these different classes of PFAS have unique exposure thresholds with different mechanisms of action in the body.

Some consumer-product websites say, “PFAS are so toxic; they're so dangerous,” but those don't actually have the right information, because they're clustering the whole class as a similar effect and health outcome as they are not talking about specific molecules or specific responses. Many of these sources are generalizing a class of compounds rather than saying, "OK, in this formulation, this compound's there; it's at very low concentrations and it’s not associated with toxicity and therefore safe.”

As a consumer, be smart about where you’re getting information and consider reputable resources and if you’re still unsure, ask a professional. I think it is valid to have hesitancy when PFAS are in products including sunscreens, because these molecules are not metabolized and can accumulate for long periods of time. The truth is, there just isn’t enough information about the long-term implications of even low levels of PFAS on human health and limiting bioburden should be the best practice until more research is done. Until we do know more, keep in mind that safer alternatives are out there, including mineral-based formulations that have established safety profiles for people and the environment and do not contain these kinds of potentially dangerous compounds. A lot of companies make these products, including common household brands like Neutrogena and Banana Boat. As Dr. Lampe said though, the cost-benefit ratio of wearing sunscreen far exceeds that of not wearing it, especially in high elevation climates like Colorado.

Lampe: I agree. PFAS compounds or forever chemicals are of course something everybody's really concerned about. These are these ubiquitous environmental contaminants that have shown some toxicity in humans and other lower mammal species. Some of these compounds have been showing up in some sunscreens and other lotions that are applied to the body – makeup as well. There was a relatively recent Danish study that came out showing that, actually, in foundation makeup, you could find pretty high quantities of these compounds.

The bad news about them is that everybody’s already been exposed to these chemicals. If you were to do blood tests for everyone in your family, they’d be present.

The good news is, most of us have pretty low levels of them, and those levels are below the threshold for toxicity. So, it's not something that people have to be stressed about all the time – unless you are living in a place where you’re constantly going to be exposed to them. The most ubiquitous, most common route of exposure is through drinking water, and that's a real issue for these populations that have been exposed via that route.

For sunscreen specifically – Colorado has the highest incidence of skin cancer in the country, so you absolutely have to use your sunscreen. Limiting your exposure to these compounds is just common sense. 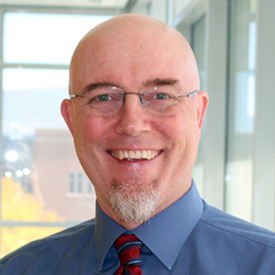 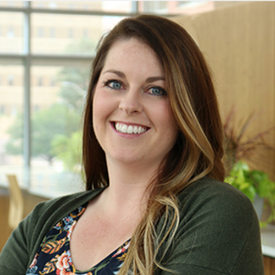