Home News The U.S. has experienced a spike in violent and unintentional injuries back to News

The U.S. has experienced a disturbing increase in violent and unintentional injuries over the last few years, reversing positive gains made in the 1980s and 1990s, according to a new study from researchers at the University of Colorado Anschutz Medical Campus and Denver Health Medical Center.

The study, published Wednesday in JAMA Surgery, examined the period between 2000 and 2016 and found that injury remains a leading cause of death in the nation.

“All injuries from gunshot wounds to car accidents have been going up,” said the study’s senior author Dr. Angela Sauaia, MD, PhD, of the Colorado School of Public Health at CU Anschutz and CU School of Medicine. “We saw a distinct spike between 2014 and 2016 that we can’t explain.” 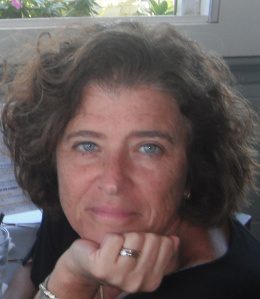 Dr. Angela Sauaia, MD, PhD, is the senior author of the study.

Using a Centers for Disease Control data base known as WISQARS (Web-based Injury Statistics Query and Reporting System) the researchers showed that the jump in overall injuries from 2014-2016 reduced survival gains observed since 2001.

“Black non-Latinos retained the highest rate of homicide fatality rates across the entire period, and suffered the highest increase of all racial/ethnic groups during the 2014-2016 period,” the study said. “Similar patterns were observed for unintentional injuries and homicides.”

According to Sauaia, suicides appeared to increase steadily for white non-Latinos and black non-Latinos with a small but significant acceleration beginning in 2006. In comparison, white Latinos experienced a larger, significant increase in suicides starting in 2013. About half of suicides were firearm-related and those jumped from 2006 to 2016 after a six year decline.

Two-thirds of homicides were firearm-related.

“This subgroup observed the largest increase in the 2014-2016 period compared to all other injury mechanisms,” the study said.

Meanwhile, motor vehicle accidents also saw a serious increase from 2014-2016 following a decade of major declines. Overall, unintentional injuries spiked after 2014 for most age groups, except those 16 and younger.

Sauaia, a professor of public health and surgery, said the reasons behind all of this defy easy explanation. She noted that 2014 saw significant civil unrest in the U.S., including violent demonstrations over racial issues. Questions also surround the role social media plays in distracting drivers and causing more accidents, she said.

“What is disturbing to me is that we are talking about a major cause of death in our society and we have so little funding to do research for causes and solutions,” she said.

That doesn’t mean nothing can be done.

“There are some solutions we can start implementing. Regardless of where you stand on guns everyone agrees that children should not have access to loaded firearms,” Sauaia said. “And why not include as part of primary care, educating patients on firearm safety?”

As for motor vehicle accidents, she suggested that technology could be employed to make it more difficult to text and drive.