Home News U.S. Army Veteran Pops The Question in Style back to News

Few moments in life are as vivid as the heart-pounding instant in which you pop, or receive, The Question. Not for Spencer Milo.

For Spencer, the momentous occasion, even the nuptials that followed, when he thought he had only a few months to live, are a complete blur.

The retired Army Staff Sergeant, who twice suffered brain injuries in combat, has at long last filled in this emotional blank spot. He was in New York City last month to receive the Moral Courage Award – one of only two national recipients – from the Headstrong Project. It was a star-studded affair that included comedian Seth Meyers, actor Jake Gyllenhaal and Gen. Joseph F. Dunford, Jr., chairman of the Joint Chiefs of Staff, the nation’s highest-ranking military officer.

A proposal to remember

His wife, Sarah Milo, had no idea what was coming.

After giving his remarks and receiving the award, he regaled the crowd with the story of his wife’s strength and the story of how they wed and the fact he had no recollection of said events. Spencer called Sarah on stage in front of 900-plus people, got down on one knee and presented her with a ring and a new proposal they would both never forget. She burst into tears. 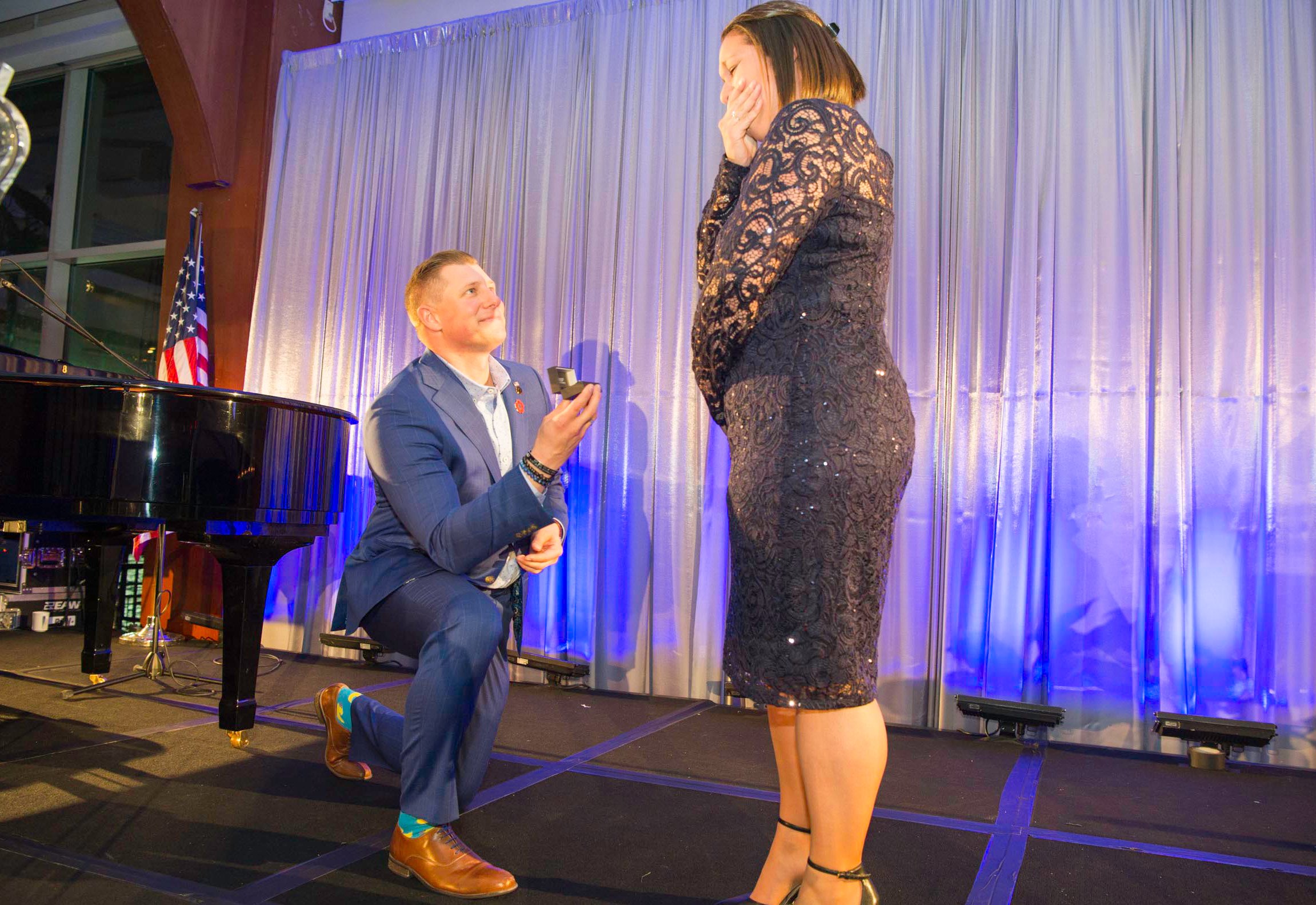 Spencer Milo, an Army veteran, bends his knee and re-proposes to his wife, Sarah Milo, at the Moral Courage Award ceremony in New York City.

“I re-proposed to her at this event,” said Spencer, director of Veteran Programs, Communications and Strategic Development at the Marcus Institute for Brain Health (MIBH) at CU Anschutz. “Seth Meyers cracked jokes about it and how he was glad his wife was not attending this time. I had to get the OK from Gen. Dunford and Headstrong – everybody – to do it.”

It was worth the hoops. Sarah’s steadfast support, going back to when he was misdiagnosed with a terminal brain tumor, “is the only reason I would have gotten that award in the first place,” he said.

The circumstances of their life were much different 10 years ago, when he originally popped the question.

Spencer joined the Army as an Airborne infantryman a few years after 9/11. Just five months into his first deployment in Iraq, he suffered a concussion when his Humvee crashed. Returning to Fort Bragg, he was diagnosed with a brain tumor and told he should get his affairs in order.

“We got married when I was told I had six months to live, but I don’t remember asking her to marry me. I don’t remember my wedding,” said Spencer, who is also a recipient of the Purple Heart.

Getting a second opinion from physicians at the University of California San Francisco, Spencer learned the tumor was not cancerous. He returned to active duty and performed a second tour, this time in Afghanistan. A year later, on combat patrol in a district in Kandahar Province, an Afghan suicide bomber, a boy of 15, detonated himself just a few feet away. Thrown 10-15 feet by the blast, Spencer charged back into the chaos to find a wounded fellow soldier. He helped drag him to safety and provided medical care.

He returned to the States for treatment at the brain-injury clinic at Fort Bragg. Frustrated by his lack of progress, he slipped into a deep depression and even contemplated suicide.

A decision to seek treatment at the National Intrepid Center of Excellence (NICoE) at Walter Reed Bethesda proved pivotal. He received an intensive and ultimately successful treatment. But the injuries ended his military career. He was medically retired in 2013 at age 28.

At the Morale Courage Awards ceremony in New York are, from left, Joe Quinn, executive director of the Headstrong Project; Milo Spencer, director of Veteran Programs, Communications and Strategic Development at the Marcus Institute for Brain Health; Sarah Milo; Ellyn Dunford, wife of Gen. Joseph Dunford, Jr.; Zach Iscol, veteran and co-founder and chairman of the board, Headstrong; and Gen. Joseph F. Dunford, Jr., chairman of the Join Chief's of Staff.

The mission of serving others has never been about awards, Spencer said, but recognitions such as the Moral Courage Award from Headstrong – an organization that provides world-class, cost- and bureaucracy-free care to military veterans suffering from invisible wounds – “are a reminder that I am on the right path and that the programs I support are impacting change and helping others.” 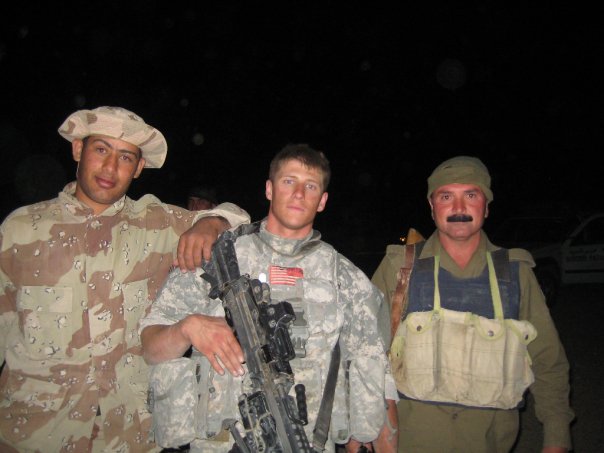 He said he is humbled to be part of the MIBH team. The institute’s interdisciplinary and individualized care ensure that each person receives the best-possible care. “We ensure that we eliminate as many barriers to care as possible so our participants can focus solely on themselves and their healing journey,” he said. “We combine the traditional treatment modalities alongside many complimentary modalities that are just as important to the healing process to include art therapy, equine therapy, yoga, mindfulness, etc.”

MIBH does not require a confirmed diagnosis of a traumatic brain injury (TBI) to provide care.

“We serve all branches of service and all discharge statuses, and we include the family in the healing process to ensure we are not only saving the veteran but their families as well, if at all possible,” Spencer said. “MIBH is leading the pack for TBI care for veterans and is setting the standard for this model.”