Home / News / What You Need to Know About Nicotine Vaping

For some people, the war against nicotine addiction is a lifelong battle.

According to Pavlik, that’s the wrong question. “It’s more important as providers that we recognize that people ARE using them to quit or reduce smoking. We also know that some adults have been successful using ENDS this way. The question we need answered is, ‘what do we do now?’”

Pavlik spoke at an event titled “Vaping, Juul and Cessation: What Providers and Patients Need to Know,” held recently at CU Anschutz.

The road to freedom

Cigarettes are responsible for one in every five deaths in the United States and are the leading cause of preventable death. The Food and Drug Administration (FDA) estimates that about 3 in 4 people who currently smoke want to quit. Some people trying to break a nicotine addiction quit outright, called abstinence. However, nicotine withdrawal symptoms can be hard to deal with for people who stop smoking suddenly. 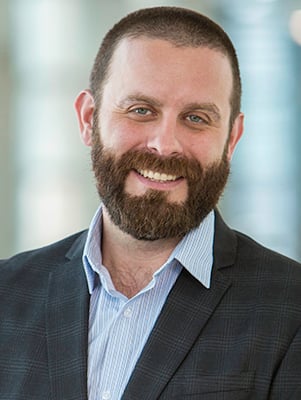 Some smokers try to taper off smoking gradually, but according to Pavlik, smokers have to cut their cigarette use by at least 90% in order to see health benefits.

Counseling and FDA-approved medications are the best way to quit. The FDA has seven scientifically-backed options, including five nicotine replacement therapies (NRTs) like patches, gum, and lozenges, and two other prescription medications. However, NRTs are often considered less satisfying than a cigarette, and they may fail to control nicotine users’ cravings.

For these reasons, many are turning to ENDS, casually known as nicotine vaping. ENDS are battery-powered devices that turn nicotine and other drugs into aerosol to deliver them into the body.

Should providers recommend ENDS to their patients?

For adult smokers, Pavlik said the scientific consensus is that ENDS are likely safer than tobacco. Many of the harmful compounds found in tobacco smoke are not found in ENDS aerosol, and the harmful compounds found in both ENDS and tobacco smoke are present at lower levels in the aerosol. Even though NRTs are likely better at helping people achieve nicotine abstinence, Pavlik said ENDS may be a good option for those who have tried NRT and found it did not meet their needs. Youth and young adults, on the other hand, should be steered away from ENDS all together. Many young ENDS users were never cigarette smokers to begin with and nicotine, whether through ENDS or combustible products, has undesirable effects on the developing brain.

For patients curious about using ENDS to break a nicotine addiction, Pavlik recommends using ‘the five As’ to guide discussion: Ask, Advise, Assess, Assist and Arrange. Providers should congratulate success, no matter its form, as patients are choosing ENDS to try and improve their health. Pavlik said, “The alternative to ENDS for many smokers is a relapse to tobacco smoke and the toxins it contains.”

Providers can help patients identify triggers for nicotine cravings, develop a quit plan and refer them to resources, including the Colorado QuitLine, and identifying FDA-approved pharmacotherapy that might help. When patients are interested in ENDS as a tobacco-cessation tool, Pavlik recommended that providers meet patients where they are by listening to their concerns, correcting misperceptions and providing guidance — not just away from smoking, but toward complete nicotine abstinence. “We’re not recommending ENDS to adults, but we’re not dissuading either.”

Over 70% of callers to the Colorado QuitLine said they are using ENDS to help them quit traditional tobacco products. About 60% of adults use both conventional cigarettes along with ENDS. About half of them will continue using both while the other half will eventually relapse entirely to cigarettes.

Thus, while ENDS are may be safer than cigarettes, Pavlik cautioned that ENDS are not a magic bullet to break nicotine addiction, and they may have their own safety risks. “There’s a difference between ‘safe’ and ‘safer than the most dangerous product that humans recreationally engage with,’” said Pavlik.

ENDS use has recently gained national attention due to the recent outbreak of a vaping-related illness called lipoid pneumonia that has sickened nearly 2,400 people and is responsible for 47 deaths. While this has largely occurred in patients who vape marijuana products alone or in combination with nicotine, there are other risks for those using ENDS for nicotine exclusively.

Among the often underappreciated risks are the new nicotine salt formulations used in pod-mods, like Juul, which hit as fast and almost as hard as a cigarette, Pavlik said. One Juul pod contains the same amount of nicotine as an entire pack of cigarettes, he noted.

The addictive nature of ENDS is particularly apparent in younger populations, where the combination of fruity, candy-like flavors and social media marketing campaigns increased ENDS use to historically high levels in some junior high and high schools across the country.

Ultimately, Pavlik said, ENDS may be a more attractive option for many trying to quit, but that ENDS do offer many known dangers, including much higher chance of addiction than NRT. “We have an ethical obligation to calibrate patient information about which risks exist, then let adults make decisions for themselves,” he said. “Youth shouldn’t use ENDS or NRT at all as nicotine represents a danger to them in any form.”