With her liver failing and her blood pressure skyrocketing, Jessica Hilbun Schwartz had no choice. She had to deliver her first baby at 36 weeks, four weeks shy of full-term. Although smaller than he would have been at nine months (6 pounds, 4 ounces), her son Miles entered the world just fine — except for one thing.

“He’d nurse for a few minutes and just get tired and fall asleep,” said Schwartz, who had a potentially fatal condition called HELLP that strikes during pregnancy and resolves only by delivering the baby. “He just didn’t have the stamina at that time.”

Going into pregnancy, Schwartz knew she wanted the benefits of exclusive breastfeeding for her baby. So little Miles became one of the many infants who benefit from donor milk, fed via an easier-to-handle bottle as a supplement to his own mother’s milk.

Now Longmont has the city’s first-ever Mothers’ Milk Bank (MMB) Donation and Outreach Center. Just launched by the University of Colorado College of Nursing’s Center for Midwifery (CFM) Longmont, organizers hope to see an increase in the supply of the nutrient-packed donor milk.

“As midwives, we are huge proponents of breastmilk,” said Jessica Anderson, CU Nursing’s director of midwifery services. “We wanted to help donor families give back more easily and give families who are having challenges with breastfeeding more options for human donor milk.”

For instance, studies show that incidence of necrotizing enterocolitis (NEC), a common and deadly threat in premature infants, decreases by 75 percent when babies receive human milk exclusively. NEC can destroy the intestinal walls, leading to severe infection and death.

“Over the last several years, the medical community has realized that breastmilk offers optimal nutrition for babies,” said Nicole Clifton, MD and pediatrician with CU School of Medicine. “It provides special protections against specific conditions unique to preterm infants.”

“It is the No. 1 source to give to a NICU baby whose mother can’t supply it,” said Laraine Lockhart Borman, IBCLC, MMB director of outreach.

The Longmont site joins more than 30 other MMB donation sites across the state. The Colorado-based nonprofit dispenses 750,000-plus ounces of human donor milk each year, largely to hospital NICUs. 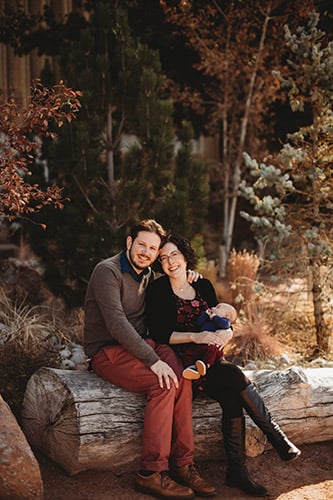 “I was really glad they had that available,” Schwartz said of the donor milk Miles received. “It was just good peace of mind for me knowing he was getting those extra nutrients,” said Schwartz, who has asthma and hopes breastmilk will keep the disorder and other disorders at bay for her son.

About 450,000 U.S. births each year are premature, and one ounce of donated breast milk can feed a micro-preemie for an entire day, according to the MMB.

“Having a center here in town that allows moms to easily drop off their donations while out running errands will be much appreciated by busy moms in the area,” said Haley Keeling, a devoted breastmilk donor.

“With a newborn, or really kids of any age, in the house, convenience is everything,” said Keeling, who is pregnant with her third daughter and excited about the new site. “I live five minutes from there,” she said of the CFM office next to Longmont United Hospital.

MMB fully screens donors while keeping it as easy on them as possible, Lockhart Borman said.

Medical releases for mother and baby are required, and donor milk undergoes testing and pasteurization, something Schwartz said was important to her as well. “I like knowing that it’s safe and sterile,” she said.

Keeling, who began donating when nursing her first baby in 2017, said the experience was more than she had imagined.

“I had no idea when I began donating that it would turn into such a rewarding experience. The time and dedication it takes to pump and follow proper storing and freezing procedures is definitely a labor of love, but it is time I will gladly spend to help families and babies in need.”

For more information on donating or receiving, call (303) 869-1888 or visit www.milkbankcolorado.org.