How did you find your way to Novartis Pharmaceuticals?

It was a very roundabout way. I graduated from CU (Pharmacy) in 2015. I went directly into a fellowship with Jacci Bainbridge there. So I did the two year Neurology Fellowship where my primary focuses were MS and epilepsy. MS has been a passion of mine for a long time, so after that when I was looking for positions, I came across a neurology pharmacist position embedded into an outpatient neurology clinic that was available in Billings, Montana. I was able to build that service, which was amazing.  I got to see a slew of patients, of course, not just MS patients. I did that for a little over 2 1/2 years, then got married and had to come back to Colorado. So it just worked out that during that time they (Novartis) were looking for a medical science liaison in the MS space. I'm from the Colorado region and it seemed like a perfect fit because I had trained with the neurologist that I would be calling upon from my position, and so it was just a natural transition. 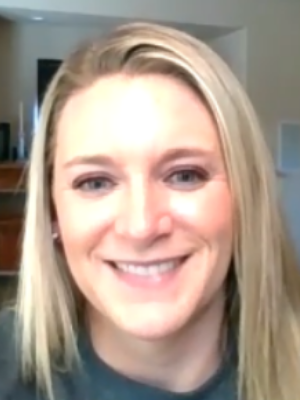 I do think it's very non-traditional just because there aren't a lot of fellowships available in pharmacy. There are even less fellowships in neurology specifically, so if someone wants a specific career in neurology pharmacy, it is not going to be the regular first-year or second-year residency, and then going into it. It will be a little bit challenging to get into this space.

Did you know about that challenge going into it, or did you have to learn the ropes along the way to get where you are?

I did know that because I knew Dr. Bainbridge. She had told us, when I was a student with her prior to my fellowship, there aren't enough neurology pharmacists out there and this is a disease state. MS, in particular, is a disease state where the options for therapy or treatment are exploding. There's a ton of them. They're very expensive, but they're very complicated as well, so that got me very interested. In knowing that as well, I also learned during my fellowship some of the difficulties that it takes to actually become a pharmacist embedded in these clinics. Some of those challenges can be funding and space. Actually, you'd be shocked at how many clinics don't have a pharmacist just because they don't have the physical space for them, so I was very fortunate to be able to go to Montana. They were very forward thinking and really embedded pharmacists in a lot of their outpatient clinics. I've learned a lot of the challenges, but the good part about all of this is that I've met many, many other pharmacists like me that are beginning to build these these practices. We were all learning from each other, so that was really, really great.

Recall your student experience. What was it like for you?

My experience at the University of Colorado was great. It does feel like a blur because it went so quickly and it was so much information in such a short period of time. But I look back and I loved it because it was a great mix between learning and being in the classroom and actually being out there and learning what it's like to be a pharmacist, learning from practicing and retired pharmacists. So I really enjoyed my time there.

Not to mention, of course, the campus there is absolutely beautiful, so I feel like we had wonderful resources. We had a wonderful atmosphere for learning. I had neurologists at my fingertips. But let's say I wanted to go into cardiology, you just have everything all in one campus, which is amazing.

What brought about your interest in the specialty?

I didn't realize that neurology was really a specialty you could get into until I met Dr. Bainbridge. I had an interest because actually prior to pharmacy school, it was my third year in undergraduate prior to taking the PCAT and going through that whole process that I was diagnosed with MS. I was very interested in neurology in general, but I didn't realize that I could bring that interest and personal experience into a career until I met Dr. Bainbridge and took that path. I think she saw that interest in me and really grabbed on and harnessed it. I'm very thankful because now that's put me into the position to be immersed in neurology all day everyday. It's wonderful and I love it.

What does the typical day at work look like for you? 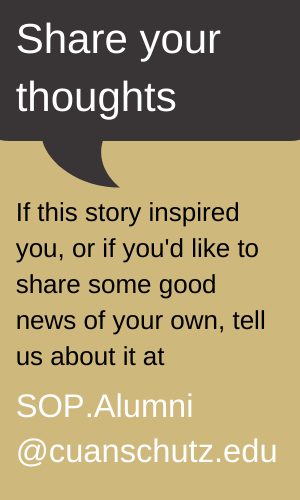 Now as a medical science liaison it's much different, but I'll rewind a year when I was the neurology pharmacist in Montana a typical day there really didn't exist because there were different things every day. I had patients across the board. Whether that was dealing with immune mediated neuropathy, MS or epilepsy, or a migraine so it would vary quite a bit. Basically, when I was there, I was just like any other provider. I had a schedule. I had patients on my schedule. They would come and check in and visit with me. Depending on what we had on the agenda, that would really drive the appointment. Sometimes that was teaching them how to inject themselves with things for treating migraines. At times, it meant spending a few hours with them walking through different therapy options for MS and deciding what worked best for them, explaining what monitoring they would have to do and the cost of the medication and determining what fit in their lifestyle best. It could also involve walking a patient through their medications and trying to figure out if there were any interactions, and if the interactions were tied to some of the symptoms they experienced. I had patients that were on 50 or more supplements that we would have to sit and go through and determine whether those were safe to take after they had a stroke. So that was a very, very fulfilling experience and I really enjoyed that and that particular location. They treated pharmacist just like any other provider, so I really, really enjoyed that.

Of course, that all led me to this career now that I have as a medical science liaison, which this is much different. I don't get to see patients anymore. However, I get to touch many more patients than I did where I was before, because now the appointments I have are with neurologists, physicians, assistants and nurse practitioners in the neurology space. I get to teach them about MS medications and the the newest data coming out from the American Academy of Neurology. I get to educate them and then they take that information and pass along. So, instead of being at one clinic and seeing those patients, I get to touch patients at clinics all over the state of Colorado.