Home News 'I Want to Support Their Greatness' back to News

Dr. Tina Brock is excited to be the new Associate Dean of Education at the University of Colorado Skaggs School of Pharmacy and Pharmaceutical Sciences. And she said every word in the name of the school, almost without having to pause. Almost. 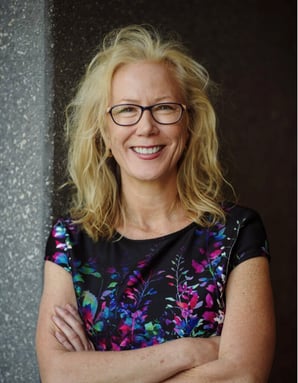 Brock is no stranger to pharmacy and pharmaceutical sciences. A small-town girl from McComb, Mississippi, she was heavily influenced by her community pharmacy and saw how integrated healthcare is a game-changer. She has a double bachelor’s degree in German and Pharmacy, because she says, “There is an art and a science to healthcare.”

She continued in pharmacy and earned an MS in Pharmaceutical Marketing. As a pharmacist, Brock worked at the University of North Carolina at Chapel Hill, and while there she earned a doctorate in Curriculum and Instruction. Brock teaches pharmacists how to teach. She’s been on the forefront of pharmacy education since 1998, when she was starting to teach pharmacy students how to immunize and traveled to Colorado to give an invited talk on this work. Since that time, she’s lived and worked around the world – with pharmacy education teams at University College London in the United Kingdom, University of California, San Francisco, and Monash University in Melbourne, Australia.

She is in Colorado partly because during the pandemic, living in Australia meant she was unable to visit family regularly. She is at CU Pharmacy to create agents of change, who will prosper and grow in their field.

When we caught up with Brock, it was her whirlwind first week at the Anschutz Medical Campus. Her office was still bare, except for cards from her colleagues at Monash.

“I don’t leave a new job and take a new job,” she said. Her Mississippi accent almost invites you into a conversation. “I expand and diversify a network.”

Brock has had connections with Colorado, by her estimate, for the last fifteen years.

“I knew the person in this job before me, and I would call her a lot and ask about her experiences, and what was happening in Colorado,” she said. “Some of the academics here actually were my students when I taught in North Carolina.”

Brock is a devotee to Michael D. Watkins’ book, “The First 90 Days.” She held up a copy of the book, a new and expanded edition purchased for this job.

“I have read this book probably seven times,” she said. “And each time I start a new position, I read it again.”

She laughs, “When I follow this, fewer things go wrong.”

According to Brock, “The First 90 Days” is a lot about relationships, culture, and getting to know people.

“Sometimes when you start a new job, they go, ‘We have been saving some problems for you and here they are and please solve them’ and I say, ‘No, no, no, I will get to know you and I will elicit from you how you like to work and what your goals are, and then together we will solve those problems.'”

Together is the key word. Pharmacy practice in Colorado is extremely progressive, compared to many other places in the world and within the United States. Colorado is a leader in pharmacy advocacy. In the last legislative session alone, Senate Bill 16-135 and House Bill 18-1313 allowed for the provision of healthcare services by pharmacists to increase public healthcare access.

“There are some things that pharmacists can do here that they can do in very few other places,” Brock said. “The opportunity to work in a state that has progressive pharmacy practice, plus [CU Pharmacy’s] strong educational vision, plus being in an academic medical center where there are other healthcare professionals that we can collaborate and do this hard job together is extremely appealing to me.”

With her background in curriculum and instruction, collaboration is big. Intersystem approach is big.

“Diverse teams make better decisions,” Brock explained. “They solve problems better. Not necessarily faster or easier, but the challenges in healthcare right now are really not simple. They are more systems-based, and it’s going to take all of us, working together, trusting each other, relying on each other, and creating a shared language to make healthcare better.”

“We are in a privileged place to be on this beautiful campus and have access (to healthcare), yet everyone has a story of a challenge in healthcare,” she continued. “‘My grandma has this [health struggle], my mom has this [complication with access],’ we have all been there. Education has an ethical responsibility to improve that. The strategies that worked when we were not necessarily a mobile society just will not work anymore.”

Arriving on a new campus during a pandemic is not lost on her.

“Everyone is working so hard. Most people haven’t had a break. Many people are educating their kids at home, dealing with openings, closings. I get it. But I also think, so many times in history, when things were at their worst, so many great things can happen.”

To make change, she says, it’s time to rewrite some of the rules. Even the metrics by which we call ourselves successful.

“At different points in my career, success would be bringing in a lot of research dollars, educating a lot of students, taking good care of patients,” Brock explained.

“Over the last year and a half, the one thing that I learned is, it’s people first. So, support them. Advocate for them. Remove unnecessary roadblocks for them. And their internal motivation for mastery and autonomy and purpose will drive them. If I just help clear the path for them, they will achieve more than what we could ever envision.”

“I am a clinician by practice, but what I have done over the last ten years is really dive into what are the things that allow a team to be a high functioning team,” she said.

Brock says that a shared bond will allow a team to achieve a goal together. In her vision, just like one brings a patient into the care model, she wants to bring the students into the teaching model. She doesn’t want buy in. She wants investors, and people to see themselves as part of what is done at CU Pharmacy.

“It’s my job to bring those people to the table, she said. “And make sure that they feel valuable as well as valued, and that they can be individually successful by helping to achieve a team goal.”

She again held up her copy of “The First 90 Days.”

“One of the rules in this book is, don’t always rely on what has worked in the past, because this time it’s different,” she said. “I am coming to great people, and I have so much respect for them. I don’t want to get in the way of their greatness. I want to support their greatness.”

As Brock was leaving Monash University to come to Colorado, the state of Victoria, Australia passed regulation to allow pharmacy students to immunize, something she had been pushing during her time there. Something she had also been teaching in 1998, when she came to CU to give an invited talk on her work and the work of others.

A few years after that invited talk, in an American Pharmacists Association journal, Brock read an article from a student leader who went to that 1998 conference and led a movement in Colorado to pass regulation to allow pharmacy students to immunize.

“Many years later, for me to be in Colorado, that is a big boom,” she said. “It has come full circle. A full and happy circle.”