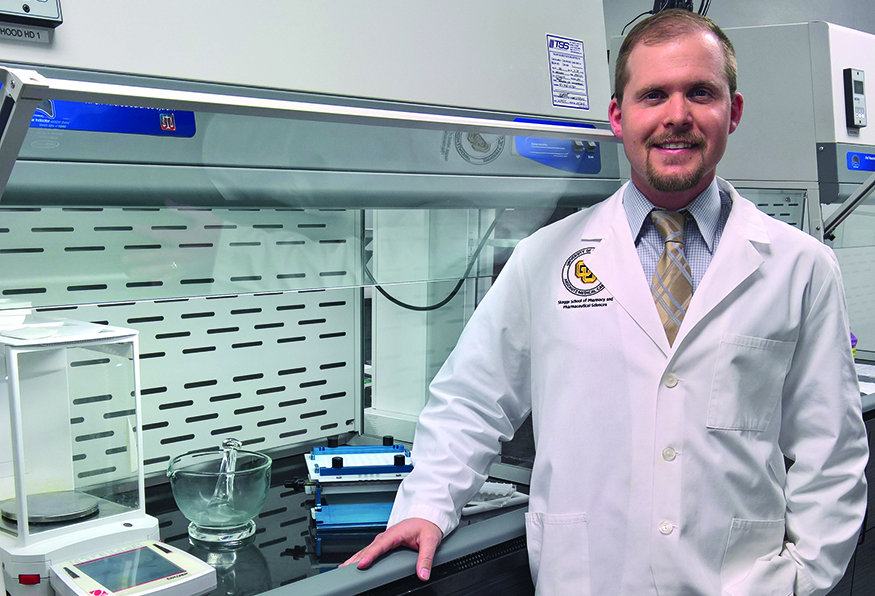 It's hard to believe that recent CU Skaggs School of Pharmacy graduate Adam McHenry was ever a problem child. As an eighth grader, McHenry was a handful. "I didn't care if I was in class or not. I hung out with the wrong crowd," says McHenry.

One day, the school called his parents and told them that they had not seen him for a while. "The next month, my parents enrolled me in a Lutheran school. It turned my life around."

In high school he was introduced to science and pursued his passion at Metro State University. But it wasn't easy.

"I took chemistry that first year and failed. I took it over gain and aced it. Then I fell in love with it," says McHenry.

He thought about pursuing a PhD, but after graduation decided to take a job in Alaska where he worked in a rural clinic and was exposed to pharmacy. "I didn't have answers and went to Alaska to find them. This was an opportunity." An opportunity where he discovered a love for patients and interacting with them.

McHenry returned to Colorado and began working in a compounding pharmacy where he used his chemistry skills to develop different formulations for patients, and learned the art of compounding. "I guess I have an adventurous side that loves to learn new things, and believe in pursuing everything that comes my way," says McHenry. Always on the move with a new idea or adventure, McHenry is not one to sit still.

His next big idea and opportunity is owning and building his own compounding facility in Parker, Colo. McHenry purchased an existing business, Sky Ridge Compounding Pharmacy, and is transitioning it to his own operation. Sky Ridge Pharmacy underwent a name change to Noble Compounding Pharmacy, which opened in May and sits at the corners of Parker and Plaza roads.  McHenry's market niche is developing relationships with providers, as the business does not market direct to consumers.  According to McHenry, "It's about building that trust with the provider and knowing their prescribing patterns."

"During the last few years, compounding has gotten a bad name," says McHenry. "Compounding isn't going away. This is an opportunity to promote compounding and make it respectable again."

And, McHenry has the drive and passion to do it.

We interviewed McHenry at commencement: