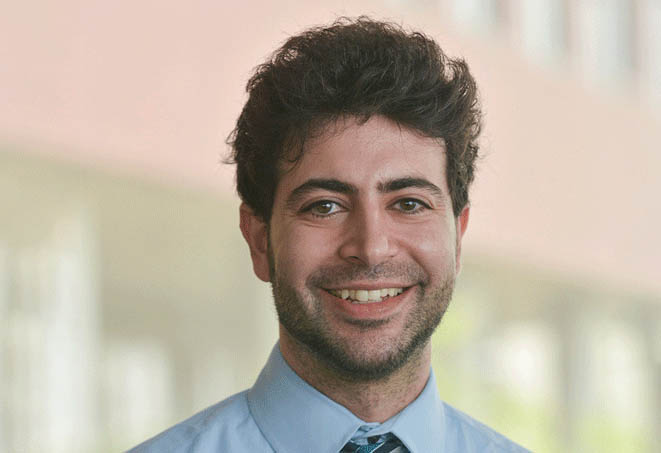 Creator and host of the Talk Pharmacy podcast, Ahsun Babalmorad is a natural when it comes to interviewing his subjects. The program, which airs on iTunes, provides listeners with interviews of students and faculty, offering insights into the world of pharmacy and the CU Skaggs School of Pharmacy.

Of Iranian heritage, Babalmorad comes by his ability to talk -- and more importantly to listen -- naturally. His father worked for an American oil company prior to the Iranian revolution in the 1970s and was sent to study engineering in the US. While here, the revolution broke out back home, so his father and mother decided to stay and raise a family. "At that time, my parents saw more opportunity in the US than in their home country," says Babalmorad, a first generation American and Colorado native. His laid back vibe allows him to draw out his interviewees. He doesn't talk over them, but listens. A skill that will be invaluable as a pharmacist. "Listening is a really important skill for pharmacists. We are schooled on how to counsel --which is great -- but you can't counsel unless you can hear what your patient is saying," says Babalmorad.

Interning at Walgreens since his undergraduate days, Babalmorad says his "retail experience has allowed him to see how much patients depend on pharmacists." Post-graduation (May 26), Babalmorad secured a position with Walgreens as a floater. "It's cool being a medications expert. I love being considered one of the most accessible of all the health care professions, and being a part of a major change in retail pharmacy -- allowing pharmacists to come out from behind the counter and really have a clinical role with patients.  That's exciting."