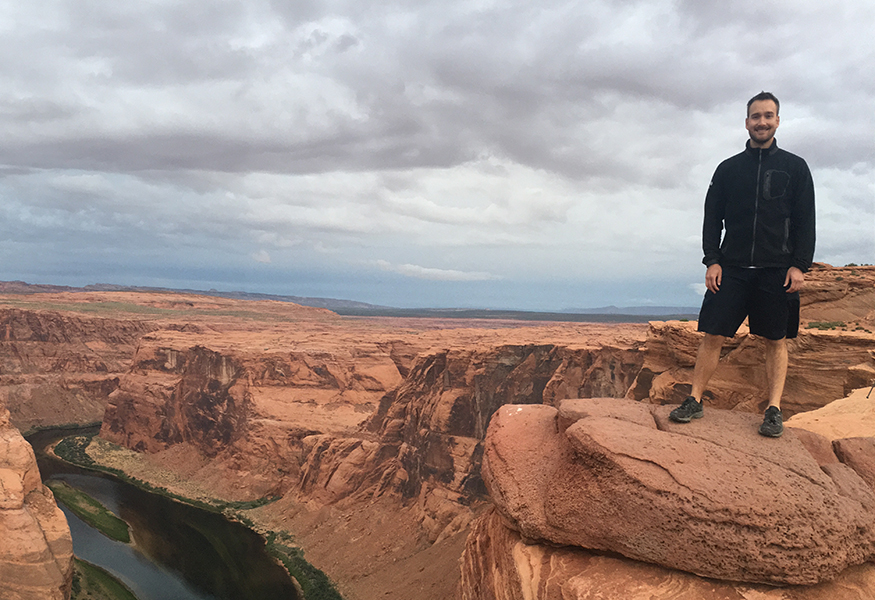 Home News In Memoriam - Classmates reflect on the life of Dr. Steven Henke back to News

On Monday, August 6, 2018, Dr. Steven Henke, a 2018 graduate of the PharmD program at CU Pharmacy passed away unexpectedly. In his obituary, his family says he passed due to complications from a muscle deterioration disease. A Celebration of Life and reception was held Thursday, August 9th in Parker, CO and it was attended by his family and his many friends. A couple of his really good friends has this to say about him:

"First and foremost, Steve lived to make others laugh - even at his own expense. You could rely on him to goof off with you if you wanted to procrastinate, but he was so inherently smart and hardworking that you could've found him covering a shift at Walgreens the night before an exam and yet he'd still outscore you. Then if he could, he would've tried to give you some of his exam points if it meant you'd be happy and successful. He always knew a way to ease your worries, make you feel better, or cheer you up. Steve was such a light to so many people and left an incredible impact on all of the lives he touched. It's rare to find a person as selfless as him, and I can't put into words how much he will be missed.”

“Throughout pharmacy school, Steve became one of my best friends. During the first two years of pharmacy school, he lived down the hall from me and Andrea. More often than I would care to admit, we played Nintendo 64 when we should have been studying; survived off of frozen food when we should have learned to cook; and laughed way too hard when we should have been stressed. Steve was the most naturally gifted, kindest soul I have ever met and he had the strangest sense of humor. He was definitely our class clown. He would have been an amazing pharmacist. He was extremely intelligent and equally selfless, which is a truly amazing combination. We miss you so much, Steve.” 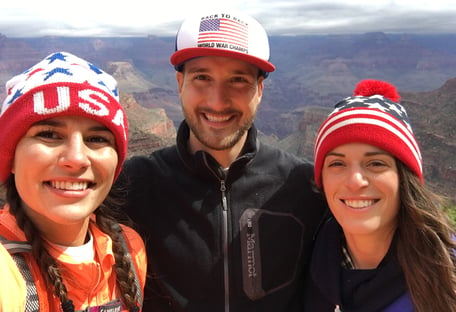 The rest of his obituary is below, our deepest condolences go out to the family and friends of Dr. Henke.

Steve was very smart, compassionate, and had a great sense of humor.  He decided that he wanted to become a pharmacist when he was giving injections to patients during a mission trip to Kenya. In May 2018 Steve earned a Doctor of Pharmacy degree from the University of Colorado Medical Campus, Skaggs School of Pharmacy.  He then passed all of his State exams and was ready to begin a pharmacy job at Walgreens which he had previously secured.  Although he worked very hard to achieve his degree, he never missed an opportunity to have some fun. For example, he won the class Halloween costume contest twice, once for his dinosaur outfit and once for his mail-order bride outfit.

Other notable characteristics of Steve:

He loved African giraffes and dearly loved his mini-dachshund, Kiwi.  He wore many outrageous t-shirts. As a master salesman, he could sell anything on eBay.  He knew how to consistently get free pizzas by being the most vocal fan at CSU volleyball games.  He was a video game aficionado.  He personally installed an absolutely awesome sound system in his car and played his music really loud (the bass could almost knock you out of your seat).

Steve was quite an athlete and kept himself in great shape.  He loved riding his bike, weightlifting and conditioning, snowboarding, kayaking, hiking in Moab, kickball, jumping on a trampoline (he was really good at this), and soccer.

Steve is survived by his parents, Dave and Beverly Henke of Centennial, Colorado; his brother, Brad Henke (wife Elise) of Vancouver, Canada; his aunt, Diane Zikes of Aurora, Colorado; his uncle, Paul Henke (wife Bonnie) of Tinley Park, Illinois; and his uncle, Mark Henke of Ocean Shores, Washington.  He also is survived by his great-uncle, Ralph Jones of Bryan, Texas; his great-aunt, Pauline Brown, of Channelview, Texas; and many close friends and cousins.  He was preceded in death by his uncle, Frank Zikes of Aurora, Colorado and his grandparents.

Most importantly, Steve was a Christian, and although he will be greatly missed, we know he is with Jesus now and we will see him again someday.

Lyrics from Trust in You by Lauren Daigle and Michael Farren