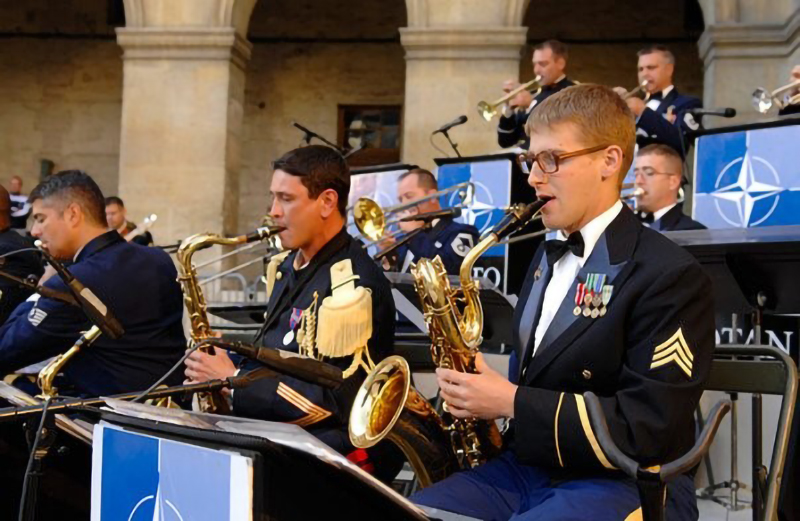 For seven years, Dan Galipeau served in the US Army as a military musician, playing saxophone and sometimes piano. Performing for deployed troops, their families at home, international audiences and dignitaries including the President of the United States offered Galipeau a window to the world. “My military career took me to more than 15 countries representing the US Army and NATO,” says Galipeau.

In addition to performing, he also had other duties which at times included being a sound reinforcement specialist, librarian, HR specialist, operation and logistics coordinator, music arranger and hazardous materials duty driver!  “There wasn’t a dull moment.  I even had the opportunity to perform on the same stage as musical groups such as Earth, Wind and Fire and Tower of Power,” recalls Galipeau.

But when the music stopped and his career in the military was over, Galipeau found himself at a loss. “I really didn’t have an exact idea of what I wanted to do,” says Galipeau. After auditioning and being accepted at several colleges of music, he decided that “I wanted to do something more than music. And after my experiences in the military traveling around the world and seeing the desperate need for healthcare, I wanted to pursue that interest and help address that need.” While working on his Bachelor’s degree, he worked as a phlebotomist, shadowed PAs, trained as an EMT – all before he stumbled on pharmacy and began volunteering in a hospital pharmacy.

While volunteering, he discovered the concept of ‘pharmily’ – the strong support system within pharmacy. “It was during my volunteering experience that I realized that I didn’t see myself doing anything else besides pursuing a career in pharmacy. From there, I worked as a pharmacy technician for a year before starting pharmacy school and here I am!”

You may think that being a professional musician and being a pharmacist are opposites, but Galipeau says there are similarities. “Musicians don’t just aim to hit the correct note. They also want to do so at the right time with appropriate intonation, attack, volume, quality, and duration,” says Galipeau. Pharmacy also requires strong attention to detail to make sure the right medication is given to the right patient, at the right dose, with the right route at the right time.

According to Galipeau, success in either profession depends on a high level of attention to detail, as well as teamwork. “As a musician, you have a sense of what other musicians are doing, and what they are going to do, to make music that is in sync,” says Galipeau. Pharmacy also involves working as part of a team, “ensuring that we are all doing what’s in the best interest of the patient.”

Galipeau’s next adventure is at Houston Methodist Hospital where he is sure to hit all the right notes as a PGY-1 resident.