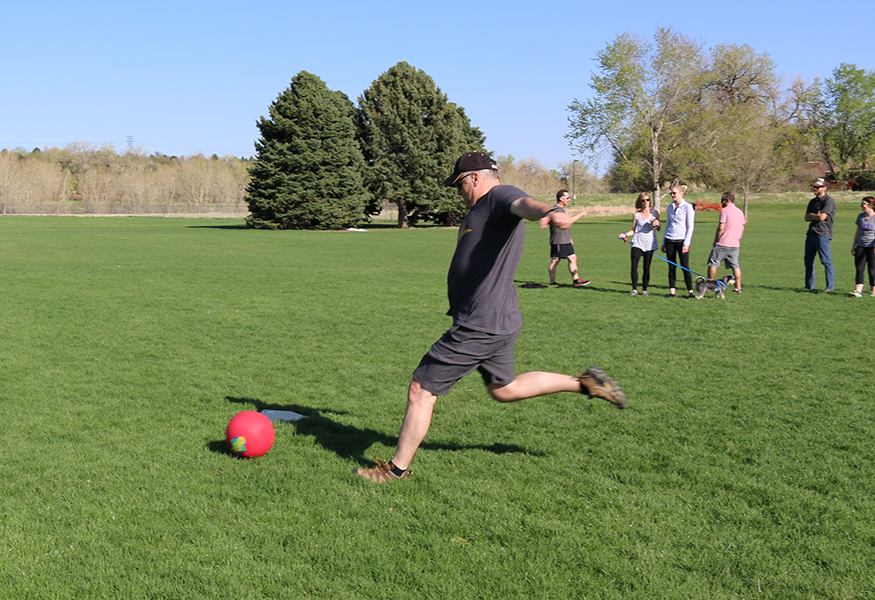 Home News Not Just for Kicks back to News

Kickball is fun, especially when you have a chance to beat CU Pharmacy faculty members and raise money for a good cause at the same time!

Over 120 faculty, students, and residents participated in a kickball tournament to raise money for Alcanzando. The organization promotes autism awareness in South America. The founder is a relative of CU Pharmacy faculty member Ben Chavez, PharmD. A total of $891 was raised and faculty members helped round it up to $1000! 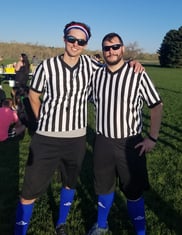 The final game of the tournament was between faculty and residents. The resident team came out on top! "It was great seeing students, residents, and faculty have fun together and socialize. I was really impressed with the turnout and appreciate everyone's support," said Chavez, who was also the faculty organizer of the event.

A big shout out as well to the student organizing committee, led by Nikolas Kovacich, who brought food and drinks, help set up, and even ref the games. There are already plans in the works to host the kickball event next year.