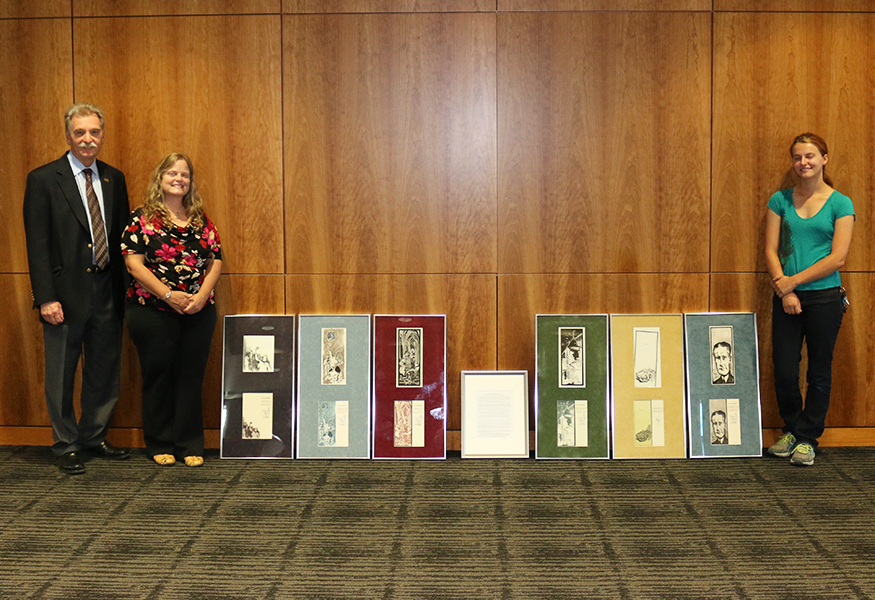 Home / News / Not Just a Pharmacist

CU Pharmacy alumnus Richard Onufrock balanced two worlds - the worlds of pharmacy and art. Throughout his life, the graduate of the Class of 1961 worked as a pharmacist and an accomplished illustrator.

In 1962, just after graduation, Onufrock was commissioned by former CU Pharmacy faculty member Dr. F.C. Hammerness to create illustrations for the Colorado Journal of Pharmacy.

His daughter, Amy Owsenek, contacted the school on her father’s behalf to donate some of his work. ͞"My father has always been a huge supporter of his Alma Mater. He has donated what he can over the years to ensure others can live as rewarding a life in pharmacy as he has. At 84, he is still a registered pharmacist in three states."

Onufrock asked that his daughter and granddaughter, Anya Owsenek, a current CU Boulder student, present the pieces to the school. Six framed original pharmacy illustrations were donated and will now be preserved and displayed at CU Pharmacy.

Thank you to Richard Onufrock and his family for the generous, historical contribution.