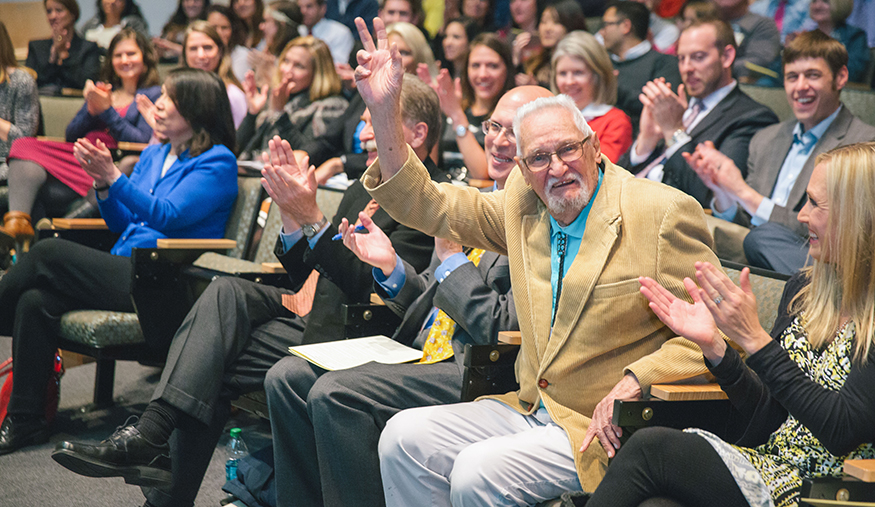 Excitement was in the air during the 2016 Scholarships and Awards Convocation on Friday, April 29,  when students and faculty were recognized for their achievements throughout the year.

Emceed by Associate Dean for Academic Affairs David Thompson, PhD, the event moved quickly, and included smiles, cake and candles, and a surprise birthday sing-along. Awards and scholarships ranged from plaques to thousands of dollars to the well deserved recipients. Poignant moments included the JP Prescription Drug Awareness Foundation Scholarship with their signature cap, t-shirt and #1 pose with scholarship recipient Anna Allen, and the crowd serenading, friend and donor, Gene McMahan in celebration of his 90th birthday.

McMahan, whose daughter, Teresa McMahan Shulkin, graduated from our school in 1976, created a scholarship in her memory after her passing in 1994. For the past 22 years McMahan has gifted a year of tuition for a P-3 student. This year's recipient was Nicholas Mimmack, who was in shock at being selected for the honor.