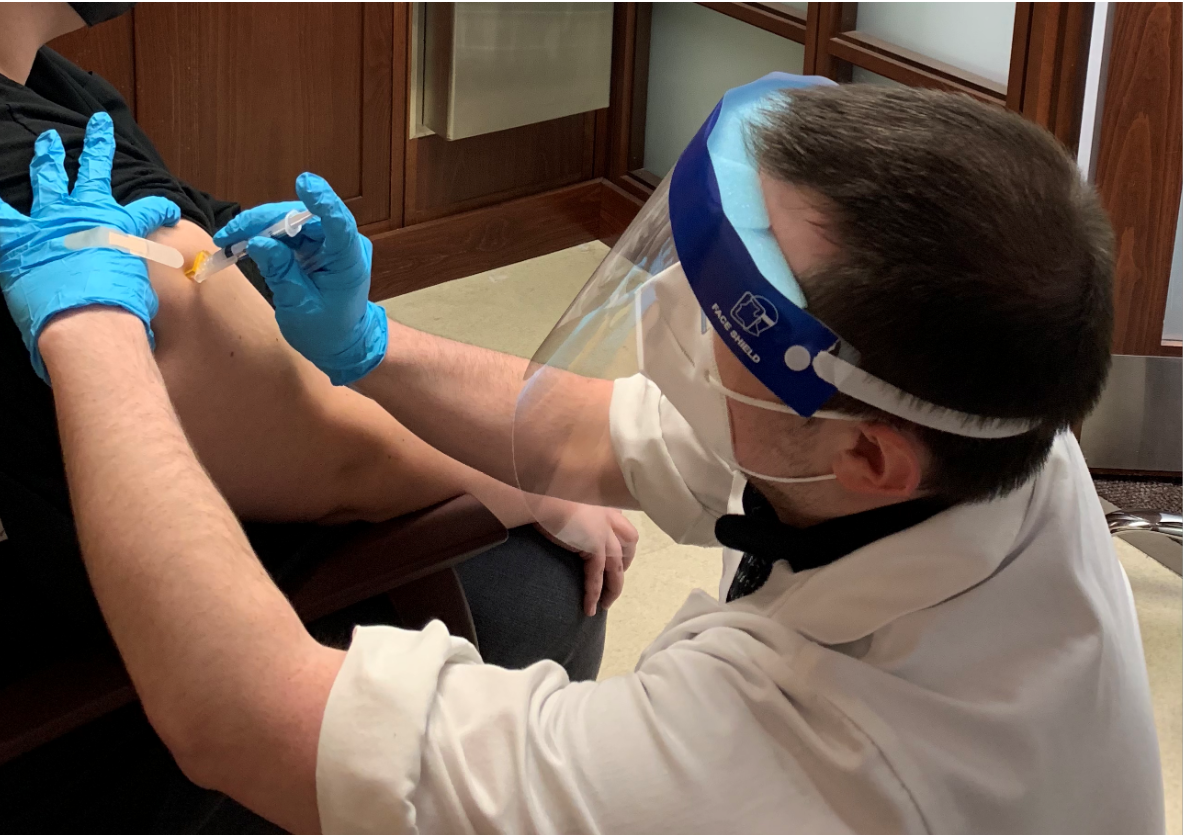 The Experiential Office at the CU Skaggs School of Pharmacy and Pharmaceutical Sciences is a model for hands-on pharmacy programs across the nation. Known for providing clinical opportunities starting in the first year of pharmacy school, the program is used to activating students to respond to community needs. In a normal year, those requests are generally along the lines of providing wellness checks or administering flu vaccines, but this year the stakes are higher and the request much more urgent. 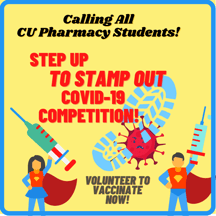 The FDA authorized the Pfizer vaccine for emergency use on December 11, and Colorado received the first shipment of the vaccine on December 14. Since then, the Experiential Office has been flooded with requests for student vaccinators.

According to Wesley Nuffer, PharmD, Associate Professor and Assistant Director of Experiential Programs, the demand for vaccinators is historic and far surpasses the previous highest level experienced with the 2009 H1N1 epidemic.

In an effort to organize an already-motivated group of pharmacy student vaccinators, Dana Hammer, PhD, Senior Instructor and Faculty Lead of Student Professional Development, along with eager students and others from her office, created the “Step Up to Stamp Out COVID-19 Campaign and Competition.”

“Wes (Dr. Nuffer) and I had the same ideas as soon as the office began to get requests for student vaccinators, which was to track their participation and create a contest to recognize, honor and celebrate their work,” Hammer said. 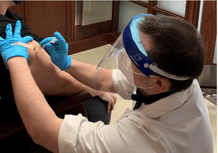 COVID-19 vaccine as part of his

Jase Archer is a fourth-year pharmacy student who works as an intern at Safeway pharmacy. Since the vaccine’s arrival, he’s been traveling to different pharmacies around the Denver metro area helping to administer the COVID-19 vaccine. He says that being able to administer the vaccine at community pharmacies has made accessibility to the vaccine much easier for those who currently qualify to receive it.

“It has been challenging but also very rewarding,” Archer says. “The vast majority of people who are receiving the vaccine are extremely grateful and excited to be getting it. On an average day, an individual pharmacy administers between 60-70 vaccinations, so it is essentially an entire day of vaccine administration. Naturally, there are a lot of questions so relaying information and educating patients is a huge part of the job, as well.”

In addition to educating patients, CU pharmacy students are themselves, receiving an extraordinary educational experience as they participate in a historical vaccination effort. Weekly vaccination totals are accessible here, and competition winners will be officially recognized closer to commencement.

Until then, kudos to all the pharmacy students who are stepping up to stamp out COVID-19.