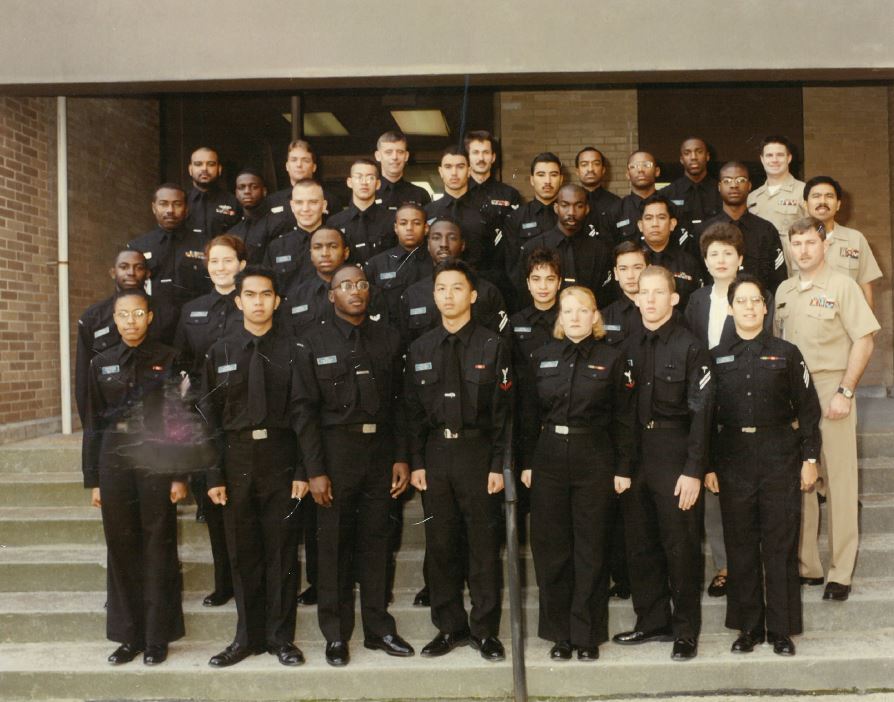 For many students, the path to pharmacy is clear. They graduate high school, go on to college, and eventually continue on for four more years in pharmacy school. But for Robert Minchin and Daniel Saltzman, their paths were a little less traditional, having enlisted in the military prior to pharmacy ever crossing their minds.

“Back then I was heavy into the fighting scene, like the UFC. After I lost my first fight, I decided to join the Navy to become a SEAL,” said Minchin.

It was this decision he didn’t know would lead him down the pharmacy path.

“You take a test at the beginning of your naval experience that tells you what you’re qualified for, and I was to be a corpsman, or a medic, and I thought that would be useful on the SEAL teams,” said Minchin. “I did very well in the coursework, so they offered me another school, and that’s where pharmacy had come in. I could have been an X-ray tech or physical therapy tech, but with pharmacy school, I thought I would learn about all the supplements I was using for my training, so I picked pharmacy school.... I learned nothing about supplements,” he laughed.

Minchin spent the following years as a pharmacy technician for the military – dispensing medications for his fellow comrades and high-ranking military officials on hospital ships and at the National Naval Medical Center in Bethesda, Md. The experience ultimately led him to apply for pharmacy school. 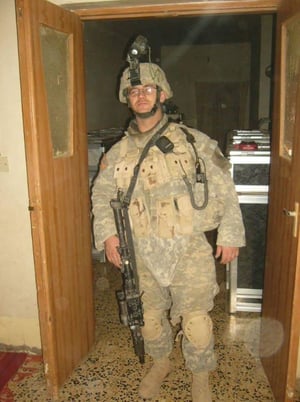 Saltzman, however, enlisted in the army and served as an infantryman for three tours in Iraq. It wasn’t until after he landed an assistant manager position at a local Walgreens that he began thinking of a career in pharmacy. The position, along with the advice of a friend, propelled him to begin applying for pharmacy school.

“I began thinking about pharmacy school while I was deployed, and I knew I wanted to go to a prestigious school, because I wanted to make sure my doctorate counted more,” said Saltzman. “CU ranked highly – I knew it had all new facilities – and it just jumped out at me. Plus, Colorado has a benefit where veterans can get in-state tuition as soon as they get here.”

Lessons learned in the military

For both Saltzman and Minchin, their experiences in the military proved helpful in pharmacy school.

“I think the biggest thing you learn in military is perseverance, and coupled with the discipline the military instills in you, you’re really set up for success in school,” said Saltzman. “You go through some hard times in the military where you always have to remind yourself how much greener the grass is on the other side, and I think that same mentality works out in pharmacy school, too, because there are some rough times in pharmacy school. It’s a lot of work.”

But even so, Saltzman and Minchin don’t ‘sweat the small things.’

“One of the more defining moments for me in the navy was my time in Basic Underwater Demolition/ Seal training– it’s the best and worst time of your life – you’re cold, wet, and sandy all the time and there’s no end in sight, so when you’re studying at two in the morning, tired, it’s not as bad as what it could be. That kind of thing molds you into a different kind of person – you don’t sweat the little things as much – you have a profound perspective of how miserable things can be, so pharmacy school’s not so bad,” said Minchin.

Following graduation, Minchin plans to work for Walgreens and is considering pursuing an MBA; while Saltzman’s goal is to work for the VA.