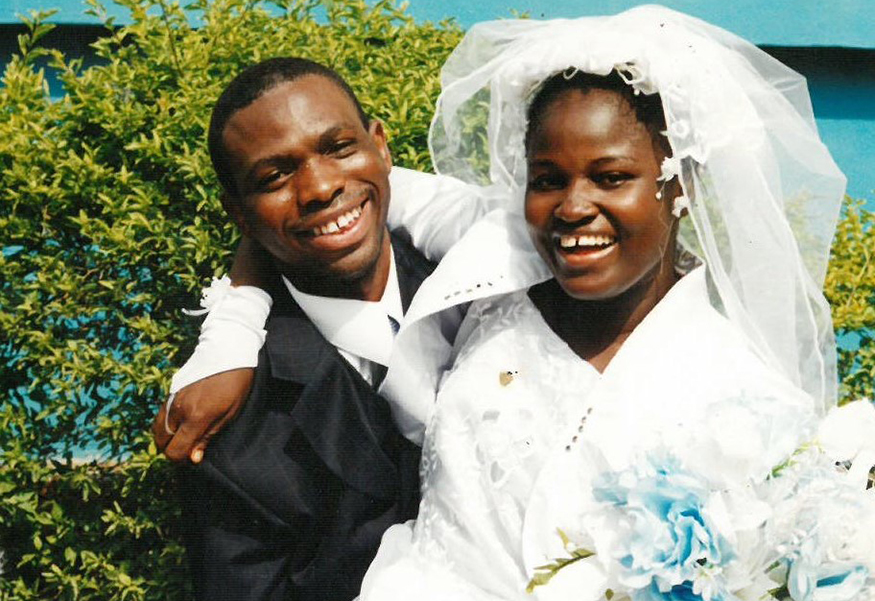 Home News PhD Student Counts His Blessings back to News

Of Nigerian heritage, Abraham won a diversity immigrant visa in 2005 through the U.S. visa lottery system. The visa lottery allows foreign-born nationals to migrate, and eventually US citizens.

Up to 50,000 visas are available annually – through a random process – to individuals from countries with low rates of immigration to the US.  More than 2 million Nigerians apply each year and a little over 6,000 win this distinction. Despite those odds, Abraham was a lucky recipient of a visa. “I was so happy. The visa created a lot of opportunities for me,” Abraham says.

Armed with a BS in Biochemistry from the University of Ilorin in Nigeria, Abraham began looking for a job and discovered that an advanced degree was a requirement for the positions for which he was applying.  “This knowledge instilled a desire to continue my academic career,” recalls Abraham.

He took the GRE (Graduate Record Examination) and sent for his transcripts, and then enrolled at CU Denver where he earned an MS degree in Chemistry.  While Abraham continued with his educational pursuits he also found time to return to Nigeria and marry his college sweetheart, Blessing, who had also attained her BS in Biochemistry.

He then began knocking on doors at the Anschutz Medical Campus and eventually crossed paths with Associate Professor Dan LaBarbera, PhD, who gave Abraham an opportunity to work in his lab at CU Pharmacy.

After a year working on novel anti-tumor agents for colorectal cancer, LaBarbera recommended Abraham enroll in the PhD program where he received an NIH diversity grant that covered his stipend and tuition for four years.  He then received another grant from the Toxicology program, which covered his stipend and tuition for his final year. “I am so grateful for the awards I received.  I couldn’t have afforded school without them,” says Abraham. During the time Abraham was working on his PhD, Blessing was accepted into and began the PharmD program, also at CU.

In May 2018, both husband and wife graduated from CU Pharmacy – as doctors -- Adedoyin with a PhD and Blessing with a PharmD. Counting their blessings, the Abrahams want to give back, “The US government believed in me, so I need to contribute to benefit this country.” Fingers crossed, they will be able to do so with Blessing in community pharmacy and Adedoyin pursuing cancer research.