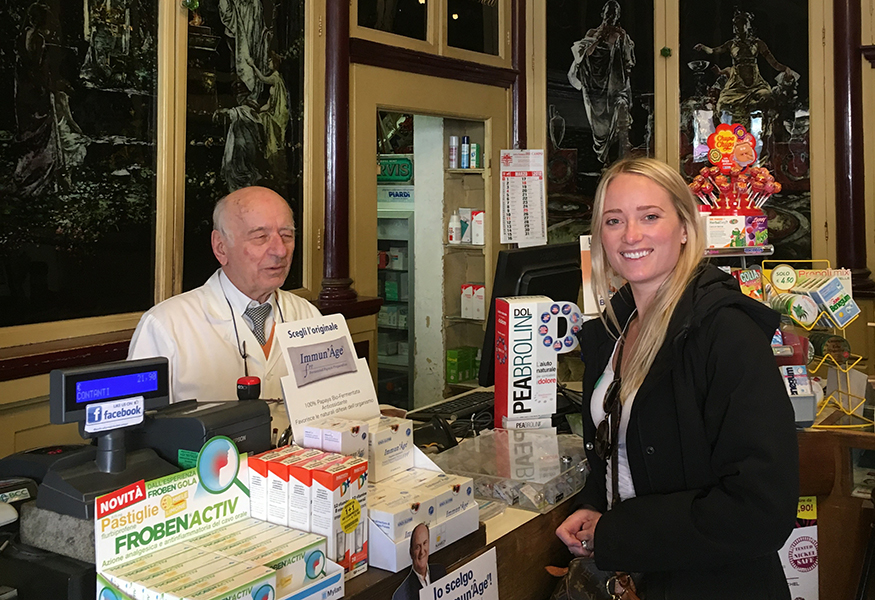 Home / News / It's a Small World After All: Surprise CU Connection in Italy

When in Rome...meet Italian pharmacists! That's exactly what fourth-year CU Pharmacy student Karly Bergquist did on her vacation to the country.  When she was in Siena, a city in Italy's Tuscany region, she walked into a local pharmacy and learned a surprising fact about the pharmacist, "I found out that he received a Bachelor of Science from none other than the University of Colorado, over fifty years ago, before moving back to Italy! He was so excited, he toured me around his entire family pharmacy!" Explains Bergquist.

The pharmacist's name is Pier Terigi. Bergquist says he told her that his son works in the pharmacy with him and his daughter is graduating from pharmacy school in October and will be working there as well. Below are some of the photos from her trip, such a small world! Bravo!