Listening to Dr. Meghan Jeffres and her students explain their infectious disease work brings to mind the 80’s arcade game Space Invaders, in which an intergalactic battle plays out between defending forces and evil alien elements. The researchers describe an inner world, specifically the large and small intestines, in which tricky bacteria use enzymatic mechanisms to destroy the antibiotic sent to destroy it. Welcome to the front line of the infectious disease battleground. 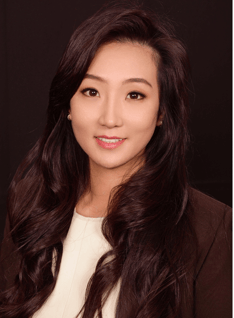 Crystal Kim and Lawand Kamal, both fourth-year PharmD students, descended into the world of infectious disease with the guidance of professor Meghan Jeffres, PharmD, who served as their preceptor for their six-week research rotation. Their mission was to conduct an intensive retrospective clinical data study to prove or disprove a microbiologic theory.

“We have this theory, but we don’t have good clinical data that tests the theory,” Jeffres said. “The general assumption right now is ‘Don’t use antibiotics that aren’t stable, or that get destroyed by a group of Enterobacteriaceae [gut bacteria] that make enzyme that destroy many antibiotics.’ That practice habit means we can’t use a ton of beta-lactams which narrows the treatment options.”

After spending about a hundred hours of literature review, the study required Kim and Kamal to meticulously comb through more than 500 patient records. To accomplish the herculean task within the six-week time frame, the student researchers developed a deep partnership and a nearly round-the-clock data collection protocol.

“Sometimes Crystal would wake up really early and I would go to sleep at four or five o’clock in the morning, so I would take the night shift,” Kamal said. “We were just pushing each other to complete the project. Especially during data collection phase because, it’s very, very slow and you have to be methodical and make sure you’re doing the exact same thing for every patient.” 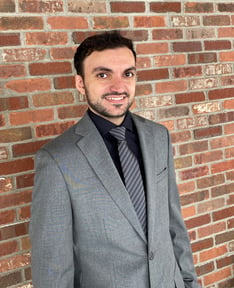 “I think what kept me going the whole six weeks was that partnership (with Kamal),” Kim said. “We were always pushing each other and if someone needed help, we were there for each other.

Roshambo to the Rescue

That selfless partnership would display itself when Kim and Kamal found themselves having to make a decision on who would be the first author of their work. Although the research initially began as a shared project, it soon became evident that it would need to be split into two separate studies to accurately compare the four antibiotics under consideration. What empirical method would the student scientists employ to make their decision?

“It was settled by a game of rock-paper-scissors!” Jeffres recalled. “Crystal ended up losing, multiple times. Which meant that Lawand got first pick between two manuscripts. He knew Crystal’s favorite project and picked the other one. That’s the kind of teamwork they had.”

The Power of Partnership

It would take such teamwork to fuel the student researchers through the often-grinding process of retrospective research projects. 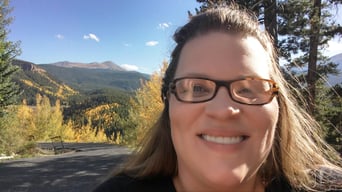 “To do a research project from beginning to end is all about perseverance and tenacity. It’s an emotional roller coaster,” Jeffres said. “A ton of your time is spent gathering data and creating your data base. It’s tedious. It’s pretty boring. And if you’re doing it by yourself, it’s easy to say, ‘I’m outta’ here.’”

Fortunately, Kim and Kamal stayed the course and produced research that could have significant impact on patient care.

Kamal’s research compared the efficacy of third-generation cephalosporins against carbapenems in the treatment of specific intestinal infections, while Kim’s project studied piperacillin/tazobactam versus cefepime. Both studies provided evidence that, despite current practice, it is safe to prescribe what are considered unstable antibiotics as a first-line treatment option, thereby reducing the chances of developing antibiotic resistant infections caused by overuse of the stable antibiotics.

Kim’s research project was selected as one of this year’s recipients of the Student Research Symposium in which 140 projects vied for honors.

Moving forward Kim hopes to pursue a pharmacy career in infectious disease, while Kamal’s plans include internal medicine pharmacy. Both students credit the research experience with making them more confident and prepared for the future.