A new study of Medicare payments has found that over a five-year period, the payments for medications prescribed to people with neurologic conditions like multiple sclerosis (MS), Parkinson’s disease and epilepsy increased by 50% while the number of claims for these prescription medications only rose by only 8%. The study is published in the online issue of Neurology®, the medical journal of the American Academy of Neurology. The study, funded by the American Academy of Neurology, also found that most of the increase was due to rising costs for neuroimmunology drugs, mostly for multiple sclerosis.

Dr. Kavita Nair, professor at the CU Skaggs School of Pharmacy and Pharmaceutical Sciences specializes in pharmaceutical outcomes research and was a co-author of this study.

“What we can learn about the current marketplace is that manufacturers of existing brand name drugs have few incentives to keep them from increasing prices annually despite the availability of less expensive generic alternatives,” Nair said. “For neurological disease states, where the current pipeline has promising new advances in treatment on the horizon, the continuing burden to the patient and the healthcare system about the cost of medications may continue unless there are meaningful efforts to stabilize these trends.”

Overall, there were 91 million prescription claims filed for neurologic medications and Medicare paid $27 billion for the drugs over the five-year period. But the findings, which reflected negotiated costs for the drugs, such as the rates Medicare plans paid to pharmacies, indicated that generics were prescribed more often, but there were still not enough generic or biosimilar versions available for all of the different brand-name neurology treatments.

Drilling down, the researchers discovered that generics accounted for 88% of all neurologic medicines prescribed, but payments were nearly flat at 0.6%. Meanwhile, prescriptions for brand-name treatments inched up from 5% to 6% during those five years, but accounted for more than 42% of the claims. And 45% of the prescriptions were written for brand-name drugs for which generic versions were available. 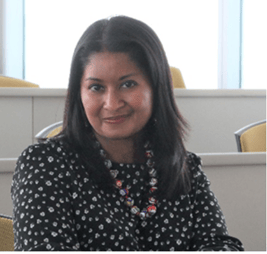 Nair suggested that not all payers may provide the same type of coverage and, at the same time, some neurologists may be not aware of the vast cost differences between brand-name and generic versions of the same drug.

“A few reasons as to why we may be seeing a lower rate of generic prescribing for neurology brand name medications that have generic equivalents. First, payers may not necessarily be uniformly aligned in making  generic equivalents as available to patients as they could be. Second, neurologists may be not aware of the vast cost differences between the brand and generic versions of the same drug,” explained Nair.