There were a lot of things Jim White thought he’d never do: stay in one place long enough to feel roots grow beneath his feet, meet the love of his life, have a child whose daily joy in discovering the world reignites White’s own joy.

But that’s what did happen. He met Kelsey Shiba when he became a professor of jazz studies at the University of Northern Colorado (UNC), and on December 30, 2017, they welcomed their son, Oliver.

After decades as a touring musician, and despite how he’d long envisioned his life unfurling, he’d built something in Greeley – a family, an amazing teaching career, a circle of friends and music, a life he loves living.

So, it’s still incredible to him that only two years before Oliver arrived, when White was a gaunt 50 pounds lighter from chemotherapy and radiotherapy, still recovering from Whipple surgery, still battling bile duct cancer, everything that his life is now seemed intangibly beyond his reach.

“It was like I’d joined this club that nobody wants to be a part of, but once you’re in, you’re in,” explains White, who turned 53 in January. “I’m not sure you’re ever really free of the cancer, because every time I go in for a scan I’m nervous, there’s this anxiety that comes with it.

“But when you have cancer looking over your shoulder, I’ve realized that I’m going to do what I want to do. I don’t feel like I have to apologize for the things that I want, and I realize that life is short. I want to tell people that I love them, I don’t want to waste time or let any time go by because I was too busy to pay attention.”

A life of music before a cancer diagnosis

For as long as he can remember, going back to his earliest memories growing up in Atlanta, Georgia, the things White paid attention to were the rhythms of the world around him. A born percussionist, he heard the sounds and syncopations of life, and translated them to his percussion studies with musical greats. 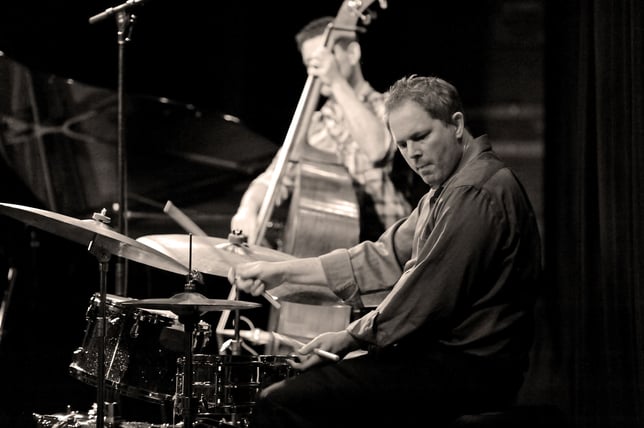 Jim White spent many years as a touring and studio percussionist

After earning his bachelor’s degree in music, he moved to New York and then to Nashville, becoming a sought-after studio and touring musician in jazz, pop, and country. During this time, he also earned his master’s degree in jazz studies/composition.

Through one of his music connections, he heard about a position at UNC teaching jazz studies and applied, partly thinking he’d never get the job. But he did get it, and he embarked on a career teaching young musicians, directing UNC’s Lab II Big Band, supervising the jazz combo program, and touring and performing in his downtime.

Then he met Shiba, a fellow musician, and fell in love. They got married and began building their life together, dreaming of children somewhere down the road.

In May 2015, though, White knew something was wrong. For weeks he felt constant exhaustion and an itch that wouldn’t go away. Because he had a history of headaches, he’d regularly seen a neurologist, so he called her and explained his symptoms. She recommended he get a blood panel “and that showed my liver enzymes being through the roof,” he recalls.

He was scheduled for a liver ultrasound the following month, but continued feeling so bad that his wife insisted he go to urgent care. He was sent for an endoscopy the following day and the results sounded unbelievable: He had cancer.

He had met a local oncologists’ wife at various arts events, so he messaged her through Facebook and within 15 minutes Doug Kemme, MD, called him. “He said, ‘There’s this incredible guy, Richard Schulick, and you have to go meet with him’,” White remembers.

Surgery and then chemotherapy for bile duct cancer

“Jim’s diagnosis was bile duct cancer, which is rarer than pancreas cancer,” explains Richard Schulick, MD, MBA, director of the University of Colorado (CU) Cancer Center and chair of the Department of Surgery at CU School of Medicine. “The head of the pancreas and the bile duct occupy the exact same space, so if a cancer develops in one it can give the exact same symptoms as the other. Sometimes we don’t even know if it’s pancreas cancer or bile duct cancer until we take it out.”

White was seen by the CU Cancer Center multidisciplinary care team, which included Schulick. White remembers feeling “scared to death. Dr. Schulick was like, ‘Look, you’ve got to have this surgery.’ He knew I was upset about it and scared, so he tells me that over half the people that see him aren’t eligible for it, or they need chemo or radiation first, so I realized it was pretty lucky that I was eligible.”

A CT scan from the week before White’s May 2015 surgery showed a mass at the end of White’s bile duct and no evidence that disease had spread to other parts of his body, “which is great,” Schulick says. “Then, when I went ahead and did the operation, I was a little bit worried after I got the pathology results because they showed 10 of his lymph nodes had cancer. I took them out, but that signals that somewhere else in the body there are cancer cells, so the chemotherapy he had was absolutely vital.”

White recovered in the hospital for several weeks, a time when Schulick came by his room every day, White recalls, “and sometimes it was 4 in the morning when he’d come by. I remember one morning he showed up in my room wearing a three-piece suit because he was on his way to the airport,” White says.

“He’s a great teacher, and I’m a teacher, so I would watch him teach the students who came to my room with him. He would always take a moment to teach them and to show them why and what he was doing, and he would do it in an incredibly kind way. I always knew I was in the best possible hands. I am absolutely convinced Dr. Schulick saved my life.”

A sometimes rocky but steady recovery

White’s journey of recovery was not perfect – a common experience for most people diagnosed with cancer. After being discharged from the hospital following his surgery, he was back in the emergency room several days later with an infection and having his stomach pumped.

Chemotherapy also took a significant physical toll, but he credits not only the support of his multidisciplinary care team for his steady recovery, but the unwavering support of his wife. He also participated in UCHealth cancer survivorship programs, making some great friends who understood what he was experiencing – not just the physical toll, but the mental and emotional ones, too.

Learn about supportive care resources from our partners at UCHealth

He remembers getting curious and looking up survival rates for people with his type of cancer with lymph node involvement, and learned the 5-year survival rate is less than 20%. The starkness of that number hit him hard and he was feeling pretty low until he spoke with one of the UCHealth cancer survivorship facilitators.

“I remember she said, ‘I understand you found out the survival rate for your type of cancer and that’s pretty upsetting for you’,” White says. “I said, ‘Yeah, I don’t even know what to think.’ Then she tells me the good news is that I get to decide exactly what I want to do, and all of a sudden this whole burden was lifted off my shoulders. I think it was because she let me know that even though I was being controlled by all this external stuff that I didn’t have a say in, I could control how I reacted to this.”

Before he began chemotherapy, he’d frozen some of his sperm, and his care team advised him not to try for a baby until he was at least a year past his last chemotherapy treatment. “But we ended up not needing it because Oliver came the natural way,” White says.

Start the Conversation About Fertility Preservation Before Beginning Cancer Treatment

White says he’s had a lot of time to think in the more than six years since his cancer diagnosis, and he balks at the word “survivor.”

“I don’t want to imply that I did anything different than my friends who died,” he says. “I didn’t fight some lion, I didn’t kill a dragon, I wasn’t any more courageous or brave than they were. We’re all survivors, regardless of the outcome.”

Of all the perspectives cancer has given him, he says, some of the most important have been to take care of his mental health and to appreciate each moment as it comes, like bright beads on a string.

When he was finally able to sit behind his drums again, after almost a year after his diagnosis, he was initially nervous but settled into a cocoon of bliss jamming with his friends. And every time he holds his son, or smiles at his wife, or guides a student to musical revelation, he is reminded anew that each moment is important.

“I’m alive,” he says. “It’s been six years, and every time my scans are clear I know that’s a gift. I don’t know what’s going to happen tomorrow, but I’m grateful for today.” 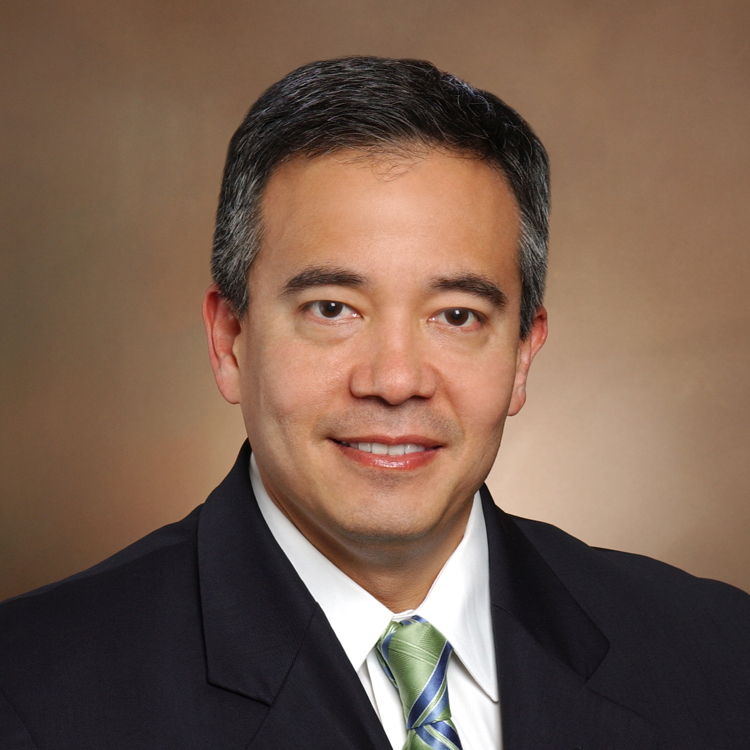