Longtime “Jeopardy!” host Alex Trebek announced it to the world on March 6, 2019: Like 50,000 other Americans each year, he had been diagnosed with stage 4 pancreatic cancer.

“Normally, the prognosis for this is not very encouraging, but I’m going to fight this, and I’m going to keep working,” Trebek said at the time in a video message to fans. “And with the love and support of my family and friends, and with the help of your prayers also, I plan to beat the low survival rate statistics for this disease.”

Thanks to new and innovative treatments, Trebek did live longer than many people who are diagnosed with pancreatic cancer at stage 4, but he succumbed to the disease on Sunday morning, dying at his home at the age of 80. Twenty months elapsed between his diagnosis and his death.

"Pancreatic cancer is not one of the most common cancers, but it still is currently the third-highest cause of cancer-related death in the United States,” says Marco Del Chiaro, MD, division chief of surgical oncology at the CU Department of Surgery and CU Cancer Center member. “Its incidence and mortality rates are almost the same, meaning almost everyone who gets it dies from it. A study published a few years ago says by 2030, pancreatic cancer will be the number two cause of cancer-related deaths around the world. The trend is in the wrong direction.” 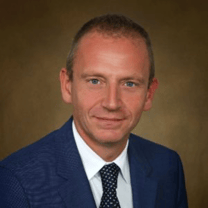 One of the reasons pancreatic cancer is so deadly is that it is difficult to detect. The pancreas is deep inside the body and can’t be routinely examined, and there is no approved screening test, like a colonoscopy, to identify pre-cancerous lesions or cancer in its early stages. By the time many people show symptoms, the cancer is often very advanced. Newer treatments like the immunotherapy drugs Trebek was on can help, but pancreatic cancer still has a very low survival rate — 9% of patients diagnosed will live five years or longer. Most die within a year.

“The treatment that we have right now is extremely better than the one we had 10 years ago, but we are still not able to fully control the disease in the majority of patients,” Del Chiaro says. “We improved a lot in the last decade, but there is still a long way in front of us. With a disease like colorectal cancer — when I was a young surgeon, even when I was a resident, you saw a patient with colonic cancer and liver mass, it was a very terrible diagnosis. Today, there is very long survival in many of those patients. Maybe one day we will be there with pancreatic cancer, but we have a long way to go.”

Inspiring others with pancreatic cancer

Trebek was very open about his fight with the disease, sharing the ups and downs of his treatment and symptoms. Alexis Leal, MD, CU Cancer Center member and assistant professor in the division of medical oncology, says that made him an inspiration to other pancreatic cancer patients around the world who suddenly felt less alone in their struggles.

“Patients that I have had with pancreas cancer have really looked to Alex and what he was going through. He’s really been a source of hope for them because he continued to work and he remained in the public eye,” she says of Trebek, who taped his final “Jeopardy!” episodes in the weeks before his death. “I think a lot of patients saw that as very hopeful as they were going through their own journey. It’s great that he had a job that he loved and he was able to continue to work and was very public with his journey.”

Leal says Trebek’s openness about his treatment also has made patients more aware of — and open to — clinical trials like the ones he was part of during his battle with the disease. There are many such trials going on for pancreatic cancer patients at the CU Cancer Center, including studies on medicines to better treat the disease.

→ Find one of over 250 clinical trials taking place at the CU Cancer Center.

Del Chiaro notes another advance in recent years is the discovery that cysts in the pancreas can progress to cancer. By tracking people in whom the cysts have not yet turned cancerous, researchers may get more clues to the ways in which the cancer develops.

Currently, doctors consider those with a family history of the disease or those with certain genetic mutations — including the BRCA mutation that also causes breast and ovarian cancer — to be at risk for pancreatic cancer. Those patients are often given scans, but they can be costly and are not considered part of a general preventive screening.

"Pancreatic cystic lesions are very common in the general population and generally incidentally discovered," Del Chiaro says. "Considering the low risk of progression, a population-based screening for these lesions is not cost-effective, but once the diagnosis is made, for some of them, a surveillance is recommended and can help in preventing pancreatic cancer in these patients."

Del Chiaro says that kind of specialization and collaboration can be key to successful treatment.

November, coincidentally, is Pancreatic Cancer Awareness Month, and last fall, Trebek taped a public-service announcement to air during that time, calling attention to the warning signs of the disease.

“I wish I had known sooner that the persistent stomach pain I experienced prior to my diagnosis was a symptom of pancreatic cancer,” he noted in the one-minute video. “Other common symptoms can include mid-back pain, unexplained weight loss, new-onset diabetes and the yellowing of the skin or eyes.”

Del Chiaro says people with any of these symptoms should see their doctor immediately, even in the midst of a pandemic. Trebek’s death, he says, is “another reminder that cancer happens even in a pandemic. If people have symptoms, if people are not feeling OK, I don’t think they should wait because they are worried about going to the hospital. Of course, COVID puts limitations on the capacity of hospitals and the availability of diagnostic equipment, but people can die from something else than COVID. I think that is a very important message.”

→ Richard Schulick, MD, MBA, director of the CU Cancer Center and chair of the Department of Surgery in the CU School of medicine, spoke with 9News in 2019 when Trebek first shared that he was diagnosed with pancreatic cancer.