University of Colorado Cancer Center member, Tejas Patil, MD, received the John Fisher Legacy Fellowship Award at the International Association for the Study of Lung Cancer (IASLC) World Conference held in Barcelona last month. Patil is the first physician worldwide to receive the prestigious $50,000 grant, which Patil will use to further his research in detecting lung cancer recurrence in early stages.

“It is an honor to be selected as a recipient of the John Fisher Legacy Award,” says Patil. “It gives me the opportunity to explore aspects of lung cancer that don’t get much attention, such as early detection of the disease recurrence in survivors.”

“In the past it has been argued that these patients should have intensive surveillance after treatment,” says Patil. “In addition to surveillance, recent developments in lung cancer, such as the ability to test the disease for mutations, is allowing us to better understand what creates these high rates or recurrence and whether high relapse rates may be based on underlying mutations.”

In addition to molecular testing, Patil plans to see if blood tests in combination with CT imaging could optimize detection of recurrence at the earliest stages, where more aggressive curative intent therapies could be offered.

“Little has been published on the utility and feasibility of using serum tumor markers in the surveillance of stage III NSCLC,” explains Patil. “The University of Colorado Cancer Center is in a particularly good position for this research because patients treated with curative intent are followed with both CT imaging and serum tumor markers at each three-month surveillance visit.”

If recurrence is detected early in lung cancer survivors, it gives patients more treatment options that could potentially extend their lives.

“This research will help survivors live longer, better lives,” says Patil. “This award gives me the opportunity to look into what some may consider ‘risky’ areas of research, something I may not have done otherwise.”

Patil thanks the Fisher Family for their dedication to supporting lung cancer research. 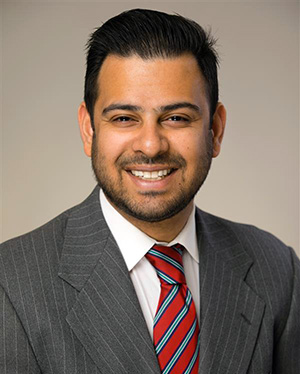