French and Australian studies suggest the anti-malarial drug chloroquine could be effective against COVID-19. Promising early results now lead the U.S. Food and Drug Administration to fast-track its own tests, and have spurred the drug’s maker, Bayer, to offer the drug free for treatment. Earlier today, President Trump (among others) touted chloroquine as a ready-to-use treatment for the disease.

To explore this strategy, we reached out to University of Colorado Cancer Center experts who have been at the forefront studying of chloroquine as a possible component of cancer treatment. Now, this foundation of basic science may speed the pace at which chloroquine can be repurposed to combat COVID-19. 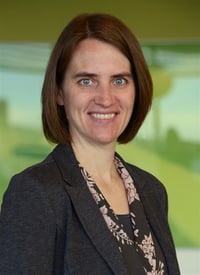 “Two independent sources with the same scientific finding make you think it’s true. I can definitely imagine a reasonable mechanism for chloroquine to treat the disease. If it is, it’s a really important finding,” says Jean Mulcahy-Levy, MD, investigator at CU Cancer Center and associate professor in the CU School of Medicine Department of Pediatrics.

“Of course, it’s very early and they haven’t treated many people, but it looks encouraging,” says Andrew Thorburn, DPhil, professor and chairman of the CU School of Medicine Department of Pharmacology. “The big advantage of chloroquine is it’s available for use in people, it’s a pretty safe drug, and it’s not terribly expensive. One of the reasons to use this drug, even if there were better ones out there, is that chloroquine may be realistic to use.”

Very basically, chloroquine interferes with a process called autophagy (from the Greek “to eat oneself”). Cells use autophagy as a kind of recycling to “eat” unneeded materials, often to provide themselves with energy or other supplies needed during times of scarcity. In cancer, autophagy may help cancer cells survive chemotherapy. In infectious disease, viruses may hijack autophagy to provide themselves with the raw materials needed for replication.

In mouse studies, complete inactivation of autophagy has been shown to increase the risk of bacterial infection and neurodegeneration (because autophagy eliminates toxic proteins in the brain and blocking autophagy could allow these proteins to accumulate). However, chloroquine has been used extensively in the short-term treatment of malaria with few side effects, and even used successful in the longer-term treatment of rheumatoid arthritis. 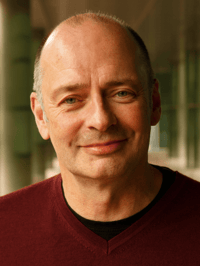 “All drugs have toxicities and side effects and this drug does. But compared to some other drugs it’s rather safe,” Thorburn says.

The fact that chloroquine is on the World Health Organization’s list of essential drugs for the treatment of malaria also means that it is widely available worldwide, including in developing countries that may have challenges accessing any new medicines developed to treat COVID-19.

“They’re calling it a cure, but it’s unclear whether chloroquine is attacking the virus directly or is making other drugs work better. Can we just do this by itself, or does it need to be combined with another drug?” Mulcahy-Levy asks.

Thorburn and Mulcahy-Levy also point out that while the promise of this strategy against COVID-19 seems like a serendipitous discovery, it is instead a triumph for basic science.

“When you study basic biology, you don’t really know where it’s going to take you, and this is a good example of that. If many people hadn’t done the science needed to understand autophagy and how it relates not just to cancer but also to infectious disease, we might never have considered this use for the drug,” Thorburn says.

In short, experts see promise. In the next weeks, we will see if this promise is borne out.