Home News With smaller clinical trials, it may be up to doctors to notice rare drug side effects back to News

Tejas Patil, MD, is a medical oncologist. Lisa Ferrigno, MD, MPH, FACS, is a trauma surgeon. Working with lung cancer patients at University of Colorado Cancer Center, they both, independently, noticed something strange: A small percentage of patients taking high doses of the drug osimertinib (Tagrisso) were developing a rare twist in the right side of their colon, a condition called cecal volvulus. Their case series, published in the journal Frontiers in Oncology, describes three of these patients, suggesting that doctors who use osimertinib with EGFR+ non-small cell lung cancer patients may consider watching for rare cases of cecal volvulus along with more expected side effects.

More broadly, the case series demonstrates an emerging trend in the evaluation of side effects for newly approved medicines: As drugs more precisely target cancer subtypes, clinical trials testing these drugs are enrolling fewer patients; smaller studies reduce the likelihood of seeing rare side effects; and so it may fall on clinicians using these drugs after FDA approval to notice medication side effects that went undetected during clinical trials.

“You have drugs getting out onto the market with less numbers involved in terms of testing, so the lay of the land with adverse effects might not be completely hashed out. There’s not many people who have taken the drug,” says Ferrigno.

Exactly how a genetically targeted anti-cancer drug could create a right-colon twist is unclear, but similar drugs have been shown to affect the lining of the gut, hinting at a possible mechanism. Importantly, many patients are treated with 80mg doses of osimertinib, but it was only patients treated with 160mg doses who developed this possible side effect.

“Studies show 160mg is a pretty reasonable dose for osimertinib in many cases, so we expect to see this dose used even more, maybe leading to more of this kind of side effect. That’s why it’s important to start noticing these observations now,” Patil says.

The authors also suggest the study highlights the potential impact of published case series, in which doctors present anecdotal evidence from interesting or unusual patients.

“Often case series make observations that don’t amount to anything, but then there are the times when they’re like black swans – the unexpected data points that force us to shift our thinking,” Ferrigno says.

“We’re dealing with an uncommon mutation receiving an uncommon drug at an uncommon dose and then getting a very uncommon surgical complication,” Patil says. “The more we looked into it, the more it seemed to be pretty important.” 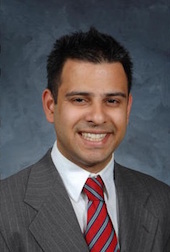 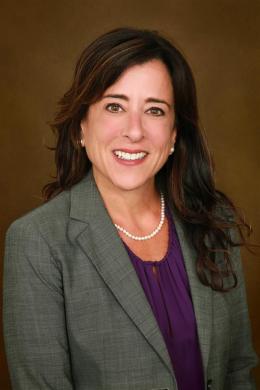