A recently published study explores data that could help predict which lung cancer patients are the best candidates for MET-directed therapies.

A new study from the University of Colorado Cancer Center explores which lung cancer patients are the best candidates for novel therapies that directly target a gene identified as driving certain cancers.

MET-directed therapy focuses on cancers driven by changes in the MET gene, including lung cancer. MET changes can occur in several different ways but one of the most common involves the cancer acquiring multiple copies of the gene, which is called MET amplification. This can be what is driving the cancer from the beginning or an acquired change that develops in other subtypes of cancer as a mechanism of resistance to another therapy. Yet defining clinically relevant MET amplification levels remains a challenge.

Researchers in this study examined the level of MET amplification that could be used to determine who would benefit most from MET-directed treatment.

Their findings were published in Clinical Lung Cancer.

“Previously, we were the first center to propose oncogene overlap analysis to determine the accurate MET copy number cutoff – based on the assumption that a true driver state for MET would not co-exist with another known driver state,” Camidge said.

The CU Cancer Center’s previous study used a technique called FISH (fluorescent in-situ hybridization) for MET. It examined cancer cells with different probes for MET and for the middle of the chromosome on which it sat. However, in recent years, NGS on tissue or blood has become the dominant one-stop means for investigating cancers for driver oncogenes.

This time, the researchers repeated the principle of their prior oncogene overlap analysis but for the first time focused on the circulating DNA from blood.

They found MET amplification per the Guardant NGS definition was detected in 1.2 percent of samples and the plasma copy number for MET ranged from 2.1 to 52.9. Of these MET amplified cases called by the NGS assay, 20.8 percent had an overlapping oncogenic driver, suggesting that not all would respond to a MET targeted therapy.

They found the degree of oncogenes, other than MET, which overlapped with the MET amplified state significantly decreased with increasing MET copy number. They also discovered the smaller the amplified region (i.e., the more focal it was), the higher the MET copy number.

“This means high gene copy numbers, lack of oncogene overlaps and smaller regions of amplified sequence could all be used to enrich for the true MET-sensitive population in lung cancer,” said Camidge. “In addition, we have shown how to apply these techniques to modern data from blood-based assays.”

He continues, “These findings are promising since oncologists can offer a readily available assay to be explored in conjunction with MET-directed therapies in the future. We hope our data can help determine who will have the best chances of benefiting from these therapies.” 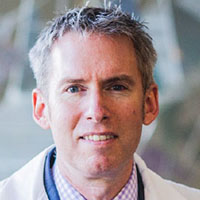