How could he think about adopting a dog when he wouldn’t be around to care for it? He figured he’d never have a dog again. 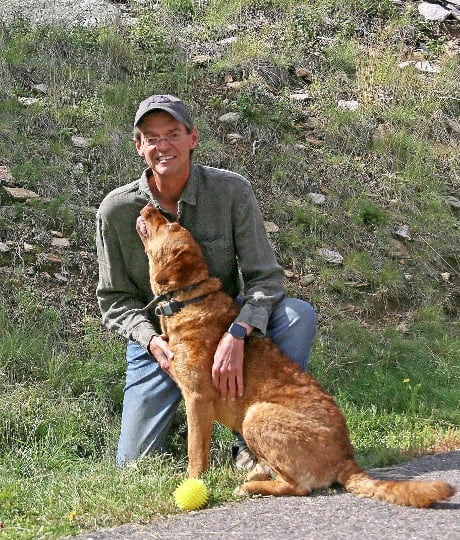 Ken Herfert and Bailey outside their Evergreen, Colorado, home.

But after returning to his home state and working with a multidisciplinary team at the University of Colorado Cancer Center, Herfert is comfortable enough in his no evidence of disease (NED) status that he adopted an energetic Chesapeake Bay Retriever and is looking forward to years beyond the 64 he’s already lived.

“A big takeaway in Ken’s case is that during the course of his treatment the standard of care changed,” explains Sunnie Kim, MD, a CU Cancer Center member and assistant professor of medical oncology in the CU School of Medicine. “The FDA approved immunotherapy with chemotherapy in a first-line setting, so we were able to add that to his treatment and he did really well with minimal side effects.”

For Herfert, it started with a steak dinner in February 2018. He was living with his wife in the San Francisco Bay area, working as a chemical engineer in biotech and enjoying the good health he always had. But during an otherwise uneventful dinner at a steak house, he suddenly had trouble swallowing.

He scheduled an appointment with his primary care physician, who recommended an endoscopy. The scope revealed a tumor at the junction of his esophagus and stomach, which was shocking considering he’d only had trouble swallowing a bite of steak.

His grandmother had possibly had stomach cancer, though the family isn’t sure, and there were some instances of breast cancer in his family, but otherwise “I didn’t have any of the things that are considered esophageal cancer predictors,” Herfert says. “For this cancer some people blame having acid reflux, but I didn’t have any of that.”

Like a lot of people who receive a cancer diagnosis, he “went directly to the internet, and what I saw there wasn’t good,” he says. “A lot of what I was reading said I was basically toast, so it really helped when I got together with my oncology team and we came up with a plan.”

Hope from a clinical trial

Working with a team in California, Herfert had radiation and chemotherapy treatments to reduce the size of his tumor in preparation for an August 2018 esophagectomy, in which half his stomach was removed and his esophagus reconstructed.

The surgery went well and Herfert was cancer-free as best he and his treatment team knew, but six months later, in March 2019, his oncologist found a metastasis on his liver. His cancer was considered stage 4 “and at that time my oncologist was quite blunt,” Herfert recalls. “She said I had maybe a year and even suggested I delay treatment for a while and go live the best life I could because the treatment might mean my quality of life would decline rapidly.”

Despite that advice, Herfert chose to begin another chemotherapy regimen immediately and saw the size of his lesions shrink, plus no further spread. Every two weeks he had chemotherapy and every three months he had a CT scan “so that it became a way of life,” he says. “I realized I was just waiting for things to go bad.”

Deciding that wasn’t a good way to live, he and his wife decided in May 2020 that Ken would move back to Colorado, where he’d grown up and attended college and where his mother still lived in Lakewood. They bought a house in Evergreen and in August 2020 Herfert first met with his CU Cancer Center multidisciplinary care team, with Kim as his oncologist.

“At that time there was some new data coming out from a clinical trial called CheckMate-649, which was looking at adding nivolumab to chemotherapy in metastatic esophageal and gastric cancers,” Kim says. “I gave him a heads up that this was happening, that the phase 3 trial was positive and FDA approval was imminent.”

In December 2020, Herfert began taking nivolumab in addition to regular chemotherapy and responded very well with minimal side effects.

“Every CT just showed good findings,” Kim says. “It really helped that Ken was his own best advocate. He was asking, ‘What’s the end goal here? Is this incurable?’ And we were seeing that we had a chance to improve upon the current standard of care.”

Eight months later, Kim brought his case up with the multidisciplinary team, mentioning that his cancer had been stable since June 2019. She asked whether Herfert would be a candidate for surgery.

“Because he underwent an esophagectomy and developed metastatic disease to his liver, typically we wouldn’t offer further surgical therapy in a situation like that,” explains Camille Stewart, MD, a CU Cancer Center member and assistant professor of surgical oncology in the CU School of Medicine. “It’s usually not curative or helpful. But with Ken, he had such an incredible response to treatment that we thought it might be reasonable to try to excise this metastatic disease in his liver.”

Following the surgery, “all edges were negative,” Stewart says. “It was the best possible pathology report we could get. Usually, patients in similar situations are on chemotherapy for the rest of their lives and treatment is considered palliative. But Ken is remarkable in that his tumor was very responsive to the treatments that he got.”

Also, Herfert was only in the hospital for two days after his liver resection, "because we were able to do the surgery with the surgical robot through just a few small incisions on his abdomen," Stewart explains. "One of the key benefits of robotic minor hepatectomy is that surgeries that typically would require a large incision and days in the hospital recovering can instead be done through the small incisions, permitting earlier discharge."

Kim proposed an investigational approach to treatment after his surgery and suggested a blood test to check for circulating tumor DNA. This test, which hadn’t been validated in settings similar to Herfert’s, checks for residual cancer.

“I told him if the test was positive, there certainly still are cancer cells and I would recommend further treatment,” Kim says. “If it came back negative, it would be hard to say. His did come back negative, so we decided on a course of very close surveillance with CT scans every two to three months with blood work.”

It’s been a year since his surgery and his scans have all been clear. If they remain clear two years after surgery, “I told him we can do them less frequently,” Kim says. “This is a data-free zone. We don’t have a lot of published information on situations like this, so Ken is exceptional because we’re learning a lot working with him.”

For Herfert, a certain measure of clarity came in the midst of 54 cycles of chemotherapy, two significant surgeries, and a complete reorientation of his footing in life.

“When things were not looking good, I decided that whatever time I had left, I was going to live every day and not be sitting there sulking because that doesn’t help a darn thing,” he says. “It’s just a matter of enjoying the sun coming up every day and then living that day.”

As an engineer, his instinct has always been to understand the processes underlying what’s happening, to organize steps and processes in his mind, to place himself within statistics to understand outcomes.

"What I’ve learned in talking with other esophageal cancer patients, though, is we’re all different,” Herfert says. “Our cancers don’t behave quite the same. Even looking at survival statistics, which are means of a population, what you don’t know is where you fall in that population. Some of us fall to the good side and some to the bad, and even your doctor may not know. So, I learned to focus on the things I can control and recognize the things I can’t.”

That means enjoying life at 9,000 feet, helping his 97-year-old mother, spending time with his wife and two grown daughters, and soaking in every sunrise with an energetic puppy by his side. 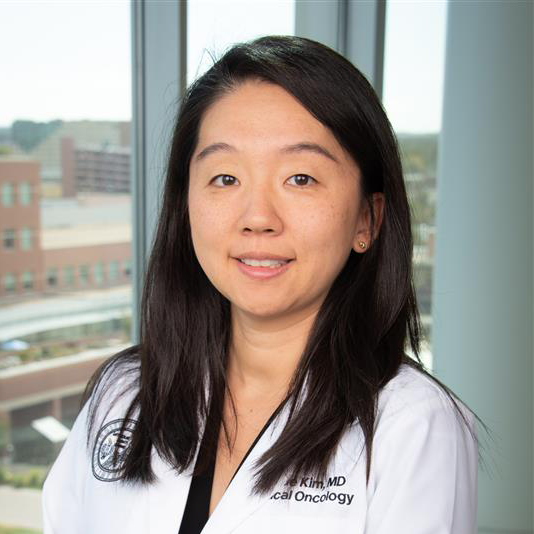