The first time Caley Kurchinski had to think about a double mastectomy, she was only 16. Her mother had died at age 36 from breast cancer, when Caley was 6. When she became a teenager, Caley’s family physician began telling her she needed to get genetic testing.

“I just remember my doctor saying you need to get this done, and if you test positive, you’ll need to get a double mastectomy,” Kurchinski says. “And I’m 16 years old. I said that’s not something I want to do right now, because if a double mastectomy is the only outcome, it didn’t seem like a good enough reason to get tested.”

But from that point on, it seemed as though a bomb was relentlessly ticking inside her and she had no control as she waited for the detonation. It wasn’t until she was referred to CU Cancer Center and the Hereditary Cancer Clinic at UCHealth and saw certified genetic counselor Michelle Springer, MS, an instructor of medical oncology at the University of Colorado School of Medicine, that she began to understand she not only had options, but power in a situation that previously had made her feel powerless.

“Before I met with Michelle, nobody had talked to me about genetic counseling,” Kurchinski says. “Finally, in my early 20s, I was curious about getting genetic testing, so I asked a family friend who had just retired as a charge nurse at UCHealth and she said have you had genetic counseling?

“So, I made an appointment with Michelle and she’s absolutely phenomenal. She was really the first person who laid it out to me that if you test positive, here are your options. You can have surgery, you can do surveillance every six months, we can figure out a game plan. She was the first person to make me realize this doesn’t have to be my story and this doesn’t have to be what happens to me. She made me feel like I am not a ticking time bomb, I’m not just a patient, I’m a person.”

Deciding to get genetic testing

“Genetic testing is one piece of what we do,” Springer explains. “We’re looking at individuals, looking at their personal history and their family history of cancer, and we’re thinking about what is the likelihood that the cancer in this family is due to an inherited mutation.

“What we know is that about 10% of all cancer is inherited, which means that the majority is not, and what we also know is that genetic testing is only one piece of the conversation. A lot of individuals may test negative, but based on their family history they may still qualify for increased screening and surveillance. So, it’s extremely important to understand that an individual’s cancer risk is really the result of multiple factors, including age, environment, family history, and also genetics.”

After Kurchinski met with Springer for the first time in 2012, she decided to get genetic testing, empowered with the knowledge that testing positive for certain genetic mutations wouldn’t necessarily guarantee she would develop breast cancer, and testing negative still meant she was at high risk.

“I felt like I had such a better understanding of what it means from every aspect, so I got tested and at my follow-up appointment to get the results, I asked Michelle point blank, ‘Does it make me a masochist if I hope that I test positive?’” Kurchinski recalls. “She asked why and I said honestly, if I test positive then we have a plan for action, my doctors are going to be more aware of it, I’ll get less push-back on my decisions. But if I test negative, I’ll still be at high risk, but I won’t know how high, and I’ll just be in this no man’s land.”

Kurchinski did test positive for an inherited BRCA2 mutation, one of the most common genes linked to hereditary breast cancer. The news could have felt overwhelming, Kurchinski says, “but it was very liberating to know that even if I did nothing, that was up to me. I had the power and it wasn’t just something that was going to happen to me.”

Initially, Kurchinski chose to get screened every six months while she finished college. Because she tested positive for the BRCA2 mutation, her maternal aunt also got tested and received a negative result, which Kurchinski says emphasizes that the mutation doesn’t just travel down the female side of the family.

Her father also got tested and received a positive result for the BRCA2 mutation, “and I’m so lucky that my dad was willing to do that for me because he helped give the information to my brothers, my cousins, and my aunts and uncles,” Kurchinski says. “What they do with that is their choice, and it’s a big decision to get tested. But just looking at our family history, on my dad’s side only my grandma had ovarian cancer and she didn’t die pre-menopausal, so it wasn’t a big red flag. If my mom hadn’t passed away, we wouldn’t have known.” 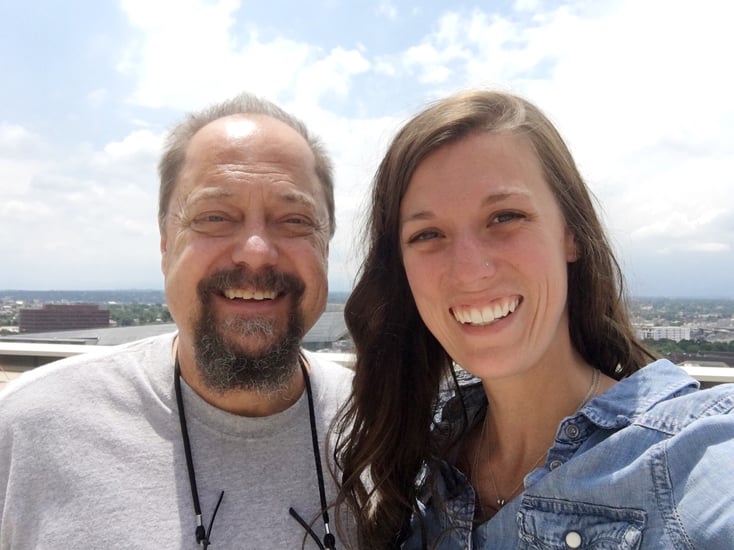 About a year after testing positive for the BRCA2 mutation, Kurchinski decided to get a preventative double mastectomy. It was a difficult decision, she says, but ultimately it was an important step in further taking control of a situation that previously had felt out of her hands.

“I am a firm believer that people have to be active participants in their health care decisions,” Springer explains. “When we talk with our patients, we emphasize that our conversation with them at that time is a snapshot of where we’re at right now. For some individuals, their opinions and decisions may change over time. So as we’re following them, we’re asking how they feel about where they’re at with screening, or if they are interested in meeting with a surgeon, emphasizing that there is no right or wrong answer and no one-size-fits-all.”

Kurchinski says that consulting with Springer and her family helped her feel more comfortable with her decisions to get a preventative double mastectomy. She recalls a conversation with her oldest brother, who initially had a lot of reservations about what seemed like a drastic decision.

“So grateful to have this body”

Kurchinski, who is now 33, emphasizes that her decision “isn’t all roses and sunshine and superwoman powerful,” because as with any major surgery, recovery was sometimes painful and there still are days when she feels like “a human pin cushion” at her surveillance appointments. There are days when her pectoral muscles feel achingly tight, and she has to lean into not only the physical therapy she receives, but the counseling that has helped strengthen her mentally and emotionally. 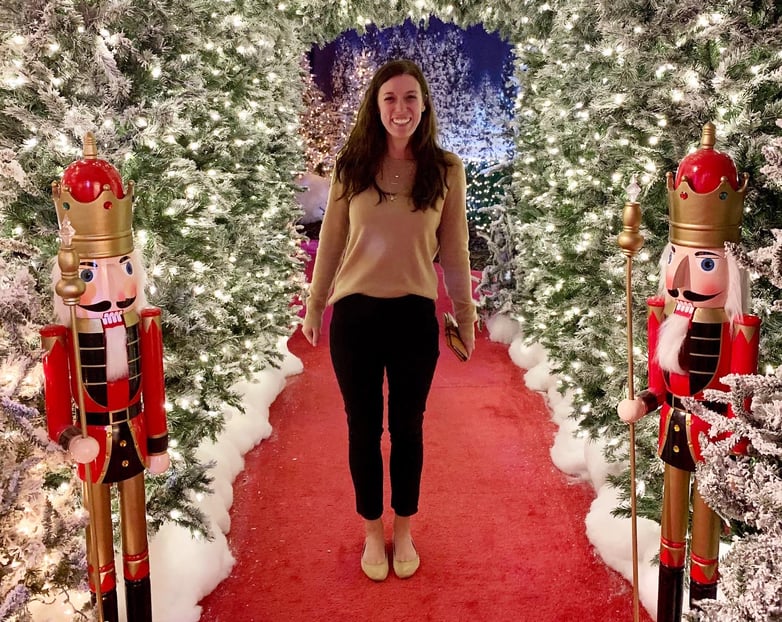 She also admits that through her recovery she’s done a few things her doctors “haven’t been crazy about,” including accepting a new job days after surgery, climbing her first fourteener nine weeks after surgery, and running a half-marathon 10 weeks after.

“They said I couldn’t do any physical activity for six weeks after surgery, so…,” she says with a laugh. “But I think a part of it was I was just so grateful to have this body, to have control and to be able to say I’ve made the best decision for me and for my health.

“I don’t want to paint a false picture that any of these decisions are easy, for me or anyone else,” she says. “For me, genetic counseling and genetic testing gave me the information to take control over the situation and have the power. Cancer took my mom from me and I refuse to continue to let that happen.”

If you have a personal or family history of cancer and are interested in speaking with a genetic counselor, talk with your provider about getting a referral to the Hereditary Cancer Clinic. Clinic appointments can be made by calling 720-848-5944. 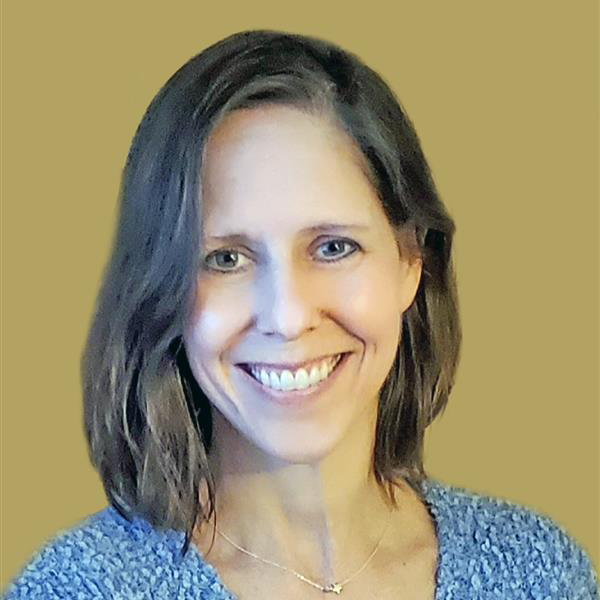