Erica Ramsthaler was only given three years to live when she was first diagnosed with colorectal cancer, but after transferring her care to the University of Colorado Cancer Center, she is thriving more than four years later.

Ramsthaler’s cancer journey began in spring 2017, when she started having mild to moderate stomach cramps every night. She was afraid something might be wrong, but she feared she wouldn’t be taken seriously and waited a few months to get checked out. When she went in for an appointment, she was told she was probably just constipated.

Then the pain got worse. Ramsthaler went back to her doctor, who scheduled her for a colonoscopy.

“That’s when they found the initial tumor, and they ordered scans and other tests to confirm that it was also in my liver,” Ramsthaler says. “There was a mass in my abdominal cavity, and I had fluid in the abdominal cavity, so they drained that and found cancer cells in that, so they knew it had spread into my abdomen as well.”

A second opinion that saved her life

The news got even worse when Ramsthaler’s medical provider deemed her cancer inoperable. That’s when Ramsthaler, then 44, reached out to the CU Cancer Center for a second opinion.

“My husband had heard about CU’s reputation, and he had a friend whose brother had gotten colon cancer treatment at UCHealth, so we called Dr. Messersmith (Wells Messersmith, MD, associate director of transitional research at the CU Cancer Center), and he said it would be worth it to do a consult with him,” Ramsthaler recalls. 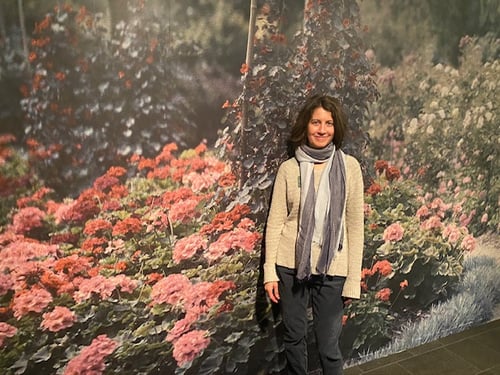 Ramsthaler was already on chemotherapy through her medical provider, but Messersmith referred her to the CU Cancer Center’s colorectal/peritoneal cancer multidisciplinary clinic, where she was evaluated by CU Cancer Center member Steven Ahrendt, MD.

“She’s a healthy young woman, and she wasn’t ready to throw in the towel right off the bat. She had received several months of chemotherapy, and she had a pretty remarkable response,” Ahrendt says. “The fluid disappeared, the lesion in the liver disappeared, but she still had a big ovarian mass.”

To remove that mass, along with any other cancer cells in the abdomen, Ahrendt operated on Ramsthaler in January 2018. He worked to remove all visible signs of the cancer, but knew there were microscopic cancer cells remaining that could still do damage if left untreated.

That’s when Ahrendt began a specialized procedure called hyperthermic intraperitoneal chemotherapy (HIPEC), in which heated chemotherapy drugs are pumped directly into a patient’s abdominal cavity after surgery to eradicate any remaining cancer cells.

“It takes a million cells to be able to see a tumor with the naked eye, so if there are 1,000 or so free cells floating around in the abdomen, the idea is that if you can deliver a high dose of chemotherapy to the most at-risk area, you’ll get some benefit from that,” Ahrendt says. “We can usually achieve a concentration that’s 20 times higher than we could get through an IV with traditional systemic therapy.”

Created in the late 1970s and improved in the intervening decades, HIPEC is a specific therapy for cancers that have spread into the abdomen. Once the fluid is pumped into the abdomen, surgeons physically rock the patient back and forth for around two hours to ensure even distribution.

For patients, HIPEC has the advantage of being a single treatment done in the operating room, versus multiple treatments over several weeks. In addition to offering a higher dose of chemotherapy than patients could receive intravenously, the HIPEC treatment also keeps 90% of the drug in the abdominal cavity, reducing toxic effects on the rest of the body. Ahrendt helped expand the use of HIPEC at the CU Cancer Center in 2017, when he arrived from the University of Pittsburgh.

“At that time, Pittsburgh was one of, if not the busiest departments in the world doing it,” he says. “When I had an opportunity to move here, there wasn’t a big program doing it in Denver. The program has really grown since I’ve been here over the past few years.”

For Ramsthaler, the combination of surgery and HIPEC was a success — the tumor is gone from her colon, and the HIPEC cleared the scattered cancer cells from her abdomen. She has had several small spots of cancer return in her liver, but she considers the surgeries she’s received to manage those a small price to pay to manage what was once a fatal diagnosis.

“I’ve already made it past the three years that the doctors estimated I’d live if I just got chemo without surgery,” she says, “and I’m super-happy to not be doing the chemo. I don’t like having surgery every year, but I’m super-healthy and working and living a normal life if I’m not having that surgery, so that’s great. My goal is to make it to the five-year clean-scans mark. I’ve never made it past a year and three months.”

Ramsthaler, who teaches middle school students learning English, is no longer worried about chemotherapy, instead enjoying hobbies that include gardening, travel, and rollerblading. The combination of surgery and HIPEC, she says, was lifesaving.

“I think the HIPEC was the only way to get rid of the widespread cancer I had,” she says. “I am alive and feeling well today because of it.”

Ahrendt is pleased with Ramsthaler’s progress, and he says it’s success stories like hers that keep him going.

“Every now and then you have the perfect setting where a patient has a great response to chemotherapy and we can remove what might be left,” he says. “We need some of that to keep being aggressive. We lose the battle as much as we win it, sometimes even more, and it’s a big long process to get patients through the surgery. It’s a complicated operation and a lot can go wrong. It’s always good to see positive results. That keeps me going to be aggressive and treat patients with advanced cancer.” 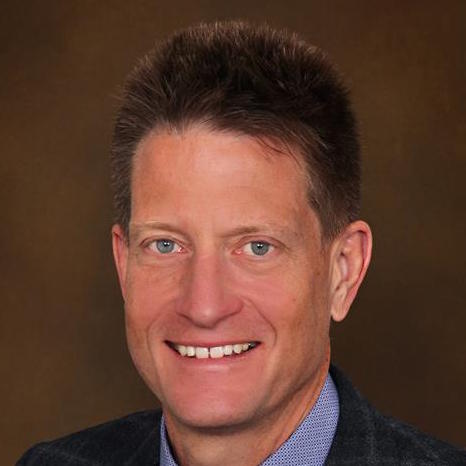