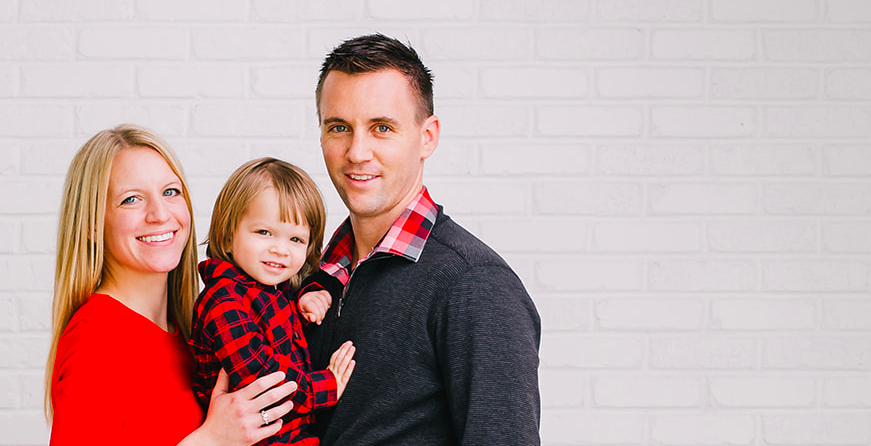 Jason Quinn started college at University of Utah as a pre-med business major. Then during a basic EMT training, the class watched a video of a procedure that included a drill and a knee, “And I knew right then that being a doctor wasn’t for me,” he says. That’s when “business took off and the MD not so much.”

“At the end of the day, we’re all trying to cure cancer. It affects everyone. My goal is to work toward collaborations with our campus partners to learn how to fight cancer better, together,” he says.

Joining Jason in Colorado is his wife, Jill Quinn, who was recruited to the position of Director of Finance in the University of Colorado Department of Emergency Medicine, and also their three-year-old son, Jude, who recently started preschool – oh, and their two dogs: A golden-doodle named Bella and a mutt named Maya. Important family decisions include when to buy a house and whether to get Avalanche or Broncos tickets first.

“I grew up a hockey player and fan and so fully look forward to tickets to the Avs. I’m kind of excited to cheer for a basketball team I can get behind, and eventually despite the 1-4 start, I’d love to cheer for the Broncos. They have the same colors as my high school so it’s hard, but I’ll do my best,” he says.

However, it’s not just the city of Denver that allowed CU Cancer Center to recruit Jason away from his longtime home in Salt Lake City.

“Really, it’s the opportunity of what the Cancer Center is becoming,” he says. “It’s been so successful from a science and patient care perspective, and I’m looking forward to helping ensure the center is successful on an institutional level, as well.”

CU Cancer Center is best when scientists do science and doctors treat patients. The addition of Jason Quinn to our administrative structure will help our researchers and clinicians, as he says, “focus on the one overarching theme, which is how to treat, cure, and prevent cancer.”