Former “TODAY” show anchor Katie Couric revealed last week that she was diagnosed with breast cancer in summer 2022. Couric appeared on “TODAY” on October 3 to talk about her diagnosis, saying she was lucky her cancer was detected during a routine mammogram and urging other women to keep up with their mammograms.

Couric, 65, said she was diagnosed with breast cancer on June 21, underwent surgery on July 14, and began a 15-day course of radiation on September 7.

Couric also is looking to raise awareness about women with dense breasts, like her. Those women may require secondary screenings, she said, as the density can affect how breast tissue shows up on a mammogram.

We spoke with University of Colorado Cancer Center member Elena Shagisultanova, MD, PhD, assistant professor of medical oncology at the CU School of Medicine, about Couric’s diagnosis and treatment.

Katie Couric’s breast cancer was detected during a routine mammogram. Why is that so important?

It's very important to get mammograms. It's our main intervention to diagnose breast cancer earlier, and early diagnosis helps to decrease mortality, together with all the other improvements in treatment we currently have. Small, early-stage tumors typically need less surgical treatment, and if the tumor is very small, five millimeters or less, it doesn’t need chemotherapy. Breast cancer management typically requires a multi-disciplinary approach: surgery, radiation, and medical therapy. However, the treatment is much lighter if you're diagnosed at an early stage. The prognosis for patients with early-stage breast cancer is much better.

How often should women get mammograms, and starting at what age?

There are varying recommendations, however, the American Cancer Society recommends the following:

As a practicing breast medical oncologist, I do recommend choosing a safer approach within these guidelines and getting mammograms once a year, starting at age 40.

Additionally, there are families with genetic mutations predisposing to early onset breast cancer, ovarian cancer, and other cancers. Women from families where many family members had cancer, especially at an early age, may need genetic counseling and genetic testing. For such women, there are individualized recommendations on when to start breast imaging, depending on the specific mutation.

Couric said she has especially dense breasts, which made screening more difficult. Is that common?

Breast density is supposed to decrease with age, but in some women, it doesn't happen for a while. When women maintain dense breast tissue, their mammogram may look like a white-out. It is difficult to detect abnormalities, and we could miss small areas of architectural distortion or calcifications. Usually in such cases (we call them “extremely dense breast tissue”), the radiologist recommends an MRI, but unfortunately, that is not necessarily covered by insurance. We are obligated to inform a woman that if the breast tissue is extremely dense, a mammogram may be less sensitive, but that doesn't mean that insurance is going to cover the planned MRI. There are patient advocates pushing for greater coverage of the MRIs, but it hasn't been achieved yet on the national level.

Couric got a lumpectomy — surgery to remove just the tumor, not the whole breast. How complicated of an operation is that?

It's smaller than other operations, because it's not an operation that goes inside the body (inside the chest or belly). It makes it easier and more tolerable compared to many other surgeries. Many specialized breast surgeons are also very skilled at hiding the incision, which is frequently done along the nipple line or in the armpit. If the tumor is small — which again, is an argument to get mammograms to detect tumors early — then the lumpectomy could be minimal. Frequently, women are discharged on the same day or the next day. Usually, the healing goes really well.

Couric also received radiation treatment; is that common after a lumpectomy?

The danger of cancer is that tumor cells may detach from the main tumor, travel to the blood and lymphatic vessels, and stay in other areas in the breast or hide anywhere else in the body. We don't want cancer to come back in the breast, and we don't want it to come back anywhere else. That’s why the treatment of breast cancer is such a multimodality now. If we just do surgery, we would not be successful. Radiation is very important for the local control to make sure that no tumor cells are left in the breast in the areas outside of the lumpectomy. Research shows that lumpectomy plus radiation is as effective as a mastectomy. Lumpectomy is a much easier operation compared to mastectomy, and radiation has very minimal side effects. It causes a bit of fatigue, and it causes a little bit of darkening on the skin, almost like a bit of sunburn that resolves in a few months. Radiation is usually quite well-tolerated. It's one of the least complicated treatments we have, and it ensures that the tumor will not come back locally.

What is the effect of someone as well-known as Katie Couric sharing her breast cancer story?

I view it very positively when famous people or celebrities share their experience. As physicians, we educate people all the time, but when it’s somebody who is very charismatic and well-known, it increases awareness. Some women still feel a bit of stigma about a breast cancer diagnosis — they don't want to talk about it, they don't want to come forward, they are scared. It helps them to see other people sharing that diagnosis and treatment can be stressful, but overall, the experience can lead to positive results. There is a high cure rate; there is help along the way; you don't need to go through this alone. It helps to normalize that whole perception of cancer diagnosis and cancer treatment and increases awareness that breast cancer is highly curable. There is early diagnosis and good treatment, and famous people go through it, and they win. When they are healthy and cured, that really helps their audience to realize they can do it too. 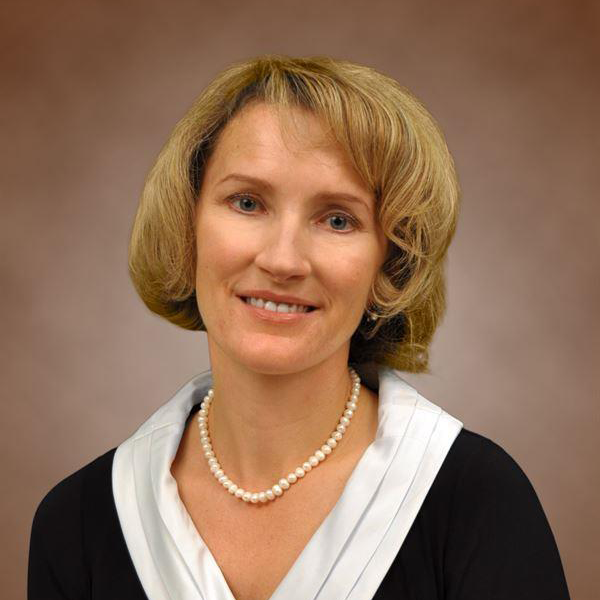