On January 2, tennis great Martina Navratilova revealed that she has been diagnosed with two unrelated cancers: stage 1 throat cancer and early-stage breast cancer.

The 66-year-old athlete said in a statement that an enlarged lymph node in her neck had been biopsied, leading to a diagnosis of human papillomavirus (HPV)-related throat cancer — part of a larger group of cancers known as head and neck cancers. The breast cancer was discovered during testing on her throat.

Navratilova had a lumpectomy in 2010 after being diagnosed with a noninvasive form of breast cancer.

“This double whammy is serious but still fixable, and I’m hoping for a favorable outcome," Navratilova said in her statement. “It’s going to stink for a while, but I’ll fight with all I have got.”

We spoke with University of Colorado Cancer Center member Jessica McDermott, MD, an assistant professor of medical oncology at the CU School of Medicine, about Navratilova’s diagnosis and what people need to know about HPV-related cancers.

Navratilova said she was diagnosed with two unrelated types of cancer at the same time. Is that unusual?

It is unusual, but since she has a history of breast cancer, it makes sense. One thing we see in head and neck cancers, especially the HPV-related ones, is if there’s any dysregulation of the immune system — for example, if she had chemotherapy or anything else related to her prior breast cancer that would alter her immune system — that sometimes increases the risk of HPV-related cancers. Your immune system is not doing its regular surveillance, and that lets cancer proliferate. We see that with people who have chronic infections, like HIV or hepatitis C, or those who have autoimmune diseases and are on medications that suppress their immune system. Those folks have a slightly higher risk of getting HPV-related head and neck cancer. I don’t know that that’s what happened in Martina Navratilova’s case, but it is something we see.

What are HPV-related cancers?

HPV is a sexually transmitted virus that most commonly causes cervical cancer. Over the past few decades it has become a more common cause of head and neck cancer, particularly oropharyngeal cancer, a type of cancer that starts in the middle of the throat, just behind the oral cavity. That’s why we highly encourage male and female children to get vaccinated against HPV, so we can decrease not only cervical cancer, but these throat-related HPV cancers. The CDC recommends routine HPV vaccination at age 11 or 12, but people can get it up to age 45.

> Learn more about the HPV vaccine

Is there any screening for throat cancer like there is for breast cancer or colon cancer?

There is screening for cervical cancer — it can be caught early or prevented based on people getting Pap smears — but there are no good screening tests for head and neck cancers. It’s more about seeing your physician if you have any tonsil or tongue masses or any enlarged lymph nodes in your neck and getting good dental care. Dentists are often the first to notice this type of cancer because they’ll see a mass on the tongue or tonsil when people are getting their teeth cleaned.

In Navratilova’s case, it was an enlarged lymph node in her neck that led to the cancer diagnosis. Is that a common way for throat cancer to be detected?

What is the treatment for a stage 1 throat cancer like the one Navratilova has?

People can either get surgery first, and that can be followed by radiation, plus or minus chemotherapy, depending on how the pathology looks post-surgery, or patients can go directly to radiation with or without chemotherapy based on how much the cancer has grown and how far it has spread. With a stage 1 HPV-related throat cancer, there is a 90% to 95% chance of cure after appropriate treatment. It’s a challenging treatment — she’ll have to go through a lot, and it will be a relatively long recovery period, but most likely, she’ll come out of it cured. 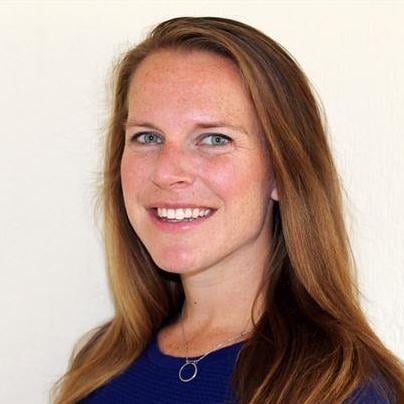