Home News Does getting a suntan really protect against burns that cause skin cancer? back to News

We all know that in the spring or before going on a beach vacation, it’s important to get a solid tan so that we don’t get burned. After all, it’s sun burns and not sun tans that cause skin cancer, right? Not so fast, says Neil Box, PhD, University of Colorado Cancer Center investigator and president of the Colorado Melanoma Foundation.

“I know directly from my research that a tan is damage. Just like a burn, a tan is a biomarker of DNA damage that increases skin cancer risk,” says Dr. Box. “Tan damage has a negative effect far in excess of any possible protection offered against a burn.”

According to Dr. Box, the myth of the “protective tan” likely originated in the fact that darker-skinned individuals are less likely to develop skin cancer than people with lighter skin.

“Melanin has an SPF – it’s about SPF 4,” Dr. Box says. “But getting that melanin through sun exposure is itself a risk. Using the sun to make your skin darker isn’t the same as being born with darker skin. Getting a tan shows you have already increased your risk.”

Likewise, tanning has been promoted as an important way to get daily doses of vitamin D. But according to the American Academy of Dermatology, 10-15 minutes of sun exposure per day is perfectly sufficient, and “most of us get that by walking between buildings or time spent outdoors as we go about our regular day,” Box says.

So, what about tanning beds? There are two kinds of UV radiation – UVA and UVB – and tanning salons use UVA radiation, which tans but does not burn.

“People don’t go into a salon and get burned. They get tanned but there’s still a huge increase in risk of skin cancer,” Dr. Box says. Just a single session on a tanning bed, especially as a young person, can elevate melanoma risk by more than 20 percent. Surprisingly, Colorado is one of only four states to allow the use of tanning beds by people under age 18.

“There’s no other way to say it: The myth of the ‘protective tan’ is just plain wrong,” Box says. “The only message is that a tan is damage and to avoid tanning. The damage in the DNA of your skin cells after sun exposure can be lasting and permanent. The more sun exposure you’ve had, the higher the risk of skin cancer.” 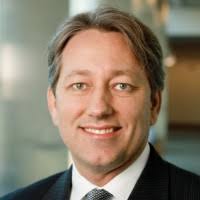