You probably learned about cilia in high school biology class. The tiny hairlike structures line our nasal passages, ears and airways. Children born with primary ciliary dyskinesia (PCD), a rare inherited disease, have problems with the cilia that prevent them from moving mucus and inhaled particles and germs out of their airways, causing mucus to build up, leading to ear, sinus and lung infections.

People with PCD suffer from repeated respiratory infections, pneumonia and even respiratory failure. Men with PCD are usually unable to have children, and women with PCD may have problems getting pregnant.

To date, care for patients with this little-understood disease has focused on treating the symptoms. But now, a study made possible by the specialized research facilities of the Colorado Clinical and Translational Sciences Institute (CCTSI), could open the door to better therapies for the disorder.

“We have helped to shed light on something we did not know about or understand in a rare disease population, which is that airway inflammation contributes to lung disease in those with PCD,” said Scott Sagel, MD, PhD, lead author of a study soon to be published in the Annals of the American Thoracic Society.

“Right now, there is no disease-specific treatment. We do symptomatic treatments,” said Sagel, professor of pediatrics at the University of Colorado School of Medicine and pediatric pulmonologist at Children’s Hospital Colorado. “We do a lot of mucus-clearance treatments, inhaled mucolytics (mucus-thinning medicines) and antibiotics.”

The findings from this study may soon allow doctors to test existing anti-inflammatory drugs to treat an important cause of the disease.

“We had the expertise on our campus and in our lab to execute this study and perform these highly specialized measurements,” Sagel said.

The study showed that children and adolescents with PCD had elevated concentrations of proteins that mark inflammation in their airways and were associated with structural lung damage. Children from six sites across North America made up the multicenter pediatric PCD cohort. Sputum samples of all participants were analyzed by the CCTSI’s specialized laboratory, led by Rebecca Baldermann, in the pediatric Clinical Translational Research Center.

While doctors have recognized PCD longer than they have known about cystic fibrosis, it wasn’t until 1976, with the advent of electron microscopy, that they could understand the basis and make a diagnosis of PCD. With electron microscopes and their higher-resolution images, researchers studied males who were infertile, and experienced frequent sinusitis and bronchitis, which led to breakthroughs in understanding the basis of and diagnosing PCD.

“While we have known about this disease, it has been very difficult to diagnose,” Sagel said. “So, we knew we had to figure out the genetics.”

In 2003, Sagel and colleagues from across the country started the National Institutes of Health-funded Genetic Disorders of Mucociliary Clearance Consortium. One of their goals was to identify the genes responsible for PCD and figure out how to make a diagnosis.

“We have done that. We have made great strides,” said Sagel, who said he wants people to know that doctors are trying to better understand what causes lung problems in kids with PCD.

“I feel fortunate we have NIH funding to study rare diseases. Without it, we would not be able to recruit and enroll and study children with this rare disease and better understand the determinants of their lung disease.” 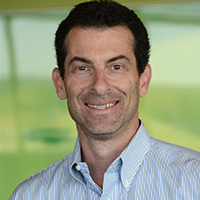 Language for your grant applications