From the University of Colorado Department of Biomedical Informatics (DBMI) offices on the top floor of the Anschutz Health Sciences Building, one sees sweeping views of Denver and the Rocky Mountains. DBMI Assistant Professor Katrina Claw, PhD, sees the lands that Native American tribes have called their home.

“I think it’s important to acknowledge the original occupants of the Denver-Aurora area,” she says. “This area was – and still is – the home for the Apache, Ute, Comanche, Arapaho, and many other tribes. CU’s land acknowledgement statement recognizes and respects Indigenous peoples as traditional stewards of the land and the enduring relationship that exists between Indigenous peoples and their traditional territories.”

Claw is Diné, which means “the People” in her native tongue, and an enrolled member of the Navajo Nation, bringing an important perspective to her work as a genetic researcher. Her career choice is something of a paradox; the Navajo Nation placed a moratorium on Tribal participation in genetic research studies in 2002, partly over concerns about research ethics and exploitation. The ban is still in effect to this day.

“That’s been in place my whole career,” she says. “People ask me why I got into genomics.”

“I saw the potential for genomics to alleviate health disparities, and I was drawn to the stories that genomic variation could tell,” she continues. “There is a disconnect between genetic and genomic research and Indigenous communities. What we want is for research to be on our own terms. I conduct my research knowing there will be checks and balances and accept that it will take time to work through them.”

In 2020, Claw was awarded the Genomic Innovator Award for over $1.5 million from the National Institutes of Health (NIH). In mid-2022, she received a $250,000 supplement to develop a mentorship program that will support the development of two Indigenous scholars from undergraduate to early-career faculty stages. 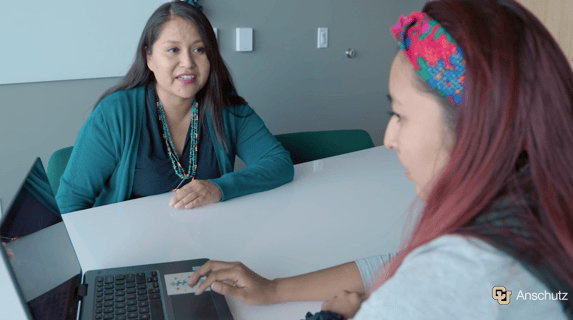 Katrina Claw, PhD, meets with Leah Nez, a trainee in her lab.

The supplement furthers Claw’s mission to support the next generation of scientists to improve health equity and equality. Underrepresentation of American Indians and Alaska Natives in health research – as study participants, researchers, and health care providers – is a contributor, if not a cause, of inequity. According to the Indian Health Service, Indigenous people have higher rates of diabetes, respiratory diseases, and certain cancers. As part of Claw’s NIH project, she found that tobacco addiction and cessation initiatives were a major concern. She’s currently studying the enzyme cytochrome P450 2A6 and its role in nicotine metabolism and smoking cessation.

Claw leads an all-female research lab, many of whom are of Indigenous heritage. She specializes in personalized medicine and pharmacogenetics, which focuses on how a person’s genes affect the way they respond to drugs. She looks for trainees whose research interests align with her community-engaged approach. She’s also eager to recruit those who would benefit from the mentoring that she struggled to find as an aspiring young scientist growing up on the Navajo Nation.

When Claw began her research career, she noticed that labs were typically “white, sterile places,” and that researchers themselves lacked cultural and firsthand knowledge of the people they were studying. She has sought to change that. She welcomes new people to her lab by introducing herself in the Navajo language. It takes longer than the standard, “nice to meet you,” and she explains that the words translated indicate who her clan is and where they are from. She keeps sage in her office for cleansing and healing purposes and strives to incorporate Native art in her lab and office space.

Native symbols can be found in the Claw Lab, from indigenous art in the wet lab (left); to a trainee's laptop covered with stickers (center); to refrigerators named for Navajo sacred mountains (right).

At her weekly lab meetings, trainees take turns sharing what is going on in their lives – inside and outside of work. She encourages team dinners and other outings; on Indigenous Peoples Day, her team hiked the Chatauqua trail in Boulder.

“Katrina emphasizes the collaborative nature of research,” says Kaja Aagaard, research assistant and lab manager who joined the team, inspired by its community-based participatory research approach. “She's great at shifting the social hierarchy of academics to give support and recognition to her students and mentees. The lab culture is welcoming, and it feels like we're all encouraged to be ‘whole people,’ even at work.”

Being a supportive mentor is more than just talk; Claw is eager to elevate her trainees and discuss their research aspirations and their motivation for working in her lab.

“I wouldn’t be able to do what I do successfully without them,” she explains.

Training in the Claw Lab is personal

Claw’s trainees have overcome hardships to pursue their dreams and reach CU Anschutz. Some are first-generation or nontraditional students, which can present challenges to attaining higher education. Some expressed feeling isolated at mainstream institutions with few role models they could relate to. But they are by no means homogenous, each having a unique story to tell about their journey into research. 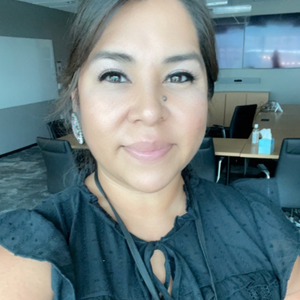 A Lakota from South Dakota, Tada Vargas Black Bear is a first-generation, nontraditional student who took time off to start a family. As a graduate student, having the support of a principal investigator who understands these challenges has been important to her.

“It can be very lonely being the only Indigenous student in your class, cohort, or institution,” she says. “I went to a tribal college for my undergraduate degree, so there’s definitely a culture shock coming to a mainstream institution like CU Anschutz.”

Vargas Black Bear’s family has a history of autoimmune disorder, which is a research interest of hers.

“I’ve always wanted to study why autoimmune prevalence is so high in Indigenous populations,” she says. “In Katrina's lab, we're studying how different populations metabolize drugs differently, which has been really helpful.” 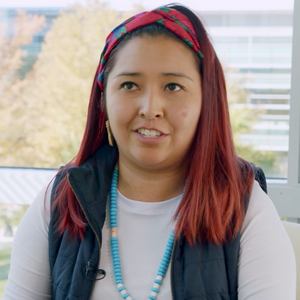 Leah Nez, who grew up on the Navajo Nation in Utah, was an intern at the NIH Tribal Health Research Office when she first met Claw, and is now in CU’s PIKE-PREP program. Her research focus is on the ethical use of ancient DNA. She is using the time in Claw’s lab as a gap year during which she is applying to graduate programs in bioethics. She double majored in biology and philosophy, which she acknowledges might seem like two disparate fields.

“But they shouldn’t be,” Nez says. “The idea is starting to gain traction, the moral and ethical obligations that researchers have to the people that they research.” 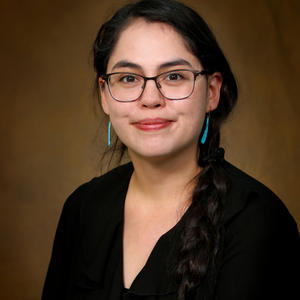 While Sherman grew up mainly in Arizona and Washington state, her family is from the Navajo Nation. As an undergraduate at Colorado College, she majored in molecular biology and minored in anthropology. She is in the Human Medical Genetics and Genomics PhD program at CU Anschutz.

“I’ve always had an interest in science and culture and how the two influence each other. Both have been influential in shaping my academic interests,” Sherman says. “I knew I wanted to study genetics, partly because of a history of retinitis pigmentosa in my family. Growing up, I wasn’t really exposed to Native scientists. I did have several female advisors, and being a woman in STEM, this is important for me to have this support.”

“Katrina has been a great influence in making me a better scientist. She helps me out of my comfort zone by building my confidence and encouraging me to present my research at several different avenues,” Sherman continues.

She, in turn, supports Claw’s research, leading surveys and analyzing focus groups’ data from Navajo researchers to gauge their perspectives on genetic studies amid the ongoing moratorium. 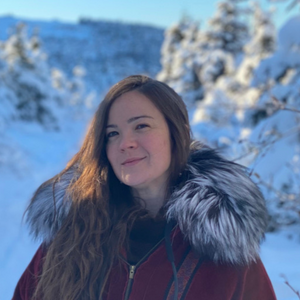 Nashoba, who is Choctaw, grew up on military bases as the child of a noncommissioned Army officer until her parents retired, and she finished high school in Alaska. After completing graduate school and previous postdoctoral positions, she returned to Alaska and started working remotely in the Claw Lab in early 2022, transitioning to postdoctoral fellow in November.

She appreciates that the mentorship program will help Indigenous researchers build stronger networks. Her research includes studies on genetic variation and the capacity to adapt to changing environments. She is currently developing a data pipeline for the evolutionary analysis of drug-metabolizing enzymes, which can be reused for a variety of purposes, to look for patterns of genetic variation and adaptive selection, and has health implications for contemporary populations today.

Leading the next generation of ethical and inspiring scientists

When Claw thinks about mentoring, she thinks of her father. “He never finished grade school, but he taught me everything I know about hard work and trusting our ancestral knowledge,” she says.

She was just a ninth grader at a Tribal high school when she became interested in research. She fondly remembers a teacher who encouraged her to identify a real-world problem, design a solution, and collaborate with others.

“Mrs. Terry helped me enter and prepare for the American Indian Science and Engineering Society (AISES) science fair, sharing her home and technological resources as well as intellectual guidance,” she recalls. “As a shy teenager, this experience allowed me to face my fear of public speaking and gain confidence.”

Inspired by all of her mentors over the years, Claw has eagerly stepped into the role herself. Becoming a CU faculty member in 2019, she has found CU a welcoming and supportive environment and the stated mission to provide educational opportunities for Native students, faculty, and staff, to be a driver in her role of researcher and teacher.

“Great mentors challenge mentees to think critically and to reach beyond their perceived capabilities, while providing support when needed,” Claw says. “Great mentors serve various roles: new idea sounding board, supporter, advocate, teacher, and friend. While I don’t think I’m a great mentor yet, it is my aspiration to become one.”

“My mentorship philosophy is to be the mentor who helps others realize and express their innate talent and ability. I hope that my philosophy and approach will encourage the next generation of scientists to be ethical, innovative, and inspiring.” 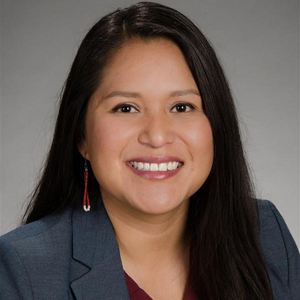