Using data from studies published in the medical literature over a 40-year time span, Peter DeWitt, PhD, a University of Colorado School of Medicine data scientist in the Department of Biomedical Informatics (DBMI), has developed an automated algorithm to address gaps in children’s blood pressure percentiles, providing a way to directly compare blood pressure measurements for children of the same age, sex, and height.

Blood pressure is an important vital sign to monitor in patients of all ages, and particularly for critically ill children. However, what is considered “normal” varies according to age, sex, height, and stature. Normal blood pressure rises as a baby grows, and even the methods for taking children’s blood pressure (BP) change, with measurement position – sitting or reclining – being a factor.

“I knew pediatric blood pressure percentiles were subject to different variables, but I didn’t know what or why,” he says. “Once a doctor asks the question, I can find the solution.”

Most pediatric blood pressure percentile tools only provide percentiles above the median (hypertensive), not below (hypotensive), according to Martin, who is also a critical care physician at Children’s Hospital Colorado. Hypotension can indicate a life-threatening emergency, so identifying it quickly in hospitalized children is important to allow for timely interventions such as administration of fluids, blood products, and antibiotics when appropriate. It’s also important for research purposes and for developing treatment protocols.

Using pediatric blood pressure data from studies published from January 1981 to January 2022, DeWitt was able to provide percentiles using raw BP measurements as inputs for children of all ages, sex, and importantly, height and stature, whether known or not. This allowed standardization of blood pressure inputs into predictive models for identifying children who were hypertensive or hypotensive.

“Standardizing measurements to allow for direct comparison to other patients was challenging,” Martin says. “The existing methods for transforming pediatric blood pressure measurements into percentiles only provided percentiles for children over one year old and required a height measurement. However, for children who are critically ill and admitted to the pediatric intensive care unit, measurement of height and documentation in the electronic health record is inconsistent.”

“We realized that this new algorithm was one that could be helpful to other researchers and might form the basis of future clinical decision support tools,” Martin adds.

DeWitt designed and published an R package, pedbp, and an associated interactive web-based version of the tool – known as a “Shiny” app – to disseminate the algorithm they developed. These tools allow for individual and batch measurement processing, transforming raw measurements to percentiles.

The online tool, made available in October, has already been downloaded over 1,100 times. DeWitt has fielded numerous queries and provided troubleshooting support to researchers from as far away as Israel.

The idea to create the blood pressure percentile tool stemmed from another recent study Martin led, seeking to predict risk of serious bacterial infection in children admitted to the pediatric ICU. That effort, also a collaboration with DBMI, used blood pressure and other vital sign data, such as temperature and pulse, as inputs into machine learning-based predictive models.

“Peter did an incredible amount of work to translate this project from a 'one-off' algorithm for a separate research project to a publicly available tool,” Martin continues. “He improved on the initial algorithm via incorporation of additional data into the BP normalization process, designed the R programming package, and designed the Shiny app. The software is now widely available for researchers to use to transform individual and whole datasets of BP measurements into standardized BP percentiles. Peter was unquestionably the leader of the software package effort and bringing this project to completion and dissemination.”

For DeWitt, it’s been a rewarding experience, made possible by the collaborative culture at University of Colorado Anschutz Medical Campus.

“By putting this tool out there, we can improve the quality of the research that will eventually translate to bedside care,” he says.

“I have two small children myself, and sometimes it’s hard to explain to them what I do,” he continues. “I’m proud to tell them I help sick kids get better by learning how they got sick, and help doctors and nurses by giving them the information they need to help kids get healthy.” 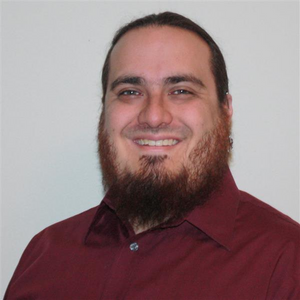 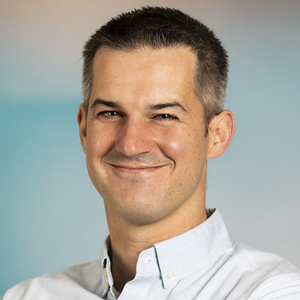