After the chemotherapy and radiation treatments, when she was discussing necessary surgery with her UCHealth Cancer Center care team, Irma Lechuga learned her rectal cancer surgery would include creation of a temporary ileostomy.

The cancer, unfortunately, didn't disappear, and that's when she began considering her life with an ileostomy, which allows bodily waste to be rerouted from the colon to an external or internal pouch. Even though it would be temporary, the possibility of it knocked her sideways almost as much as a cancer diagnosis at age 29 did.

“I tried to stay positive, but it took a toll on me,” she recalls. “I was like, I can’t be a 29-year-old walking around with a bag attached to my stomach. I didn’t want to depend on anybody, I didn’t want my husband to have to clean the bag out, I didn’t want my kids to see that. I feel bad for thinking that way, because I know a lot of people live their lives with ostomies, but in the back of my mind I was thinking I can’t push through this.”

While she was still having chemotherapy treatments, though, she’d learned about a study being led locally by Jon Vogel, MD, a professor of GI, trauma, and endocrine surgery and colorectal surgeon at University of Colorado Hospital. The ongoing study’s aim is to compare the Colospan CG-100 Intraluminal bypass device to a diverting stoma, the current standard of care for colorectal surgery.

The Colospan device is a flexible silicone tube that is positioned inside the bowel during surgery, extending above and below the site where the colon is reconnected to the rectum, to prevent internal leakage. After about 10 days, when the risk for internal leakage is reduced and the integrity of the resection can be confirmed, the Colospan device is removed without surgery.

For Lechuga, the decision to become the first participant in the CU Anschutz Medical Campus study site was straightforward: “Dr. Vogel explained the risks to me and the potential benefits, and how there had been previous trials outside the U.S. And I knew that if it didn’t work then an ostomy would still be an option, but I had a lot to gain if it was successful.”

Knowing something was wrong

For more than 10 years, Lechuga has worked in healthcare as a medical assistant. Because of her education and experience, she knew that the acid reflux and bleeding she began experiencing at age 27 weren’t normal. She'd always been very active – playing soccer since she was a child, swimming, hiking, and going to the gym – and enjoyed good health. Her increasingly frequent emergency room visits generally resulted in being sent home with Tums or Pepcid and an admonition to keep an eye on her symptoms.

In late 2019, though, she experienced unstoppable bleeding and received a CT scan, the results of which were concerning enough that she was sent for a colonoscopy. Following that, she received a rectal cancer diagnosis.

“It was pretty shocking,” she says. “There’s no family history, I thought I was young and healthy, I was working out, I was eating healthy. It felt like it came out of nowhere. But I knew I had to fight with everything I had because I have small children and I need to be here for them.”

Her daughter and son, now 10 and 7, were old enough to understand some of what was happening, but still were confused and scared. Meanwhile, Lechuga’s husband picked up overtime shifts to cover financial shortfalls from the days she couldn’t work during chemotherapy, and her parents and sisters offered tremendous support as well. The family, particularly the children, benefitted from therapy to help them navigate the experiences and emotions of cancer, Lechuga says. 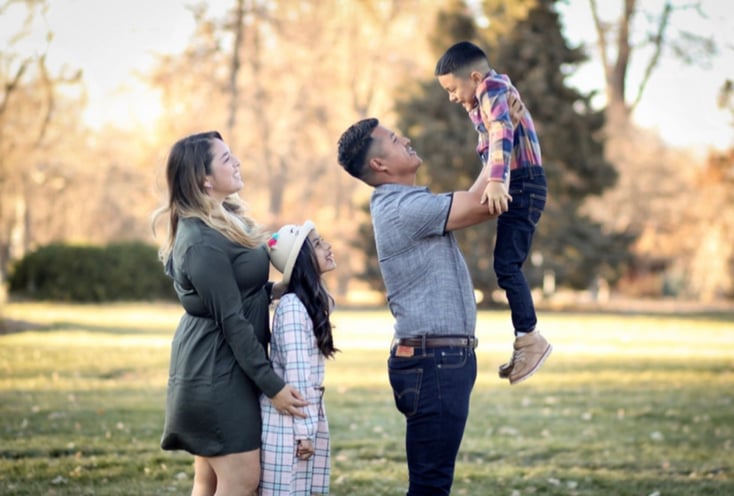 Irma Lechuga, left, with her daughter, husband, and son

Working with a multidisciplinary CU Cancer Center team, Lechuga began six weeks of chemotherapy, followed by a four-week break and then eight weeks of chemoradiotherapy treatments. Through these treatments, she heard about and began researching ileostomies.

Qualifying for the clinical trial

“A lot of times when we treat people for rectal cancer, we use an ostomy,” Vogel explains. “It can be temporary or permanent, which depends on the patient and the precise location of the cancer and whether they’re going to have neoadjuvant therapy for the rectal cancer, which is the chemotherapy or radiation they receive before the surgical procedure.

“While a temporary ileostomy is often used to prevent or lessen the severity of complications of rectal cancer surgery, the ileostomy itself may be problematic. It could result in dehydration, interference with normal activities, and requires another inpatient operation to have the ileostomy closed.”

In Lechuga’s case, had she not participated in the Colospan device trial, an ileostomy would have been part of the low anterior resection (LAR) surgery for which she was a candidate. During an LAR, Vogel removes the cancerous portion of the rectum then attaches the colon to the remaining portion of the rectum with a colorectal anastomosis, or surgical join.

However, because she qualified for and joined the trial, during her surgery Vogel positioned the Colospan device inside her bowel.

The Colospan device is held in place by balloons and a collar that is connected to a tube that passes through the abdominal wall. After 10 days, radiology scans are done to confirm there is no leakage at the surgical join, and then the Colospan device is removed without surgery or even anesthesia.

The device previously has been tested in Israel and several European countries, and the U.S. study is a Food and Drug Administration Investigational Device Exemption (IDE) study happening at 10 sites across the country.

In the previous studies, about 20 percent of participating patients experienced leakage at the surgical join and required further surgery for an ileostomy, Vogel says. “But we think the actual failure rate in the U.S. study is probably going to be lower, probably 10 percent or less, because the exclusion and inclusion criteria have been modified.”

At the CU Anschutz Medical Campus study site, Lechuga was the first study participant. So far, three study participants have had the Colospan device and none have experienced leakage, Vogel says.

Recovering in a day-by-day process

For Lechuga, who turned 31 on New Year’s Eve, recovering from surgery has been a day-by-day process. After her August 2 surgery, she recognizes now that she should have stayed with a liquid or soft diet for a bit longer because she struggled with constipation. “But even with that, I was so grateful and happy not to have an ostomy bag,” she says.

Her scan 10 days after surgery showed no leakage at the surgical join, “so Dr. Vogel just pulled (the Colospan) out. It was really easy,” she recalls. “I was terrified, but also excited for it to be out because I wanted to see what the future would be like.”

Her care team advised her that it could take time for her bowels to “wake up” and relearn how to digest food. Progressing from the very low-fiber diet she maintained right after surgery, Lechuga has gradually re-added foods to her diet, as well as drink a gallon of water a day, to give her body time to recover. She also has progressed to check-ups with her cancer care team every three months rather than every month.

“I wouldn’t say that today I’m 100 percent back to normal, but I’m definitely getting there,” she says. “Now I actually do have bowel movements, I have a diet that I like and that I want, and I know that maybe in a few more months I’ll be exactly where I want to be.

“I would say to anyone who’s wondering about participating in the trial that I’m so glad I gave it a shot. Dr. Vogel is the best out there and even though there are risks, the Colospan has really helped me. I didn’t have to have an ostomy and I’m able to live the life I want to live.” 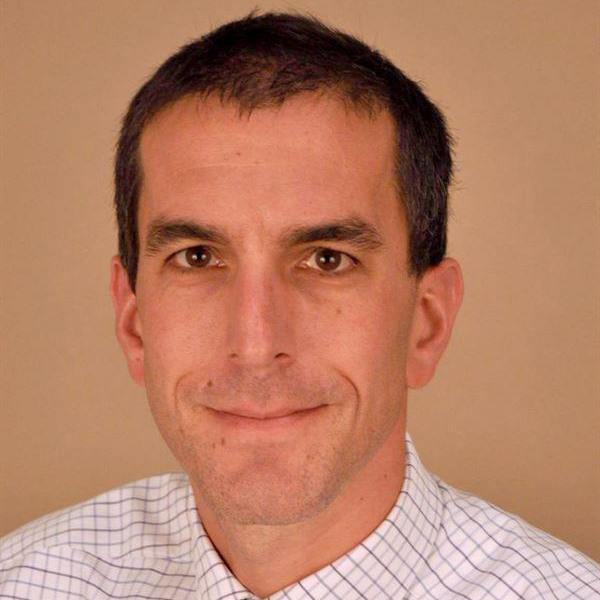