Knowing your family health history is one of the first steps to finding out if you may have a higher risk of cancer and might need early screenings. Ela Carta is no stranger to the struggles of having a family history of cancer. At the age of 30, Carta’s aunt, Audie, began urging Carta to get a mammogram. With a long family history of breast cancer and fibrocystic breast disease, Carta knew she had to be proactive with her health.

“When you have fibrocystic breasts, everything feels like a bump, and you can’t tell what you’re feeling,” said Carta. “Every now and then I would feel something new or something would change, and I would visit my doctor. I started to get really frustrated, and I felt like I was a timebomb.”

According to the American Cancer Society (ACS), breast cancer cells usually form a tumor that can often be seen on an X-ray or felt as a lump. Breast cancer occurs almost entirely in women, but men can get breast cancer too. Breast cancer can spread when cancer cells get into the blood or lymph system and are carried to other parts of the body. ACS estimates that in the United States, more than 275,000 new cases of breast cancer will be diagnosed in women in 2020.

With rising cases each year, breast cancer continues to affect many families. Carta’s story is a testament to the strength of hope and early detection.

While her parents served in the Navy, Carta spent her childhood with her grandparents in Medford, Oregon. She recalls this time as being one of the best in her life.

“They had a vineyard and a big creek in their backyard. You would have to take a ladder to get down into the creek. It was all sand, so you could squish your feet around, pick up pretty rocks, and there were raspberries and blackberries along the side,” said Carta. “Whenever I’m stressed out, I think about Grandma and Grandpa’s house.”

Carta moved to California at age 5 and then lived in several cities before moving once again at age 13 to Grosse Ile, Michigan, where she lived with her other grandmother and attended high school. It was 12 years ago that Carta decided to visit a friend in Colorado and found her home. She fell in love with the state and immediately began plans to move west.

“I came to Colorado and it felt like I was home immediately,” said Carta. “I didn’t want to leave, so when I got back to Michigan, I made arrangements to get back to Colorado.”

She began searching, applying, and interviewing for jobs. After several offers, she was ready to begin her next chapter in Colorado.

Making a Decision to Save Her Life

After Carta moved to Colorado, her aunt began urging her to start getting mammograms because of their deep family history with breast cancer. Her aunt had a ductal carcinoma – a common form of breast cancer — and had a double mastectomy procedure in her early 40s. Carta’s mother was also diagnosed with metastatic breast cancer and died on May 8, 2018, a day before Mother’s Day. Because of her family history, her aunt suggested Carta consider a double mastectomy.

“I didn’t want my daughter to see me suffer through cancer. That’s  the main reason I did it. I felt like I would have more control if I didn’t wait until after I was diagnosed with cancer.” - Carta

Carta began to visit doctors to discuss her options and best practices. She completed a genetic test and because of her family history was able to get approval from her insurance to continue with a double mastectomy procedure. Through all of this, Carta was also going through a divorce, but she only had one goal in mind: to survive for her daughter.

“It was awful to think about disfiguring my body in that way,” said Carta. “At the same time, I didn’t want my daughter to see me suffer through cancer. That’s the main reason I did it. I felt like I would have more control if I didn’t wait until after I was diagnosed with cancer.”

At the end of 2011, Carta completed her double mastectomy, and with the help of her aunt, she began the recovery process.

Reconstructing Her Body and Life

Following the double mastectomy, Carta began the breast reconstruction phase. There are many different options and types of breast reconstruction procedures. Some are done (or started) at the same time as the mastectomy, while others are done later. Carta’s first restoration procedure created more challenges. One of her implants slipped out of position, and she had significant scarring from her previous procedure. Carta struggled with her self-confidence and felt hopeless.

“For me, the time that I looked disfigured was really destructive to my self-confidence,” said Carta. “Before I put on my makeup on, I would get fully dressed because I didn’t want to look at myself. I was very unhappy with the way I looked.”

Despite the challenges with her first reconstruction procedure, Carta’s resilience kicked in once again. She decided to do additional reconstruction with a new provider. She conducted hours of research to find a surgeon who would fit her needs. 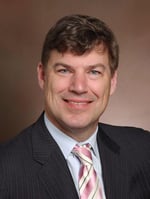 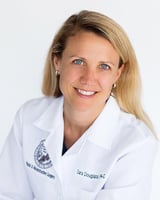 In 2017, Carta met David Mathes, MD, professor and division chief at the University of Colorado School of Medicine Division of Plastic and Reconstructive Surgery. During her first visit with Mathes, Carta described being apprehensive due to her previous experience. Mathes, along with Sara Douglass, PA, an instructor with the Division of Plastic and Reconstructive Surgery, gave Carta the hope and comfort she had been looking for throughout this experience.

“I went to see Dr. Mathes, and I remember one of the first things Sara Douglass told me was, ‘This is a process, and we’re in this together,’” said Carta. “That was the best thing anyone has said to me throughout this experience. That really kept me going.”

Carta put her faith in Mathes and his team, who conducted at least half a dozen surgeries on her, including implant removal, nipple reconstruction, DIEP flap, fat grafting and new implants.

"It was an honor to work with Ela through her reconstruction process,” said Mathes “Her positive spirit stood out every step of the way. It was clear that she gained perspective through her journey and was able to advocate for herself in a meaningful way. It was a true partnership."

Carta described the “incredible feeling” she had being able to look at herself in the mirror again and talked about how Mathes gave her confidence to take her life back.

It All Comes Down to Family, Friends and Support 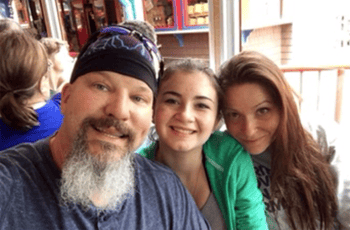 Carta’s team of supporters have given her the biggest motivation to continue fighting. Her daughter, Laina, has always been her top priority. Now a senior in high school, Laina has the goal of becoming a statistician while also serving her community.

“This girl has such a positive attitude. She’s always been an honors student and has always pushed herself,” said Carta. “I love reading the stuff that she’s written. It’s very inspirational. She’s like an old soul. She has a really beautiful perspective.”

Carta’s friends Kristi and Eric also played a major role throughout her journey. Kristi, who is also a breast cancer survivor, and Eric, whose father passed from cancer in 2017, gave Carta the tools and support she needed. Their shared experience would help to build a stronger bond between all of them. And that bond also led Carta and Eric to begin dating in 2014.

“These are people with a lot of empathy, compassion and support. I’m lucky I have them,” said Carta.

Carta also attends a prayer group every week. The group, which she started attending four years ago, encouraged her to give to others while going through her own struggles.

“They are amazing. I don’t know what I would have done without them!”

Throughout her procedures and recovery, Carta has continued to work as an emergency room nurse at UCHealth. She has a strong belief that giving back is the best thing an individual can do during hard times.

Carta and Eric are planning to build a home in Morrison, Colorado, inspired by her grandparent’s home in Oregon.

Carta’s strength, resiliency and compassion shone through as she shared her story and journey.

Her advice for other breast cancer patients? “Do research on your surgeon. Your decision is always going to be your own,” Carta said. “Whatever your decision is, it’s not wrong. Accept and love yourself regardless of physical appearance.”