Before Maurice Musoni, MD, completed his surgical training in South Africa, his home country of Rwanda had no cardiothoracic surgeon.

This was a concern for many reasons, especially with the continuing prevalence of rheumatic heart disease among Rwandans age 12 to 40. This debilitating, sometimes fatal condition is caused by untreated infections, such as strep throat or scarlet fever, that permanently damage heart valves.

In high-resource countries, these infections are commonly treated with antibiotics and rarely lead to rheumatic heart disease. But in sub-Saharan African nations, it’s much more common for untreated infections to cause the disease.

So Rwanda needed a heart surgeon, and in 2019 Musoni returned home after completing his training in South Africa. While he feels the significant weight of the responsibility he carries, he has continually sought opportunities and partnerships with clinicians around the world to grow and strengthen Rwanda’s capacity for treating cardiac conditions and diseases.

One such partnership is with the University of Colorado Department of Surgery. Yihan Lin, MD, MPH, a recently graduated cardiothoracic surgery fellow in the department, met and became friends with Musoni while completing a two-year Paul Farmer Global Surgery Research fellowship in Rwanda through Harvard Medical School.

Inspired by their collaboration in Rwanda, Lin began working with colleagues in the CU Department of Surgery to establish a two-way knowledge- and skill-sharing relationship between clinicians in Colorado and Rwanda.

Because of this relationship, Musoni and his wife, Diane Umulisa, a hematology resident in Tanzania and at Rwanda Military Hospital in Kigali, recently spent a week in Aurora with CU Department of Surgery colleagues – observing procedures, attending presentations, and meeting with program administrators.

Making the world a smaller place

Before Musoni decided to pursue medicine, the nearest example to the profession he had in his family was an uncle who is a veterinarian. The genocide against the Tutsi in 1994 had completely decimated the health care infrastructure and the country had lost a big proportion of their human resource. Rwanda was rebuilding steadily and Musoni intended to be part of that renaissance.

Musoni decided to become a doctor, and two of his brothers followed his example. He earned his medical degree at the University of Rwanda, but opportunities to train as a cardiothoracic surgeon were not available. Therefore, he was sent to train at the University of Witwatersrand in Johannesburg, South Africa. While completing his fellowship, he also began establishing his role as a clinician in Rwanda, which is how he met Lin. 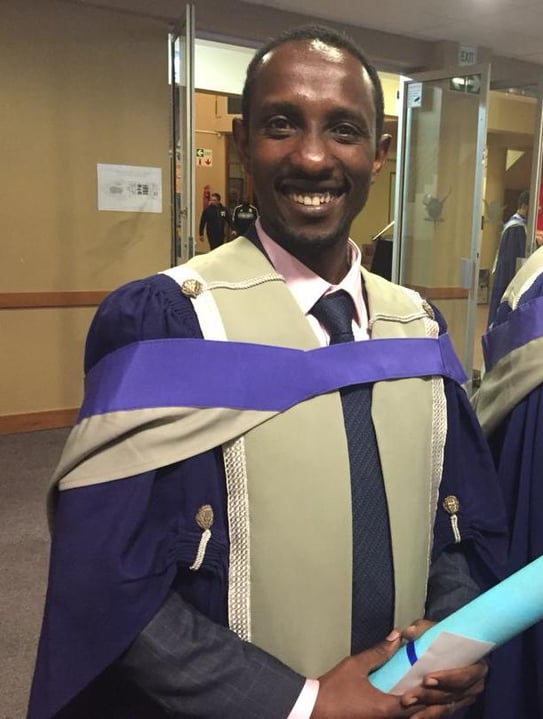 Lin lived in Rwanda for two years while completing her global health fellowship and saw the need for knowledge and skill sharing between clinicians from high-resource countries and medium- or low-resource countries.

“I think the world is becoming smaller,” Lin explains. “There are so many things we can learn from our colleagues working in lower-resource settings. So often, they’re much more adaptable and resourceful in working within their means, and I think there are lessons we can learn from each other from multiple standpoints.”

Several years ago, Lin and about 65 colleagues from the CU Department of Surgery ran a marathon to establish a fund that would support Rwandan clinicians visiting Colorado.

“We previously had residents from CU go to Rwanda for rotation, but it’s important that this isn’t a one-way relationship with just us going there,” Lin says. “Because travel from Rwanda to the U.S. can be very expensive, we wanted to establish a fund to support clinicians coming here.”

Richard Schulick, MD, MBA, chair of surgery in the CU Department of Surgery, adds, "Our health care system in the U.S. is far from perfect, but we certainly have the ability and responsibility to collaborate with other countries to assist in establishing their health care structures, increase their capabilities, and train their future caregivers. This is totally consistent with our vision to 'Improve Every Life.'"

For Musoni, an international approach to surgical practice has been an important facet of his career. He serves as a clinical team coordinator for Team Heart, a Boston-based nonprofit organization established after the Rwanda Ministry of Health in 2007 asked the international medical community for assistance in addressing the growing issues of non-communicable disease.

Through Team Heart, medical groups from around the world come to Rwanda to work on-site with Rwandan medical colleagues in addressing medical issues stemming from limited access to health care. In particular, Team Heart volunteers work with Rwandan colleagues on issues related to rheumatic heart disease.

Musoni says collaborations with colleagues from around the world have helped him and other clinicians on the vanguard of Rwandan health care to see examples of programs they can adapt to the needs of Rwandans and modify to the country’s available resources. While Musoni’s surgical practice is based at King Faisal Hospital Kigali, he is working with colleagues to set up an anti-coagulation clinic, as well as to expand access to surgery that replaces damaged heart valves with artificial ones.

Training the next generations of surgeons

“Cardiac surgery is extremely expensive, but expense can’t be the ultimate concern,” Musoni explains. “Our goal is to save lives, so as our cardiac program grows, we’re asking ourselves how we can be more efficient, how we can do more with the resources we have. In that way, we can serve not only Rwanda, but the area around us.”

In his role as Rwanda’s only cardiothoracic surgeon, Musoni divides his time between the operating room and the seemingly endless list of administrative tasks, planning, and advocacy that attend his role in leading the establishment of cardiac programs in Rwanda. 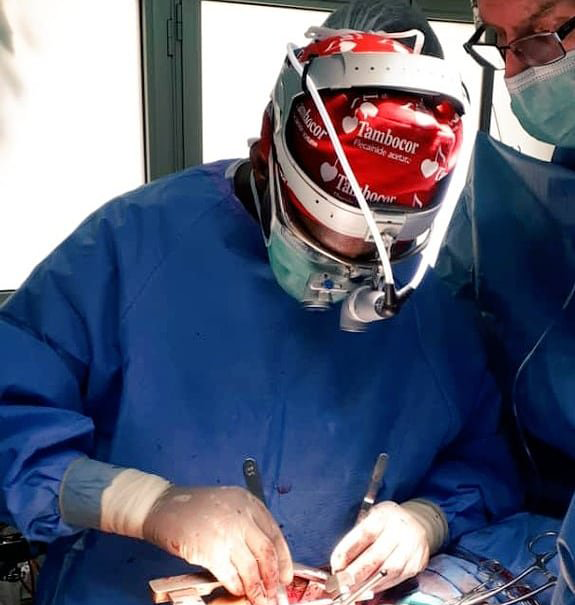 Visiting the CU Department of Surgery is valuable not only in observing procedures and building relationships, he says, but in talking with administrators about creating sustainable frameworks for cardiac programs. He is especially passionate about building programs in Rwanda that allow medical students and surgical trainees to receive their education in-country.

“It’s easy to become so focused on the daily work of being a doctor that we forget about trainees,” Musoni says. “But it’s absolutely essential that we are able to produce the next generations of surgeons, so now we’re thinking about what it will take for us to do that.”