Camille Stewart, MD, assistant professor of surgical oncology in the University of Colorado School of Medicine, is leading general surgery residents on valuable training with new robotic surgical equipment that is becoming more and more common in the world of medicine.

“Robotic-assisted surgery has been FDA-approved since 2000, but it's become much more prevalent in recent years,” says Stewart, who became director of robotic education for the general surgery residency program for the CU Department of Surgery in 2021. “It now comprises 15% of all general surgery operations, and it's used by more than a third of general surgeons. Because it's so commonly used, it's really important for our graduates to know how to use this technology.”

Commonly used in surgeries including cholecystectomy, colectomy, hernia repair, reflux surgery, and cancer surgery, robotic surgery is a type of minimally invasive surgery in which a surgeon-controlled robot is used to perform procedures. The robot enables high-definition visualization and a high degree of dexterity due to wristed instruments, allowing for operations that, when compared to traditional long-incision surgery, can result in smaller incisions, less pain, and faster recovery.

Stewart received a $550,000 grant from Intuitive, maker of the SimNow Robotic Training Simulator, to bring a robotic training console to campus to give residents experience using the equipment. The new robotic surgery curriculum includes an orientation, online modules, robotic labs, and specific educational milestones, all leading to a robotic equivalency certificate that can make departing residents more attractive to potential employers.

“It's a lot like learning how to drive a car,” Stewart says of the training console, which uses surgical simulation to get residents familiar with the equipment. “You have to use both your hands, and you have to use both your feet. Part of what the robotic training simulator is for is that the first time they're sitting at that console, they feel comfortable with the equipment, they feel comfortable with the technology.”

Robotic surgery typically occurs with a surgeon at the console, controlling the robotic equipment, and an assistant at the bedside to exchange instruments and adjust the robot as needed. Too often, Stewart says, residents were taking the bedside role, leaving them with little to no console experience. Now with recently hired dedicated bedside robotic surgery assistants, residents can spend more time at the console.

“In all of our ORs, we have two consoles next to each other to enable education,” Stewart says. “This allows our residents to also be at the console and start learning how to actually do the robotic surgery, and not just assist at the bedside.”

Stewart already had an interest in robotic surgery from her time as a chief resident, when she rotated at a hospital that had dedicated robotic bedside assistants for all robotic surgeries, enabling her to learn how to use the equipment. A complex general surgical oncology fellowship at the robot-focused program at City of Hope Comprehensive Cancer Center in Southern California followed, as did a certification course at Intuitive headquarters in Sunnyvale, California.

“When I came back to the University of Colorado, I wanted to give residents the opportunity to go through the training pathway of getting their equivalency certificate, so that they were qualified to do robotic surgery after graduating from our program,” she says. “The reason I wanted to do it is because I had such a great experience going through a similar training program in my fellowship.”

Further motivation for the robotic curriculum came from a survey Stewart conducted of general surgery program graduates between 2015 and 2020.

“Half of graduates who responded to our survey now use robotic surgery in their practice, and I know that several of the graduates have gone on to fellowship programs where the expectation is that they know how to use the robot before they even show up,” Stewart says. “I know it's something that program directors of fellowships that involve robotics specifically look for.” 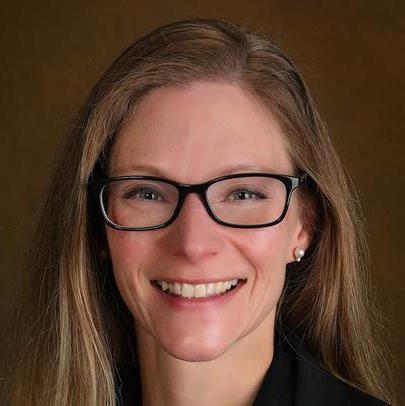