Linda Crnic Institute for Down Syndrome 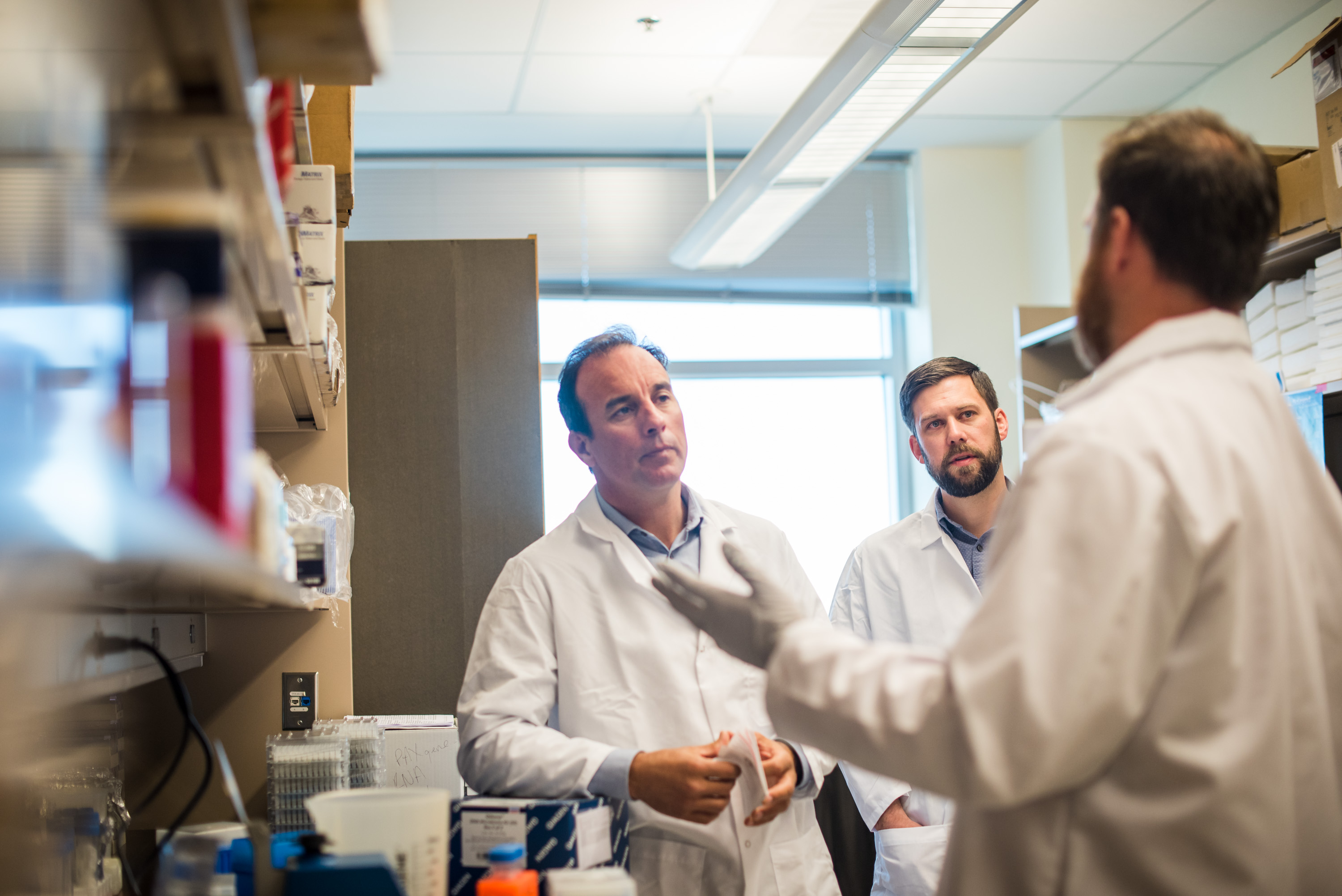 In the fiscal year 2022, members of the Linda Crnic Institute for Down Syndrome (Crnic Institute) secured more than $18 million in research funding from the National Institutes of Health (NIH). This collaborative group of multidisciplinary researchers includes professionals from across multiple campuses, departments and divisions throughout the University of Colorado system. These funds will support continued research on a wide range of co-occurring conditions affecting individuals with Down syndrome with the explicit goal of elongating the lifespan and improving health outcomes in this underserved population.

Joaquin Espinosa, PhD, professor of pharmacology and executive director of the Crnic Institute, in collaboration with Elise Sannar, MD, assistant professor of psychiatry at Children’s Hospital Colorado, and Jonathan Santoro, MD, assistant professor of neurology at Children’s Hospital Los Angeles, were awarded a $5.3 million grant for their project titled Mechanistic investigation of therapies for Down Syndrome Regression Disorder. The goal of this project is to complete a research-intensive clinical trial to compare the relative safety and efficacy of three alternative therapeutic approaches for Down Syndrome Regression Disorder, including two promising immune-modulatory medicines.

Dr. Espinosa, in collaboration with David Norris, MD,  professor and chair of dermatology, and Cory Dunnick, MD, associate professor of dermatology, were awarded an additional $3 million to complete their project titled JAK inhibition in Down syndrome, a research-intensive clinical trial testing the safety and efficacy of an immuno-modulatory agent to attenuate the interferonopathy of Down syndrome, with an emphasis on treatment of autoimmune skin conditions.

Jim Costello, PhD, associate professor of pharmacology, and Casey Green, PhD, professor of biomedical informatics, were awarded $3.9 million for their project titled Novel computational strategies to deconvolute co-occurring conditions in Down syndrome. This project aims to develop computational methods to analyze multi-omics datasets generated from individuals with Down syndrome with the goal of deciphering why they are more likely to develop many accompanying medical conditions.

Mingxia Huang, PhD, associate professor of dermatology, along with Huntington Potter, PhD, professor of neurology and director of the University of Colorado Alzheimer's and Cognition Center, and Kelly Sullivan, PhD, assistant professor of pediatrics, were awarded $2.6 million for their project titled Neurovascular unit dysfunction in Down syndrome revealed by traumatic brain injury (TBI). The goal of this project is to decipher the molecular and cellular basis underlying cerebrovascular disorders in Down syndrome.

Kunhua Song, PhD, associate professor of medicine, was awarded a $2 million grant for a project titled Mechanisms for cell signaling in the control of cardiomyogenesis. The goal of this project is to investigate the molecular and cellular mechanisms leading to high risk of congenital heart disease in newborns with Down syndrome.

Dr. Deborah Fidler, PhD, professor of human development and family studies at Colorado State University, received $373,000 for a project in collaboration with Dr. Espinosa’s team titled Biosignatures of Executive Dysfunction in Down Syndrome, which aims to discover molecular differences among children with Down syndrome with diverse cognitive abilities.

Ulli Bayer, PhD, professor of pharmacology, was awarded a $237,000 grant for his project titled CaMKII nitrosylation in the age-related decline of synaptic plasticity.

Rytis Prekeris, PhD, professor of cell and developmental biology and director of the Molecular Biology Graduate Program, received a $150,000 supplement to the Genetics of Development, Disease, and Regeneration Training Program.

Mark Dell’Acqua, PhD, professor of pharmacology and director of the NeuroTechnology Center, received a $121,000 supplement for the Predoctoral Training Grant in Pharmacology.

Linda Crnic Institute for Down Syndrome