The American Association for the Advancement of Science (AAAS) has named two faculty members at the University of Colorado School of Medicine among its 2020 class of AAAS Fellows. The honor recognizes researchers whose efforts on behalf of the advancement of science or its applications in service to society have distinguished them among their peers and colleagues.

Wendy Macklin, PhD, distinguished professor and chair of the Department of Cell and Developmental Biology, and Michael Dougherty, PhD, associate adjoint professor in the Department of Pediatrics, are among the 489 newly elected fellows. They will be inducted in February 2021 at the conclusion of the AAAS’ annual meeting.

Progress in the MS fight 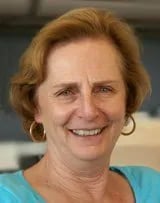 Since 2009, Macklin has been professor and chair of the Department of Cell and Developmental Biology, building on decades of research in understanding the regulation of myelination in the developing brain and of remyelination in adults following demyelination, as in multiple sclerosis.

“Multiple sclerosis is an immune attack on the nervous system. There are multiple drugs that are helping greatly to reduce the immune attack, but you still have to repair the damage in the nervous system,” says Macklin, who was recognized in the AAAS’ neuroscience category. “This is where we come in. We’re really looking at the question of how we can help to repair the damage. We’re trying to understand what the signaling pathways are between multiple cell types.”

As a pioneer in the field, Macklin has developed tools and methods that have transformed how myelin biology in the central and peripheral nervous systems is studied. Many of those tools are in use today in labs across the world. She helped develop a master’s degree program in modern human anatomy that has now trained more than 100 students and has become an integral part of the medical school curriculum.

“It’s a recognition from a huge community,” she says of the AAAS fellowship. “I’m focused on the specific things that we do, but realizing that other people feel that it’s had a huge impact in the field, that’s really quite nice to have people say that about the work we do.”

Dougherty, recognized in the AAAS’ education category, is known in the U.S. and internationally as an expert on genomics education of health professionals. Throughout his career he has studied the genetics and biochemistry of Alzheimer’s disease and directed a number of NSF- and NIH-funded genetics education programs. As a faculty member at Hampden-Sydney College in Virginia, Dougherty ran a research program that used yeast genetics to study toxic, self-replicating protein complexes called prions, which are found in certain human genetic diseases such as Creutzfeldt-Jakob Disease and fatal familial insomnia.

“After the sequencing of the human genome, there was a great need to teach more genetics and to teach it better, and my expertise really shifted over the course of my career from bench science to education,” he says.

As director of education for the American Society of Human Genetics, Dougherty spearheaded the development of education programs for physicians and other health care professionals to help them use genomics to improve their clinical care of patients. He joined the CU School of Medicine as a visiting professor for the 2011-12 academic year, where he worked in the Linda Crnic Institute for Down Syndrome. In 2012 he became an associate professor adjoint.

“Being elected an AAAS Fellow was an honor that really struck me out of the blue,” he says. “Like many scientists, I look forward to checking the published list of new fellows when they are announced each fall to see which colleagues have been honored, and it’s been a great joy for me to reach out and congratulate them. I never thought I’d be on the receiving end of such congratulations. It’s quite humbling.”