For people with type I diabetes, a build-up of blood acids called ketones can lead to a serious condition called diabetic ketoacidosis. This condition occurs when the body doesn’t have enough insulin to break down glucose, its usual energy source, and can lead to diabetic coma or even death.

That’s why regularly screening for ketones is important for people with type I diabetes – from the gold-standard blood ketone tests to urine ketone tests. Recently published proof-of-concept research led by Halis K. Akturk, MD, assistant professor of pediatrics in the Barbara Davis Center for Diabetes, indicates that widely available breath ketone analyzers may also be a useful tool for adults with type I diabetes to monitor ketones.

“The current available forms of screening for ketones are blood ketone monitors and urine ketone tests,” Akturk explains. “Blood ketone monitors are the gold standards of clinical practice but they are very expensive and insurance coverage is poor – one test strip can cost more than $2 and they’re only good for a limited amount of time. Urine ketone tests are widely available but the problem is they are not instantaneous, there’s always a lag time for results.”

Akturk and his colleagues measured how accurate data from FDA-cleared, non-invasive breath ketone analyzers is compared with data from blood ketone monitors. “We were thinking that if these devices are easy, there is no finger stick, no blood, no urine, it’s a one-time purchase so you can use it often, could they be a useful tool for monitoring ketones?” Akturk says.

In the study, adapted to accommodate at-home monitoring necessitated by the COVID pandemic, 10 adults and nine children with type I diabetes were given a commercial breath ketone analyzer and a blood ketone meter. They were asked to measure their ketones for 90 days, resulting in 500 paired blood ketone and breath ketone analyzer results, 372 from adults and 128 from children.

In analyzing the data, Akturk and his colleagues found significant association between measurements collected from breath ketone analyzers and elevated blood ketone monitor results in non-fasting adults. No similar associations in children were found. Measurements taken before breakfast were considered fasting, Akturk says.

A possible reason that no associations were found in children is that the breathing technique required to effectively use the breath analyzer is difficult for children, or because their smaller lung capacity doesn’t let them exhale enough air, Akturk says.

Akturk’s research also found that commercially available breath ketone analyzers are very sensitive to alcohol, “so any trace of alcohol falsely increases the results,” he says. “So we were suspicious that some extremely high results may have been influences by trace alcohol in toothpaste or mouthwash.”

As proof-of-concept research, these results have the potential to lead to several further avenues of study, Akturk says, including researching why no associations were found between the two measurement types in children and in fasting adults.

Also, breath ketone analyzers are FDA cleared, meaning they have been designated as not harmful, but not FDA approved for monitoring ketones in people with type I diabetes. Whether they receive FDA approval for this purpose will also require further research, Akturk says.

However, as widely available devices that may be purchased once and used often, breath ketone analyzers have the potential to be useful tools for people with type I diabetes, Akturk says, which further research will consider. 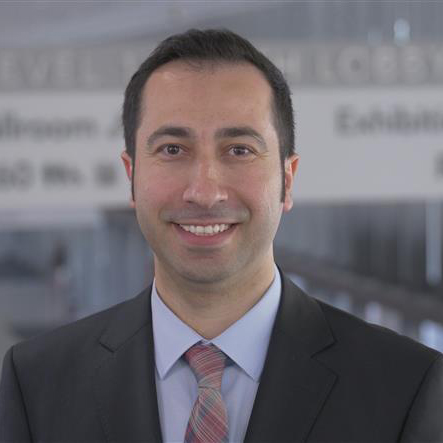