The University of Colorado School of Medicine was one of 36 study sites for a clinical trial that shows that diabetes drugs liraglutide and insulin glargine, when taken with metformin, allow patients to achieve and maintain their target blood levels for a longer time compared to two other commonly used diabetes medications.

Results of the study were published September 21 in a pair of papers in The New England Journal of Medicine.

“The treatment choice is not really clear as far as what we should choose as a second line of treatment for type 2 diabetes,” says Rasouli, associate division head in the Division of Endocrinology, Metabolism, and Diabetes and director of the CU Diabetes and Endocrinology Clinical Trial Program. “We know that metformin is the first line of treatment in type 2 diabetes, but there is no consensus on what to do next to get to glycemic target after metformin fails. There are more than 13 classes of glycemic lowering medications to choose from, and we have not had any large evidence-based trial comparing different options.”

More than 37 million Americans have diabetes, and approximately 90% to 95% of them have type 2 diabetes. People with diabetes who keep their blood glucose levels in the near-normal range generally have a much lower risk of developing diabetes complications such as nerve, kidney, and eye diseases. Diabetes is difficult to treat, as most people require more than one medication to control blood sugar levels over time.

Launched in 2013, the Glycemia Reduction Approaches in Diabetes: A Comparative Effectiveness (GRADE) Study was designed to compare four drugs commonly used to treat type 2 diabetes. All four medications were added to treatment with metformin. The trial was funded by the National Institute of Diabetes and Digestive and Kidney Diseases, part of the National Institutes of Health. The study enrolled 5,047 people with type 2 diabetes from diverse racial and ethnic groups who were already taking metformin. Participants were randomly placed into one of four treatment groups. Three groups took metformin plus a medicine that increased insulin levels — either sitagliptin, liraglutide, or glimepiride. The fourth group took metformin and insulin glargine U-100, a long-acting insulin.

After an average of four years of follow-up, the study found that participants taking metformin plus liraglutide or insulin glargine achieved and maintained their target blood levels for the longest time compared to sitagliptin or glimepiride. This translated into approximately six months more time with blood glucose levels in the target range compared with sitagliptin, which was the least effective in maintaining target levels. Treatment effects did not differ based on age, sex, race, or ethnicity.

More work to do

While Rasouli was pleased to see liraglutide and insulin glargine emerge as the best medications for patients for whom metformin is not enough, she says the GRADE Study also shows researchers still have work left to do when it comes to helping people manage their type 2 diabetes.

“What was eye-opening was that the percentage of patients in the trial who remained at the glycemic target was relatively small — only about 25%,” she says. “That tells us that even though we have 13 classes of diabetes medications, still we are not able to maintain glycemic control in the long term. We need more innovative approaches for treatment and management of diabetes — maybe newer medication or a different way of prescribing these medications.”

Currently, Rasouli says, patients have to fail on one medication before they get prescribed another. But that paradigm may soon be changing.

“Our stepwise approach may not be the best one,” she says. “Maybe we need to start with multiple medications early in the course of diabetes and put more emphasis on lifestyle modification and weight loss.” 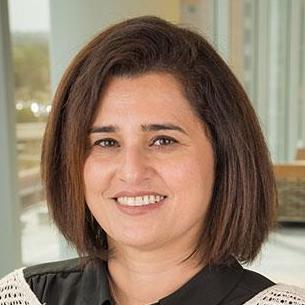