Pam Wilson, MD, was your typical recreational athlete before the 1978 car accident that left her partially paralyzed and using a wheelchair for mobility, but after the accident, sports became a vital part of her recovery — a way to strive, compete, improve, and measure her progress as she went through physical therapy and rehabilitation.

“Sports was a really big deal,” says Wilson, who competed in basketball, track and field, and swimming in the years immediately following the accident and even was a national skiing champion. “It probably saved my life in some ways.”

Wilson thought about competing in the Paralympics at that point in her life, but something else was calling her even more strongly — medical school. She received her degree from the University of Colorado School of Medicine in 1989 as one of the first medical students in the country to go through their classes, internship, and residency in a wheelchair.

Wilson, who now works in the Department of Pediatric Rehabilitation at Children’s Hospital Colorado, has always had a love of sports, but she recently reawakened that competitive part she had missed. She has been training in the winter sport of curling, in which teams of four people use specialized brooms to guide the path of a stone as it glides over the ice to a target. Wilson, a regular presence at the Denver Curling Club, traveled to Beijing in October for the wheelchair curling world championships. After her victory there, she was named to the 2021 Team USA Paralympic team for the sport. She will return with her team to Beijing in March to compete against the best curlers from around the world.

For Wilson, it’s a chance to answer some questions about what could have been.

“After my accident, I came to a place in my life where I could have gone on and tried to excel in my sporting career, or I could go to medical school, and I chose the path of going to medical school,” she says. “But there was always this lingering sense of, ‘Should I have waited a little bit longer and seen if I could have been a Paralympian back then?’ But that was not the path I chose at that point in my life. And I’ve always wondered if I could do it or not. With this new sport of curling, I have a chance to come back and close up some loops in my sporting career.”

Sense of community and inspiring her patients

Wilson is one of five curlers on the U.S. wheelchair curling team; they won the Worlds “B” competition in Finland in April, defeating Switzerland in the final round to advance to the World Finals in Beijing. For Wilson, the sport offers social as well as athletic benefits.

“It's a super-cool sport because, first off, it’s a sport for everyone,” Wilson says. “Anybody can curl at any level, so if you have bad knees or something, you still can do curling. Curling also develops a community, because you're playing against all these people, but after you're done curling, you all hang out and talk. There's a real sense of community that you don't get in some other types of sports.”

Wilson values that sense of community in her work at Children’s Hospital, as well — she even took some of her colleagues at the hospital to the Denver Curling Club recently so they could get a taste of what the sport is all about. She sees other similarities between her work as a doctor and her work on the ice, among them focus, teamwork, and communication.

“It’s super important that you communicate on the ice and talk about what you’re doing, and it’s important in clinic that we communicate with the families exactly what pathway we're going to be on,” she says. “Having fun is important too. I have fun in the curling rink, and I have fun when I work with families in clinic. There are a lot of positives both ways.”

As a specialist in pediatric rehabilitation medicine, Wilson often works with children who have disabilities. She shares her experiences with them as inspiration for them to envision a life where they aren’t defined by their disability.

“Sports was super important for me in making the transition to being a person with a disability,” she says. “One of the things I hope to do is to inspire some of the kids I work with to think beyond the disability and think about other things they can do with their life. Sports is just one of the options for them. It could be theater or something like that. We always want the kids to optimize the things they’re doing in life and not let their disability hold them back.”

Preparing for Beijing with hopes of a medal

As they prepare for the Paralympics in March, Wilson and her teammates get together to train once a month, working individually in their home cities the rest of the time. Wilson is on the ice at the Denver Curling Club or the new Rock Creek Curling in Lafayette at least four times a week.

The team also gets together online regularly to talk about strategies and run game simulations. Wilson and all of her teammates want to be ready for the contest that is the ultimate goal of every athlete with a disability.

“This Paralympic experience, to me, is like climbing Mount Everest,” she says. “I’ve been planning this journey for a long time, and finally being able to do it is like summiting Everest. I can't tell you how excited I am about making this team.” 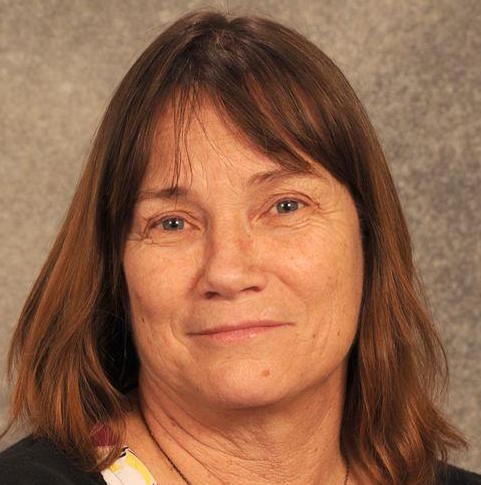