In May, on the way to a campaign event, Fetterman had a stroke that his wife has said she recognized when he began slurring words and the left side of his face began drooping. During his Oct. 25 televised debate with Oz, Fetterman began by addressing “the elephant in the room.”

“I had a stroke,” he said. “And I might miss some words during this debate, mush two words together, but it knocked me down and I'm going to keep coming back up.”

A stroke can happen when a blood vessel that carries oxygen and nutrients to the brain ruptures or is blocked by a clot. When that occurs, brain cells die because the area of the brain affected can’t get blood or oxygen.

Though strokes are the fifth most common cause of death in the United States and a leading cause of disability, there are common questions and misconceptions about their cause, severity, and the impact they can have on the lives of those who experience them.

We recently spoke with Michelle Hu Leppert, MD, MBA, an assistant professor of neurology in the University of Colorado School of Medicine and stroke researcher, about some of the most common questions about strokes.

What are some of the most common symptoms that someone has had a stroke?

The first thing to look for is a sudden change, a difference from one minute to the next. It could be that all of a sudden you feel like your face is drooping, or you can’t speak or get words out, your hand can’t grip, you can’t raise your arm, whereas you were fine the minute before. Maybe you suddenly can only see half of everything, or you have double vision one minute when the minute before you didn’t. And there’s not often pain – it’s not like a heart attack where you may have chest pain or pain in your arm. So, these symptoms can be easy to ignore, especially if they’re not the symptoms we usually think of where suddenly one side of the face is drooping or one half of the body is immobile. You may tell yourself you’re stressed or you’ve been staring at the computer screen too long and go lie down for a nap. But if you experience any sudden change like that, we want you to get help immediately.

There’s the saying that “time is brain.” Does it make a difference how quickly you get medical care after a stroke?

The goal of acute stroke care is to reverse disability, so the sooner you come in the more likely it is that we can restore function. Your chances of restoring function back to what it was, or closer to what it was, are better if you seek medical attention as soon as you experience symptoms. When we think of stroke, there’s the area of the brain where it occurs, but then there’s all this surrounding area that’s struggling to get circulation. If you’re having stroke symptoms, every minute we delay beginning treatment a million brain cells have died. Even if you’re unsure, I’d much rather it be a false alarm.

A thing to remember about strokes is they can be chameleons – the symptoms can look like many different things. So, a lot of times people may worry that they’re being dramatic or they don’t want to make a big deal out of it, but it’s so important to go to the ER and learn for sure whether it was or wasn’t a stroke.

Is there a particular part of the brain where strokes occur?

How do clinicians assess the seriousness of a stroke?

We use the NIH Stroke Scale, which establishes criteria that we use to create a score for people who’ve had a stroke. So, the higher the score, the worse the stroke. Some of the factors we consider include whether there’s facial palsy, whether speech is slurred, motor function in the arms and legs, whether there’s vision loss or double vision.

What’s the average age at which people have strokes?

The average for stroke is 65, though you can have them at any age. My area of research is strokes in young adults, and one of the perplexing things we’re working to understand is why we’re seeing more women than men with strokes in the less than 35 age group.

Is it possible to regain function and mobility after a stroke?

Absolutely, and again, that’s why it’s so important to seek medical care if you have that sudden change, so that we get you on thrombolytics or go in and remove blood clots if that’s what needs to happen. When we’re able to do that right away we can immediately begin working on reversing disability. I don’t want to give people false hope, but it is possible to regain a lot of physical and neurologic function after a stroke, depending on its severity and where in the brain it occurred.

I tell patients in the clinic, “It’s not that you can’t do something after a stroke, it’s just that you might have to learn how to do it differently.” Sometimes, the most frustrated patients are the ones who try to do something the same way they’ve always done it and are not successful. Life is going to look different after a stroke, but we still encourage all our patients to continue to be active and work if that’s what they want to do. Strokes can be a really life-changing, difficult diagnosis physically and emotionally, but we emphasize to patients that they can still live the life they want. It’s just going to look a bit different.

What can people do to reduce their risk of stroke?

The most effective things people can do is follow what’s recommended in the American Heart Association’s Life’s Simple 7, things like stopping smoking, getting a good amount of physical activity, having a healthy diet, managing your blood pressure. One of the most important things is getting a regular physical. In my research, we’ve learned that men don’t get physicals as often, so we’ll catch more women with cardiovascular risk factors because they’re seeing their doctor for gynecologic care or for pregnancy care. Just seeing your doctor regularly so that you can have a documented medical history, and your clinician can have a better awareness of risk factors, is so important. 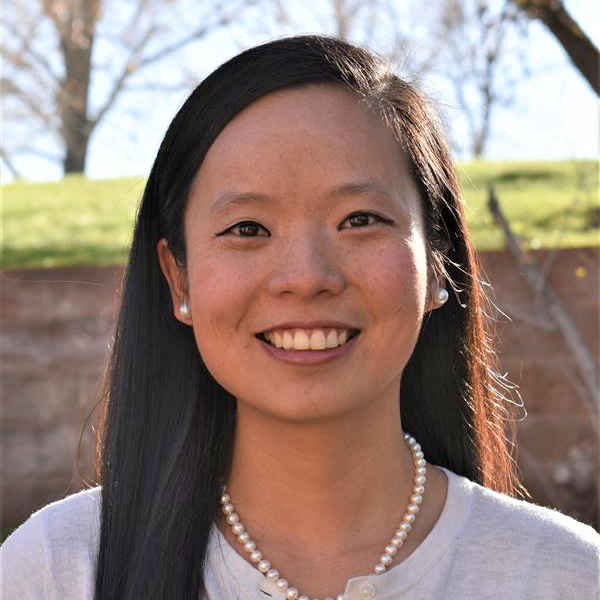