Home News Keeping An Eye Out for Diabetes back to News

Mark Petrash, PhD, vice chair of research at the Sue Anschutz-Rodgers Eye Center and professor of ophthalmology at the University of Colorado School of Medicine, not only studies the molecular mechanisms behind what’s causing diabetic eye disease, but he also tries to identify new approaches for intervention.

A pioneer in researching natural diabetic therapies, we asked Petrash to explain the causes of diabetic eye disease and his promising studies on holistic healing practices.

How is eye health related to diabetes?

Diabetes is a leading cause of blindness, and it affects the lens of the eye, which is the transparent part that's responsible for focusing light on the retina. It also affects the retina by causing the blood vessels in the retina to become very fragile. Whenever they develop this fragility, they're more prone to bleed and create what are called aneurysms in the retina. Damaged and leaky blood vessels also lead to swelling of the retina, a condition called macular edema. The longer someone has diabetes, the more prone they are to develop these retinopathy conditions.

What types of diabetic eye disease are there?

Diabetic retinopathy is the most sight threatening consequence of diabetes. However, people with diabetes are also more likely to develop other conditions, such as cataracts or glaucoma. These conditions are possible to treat to prevent worsening vision, but treatment will not fix damage already done to your eyes. Treatment options range from injections to laser treatment and eye surgery.

How does diabetic eye disease develop?

Diabetic eye disease develops after a period of time when someone has diabetes. Its onset is more sudden in people who have type 1 or acute diabetes because the hyperglycemia is more severe. People with type 2 diabetes often have diabetes for many years, sometimes decades, before they'll have noticeable changes in their vision that takes them to the ophthalmologist or the optometrist. You don't develop diabetic eye disease until you've had the onset of diabetes.

Who is most at risk?

The common denominator is people with diabetes. A lot of people have diabetes and don't know it. Diabetes is really a disorder of blood sugar control, and we know that there are two types. Type 1 is more of the juvenile onset form, which has a very sudden onset and relatively obvious symptoms. For most people that have type 1 diabetes, there's no question if they're diabetic. Type 2 diabetes is more of a silent disease. In many cases, someone has a pre-diabetic condition and then it gets progressively worse. It's usually associated with people who are physically inactive or overweight. Smoking is a risk factor as well.

You were one of the first to scientifically test holistic therapies for diabetic eye disease. What did you discover?

In our efforts to develop therapies that prevent diabetic eye disease back in 2010, we started thinking about what we can learn from the human experience that may help guide our research and be most relevant to human therapy. We looked at different cultures and how they deal with disease, including a tradition called Ayurveda, which utilizes certain plants and natural products that are believed to have therapeutic benefits.

We discovered the clinical trial had not yet been conducted in this practice of Ayurveda against diabetic complications of the eye, so I made a collaboration with a colleague in India to study different kinds of natural products, spices, fruits, vegetables, different plants recommended by this tradition. We were able to test them in the laboratory with our diabetic animal models and ask the question: if they consume this Indian gooseberry, for example, will it protect against diabetic eye disease? The answer turned out to be yes.

What about gooseberry was successful?

People with diabetes have excess sugars in their blood glucose, and this accumulation of glucose in the blood activates a pathway that's not normally important. Whenever the blood sugars go up, as in diabetes, this alternative pathway becomes very active, and it results in the conversion of glucose into a small molecule called sorbitol. Sorbitol accumulates in the cells of the lens of the eye, and it causes the cells to swell. When the cells swell, it changes the shape of the lens and causes the lens to not work properly.

Why did you test this theory?

One of the most exciting things is to understand the biology and chemical mechanism that gives rise to diabetic eye disease, while also being sensitive to cultural practices and learning from them to use as a guide to identify new therapies. If you look in other areas of medicine, there are many natural products that have either by themselves have been shown to be therapeutic or have revealed a chemical structure that can be modified in the laboratory to make it more potent as a therapeutic agent. For example, paclitaxel, a well-known cancer therapeutic, was developed based on a natural product found in Pacific yew trees.

Has this discovery been used in clinical practice?

Research is ongoing to improve the properties of natural products to ensure they are safe and effective against eye disease, which could lead to proof-of-concept trials.

The material in the gooseberry is a compound called beta-Glucogallin, and we know that looking at the structure, it's a compound that would be broken down rapidly in cells. With the help of Daniel LaBarbera, PhD, professor of pharmaceutical sciences in the CU Skaggs School of Pharmacy, and his team of chemists, we have been able to make very slight modifications to the structure of beta-Glucogallin to make it last longer in the body. This means, for example, whenever you eat it, it wouldn't be broken down as quickly as the natural product would. We predict these modifications will make a more effective compound.

Taking care of your diabetes is the most important thing you can do to protect your eye health. That means consuming foods that are rich in antioxidants, such blueberries, spinach, and kale, and engaging in regular physical activity. I enjoy eating gooseberries in my breakfast cereal.

This also means scheduling regular, preventive eye checkups so that providers can monitor whether the diabetes is causing changes in your eyes, especially once the condition of diabetes has been diagnosed.

Vision is one of the most precious senses we have. Work with your provider to make sure you're doing everything you can to protect your vision. 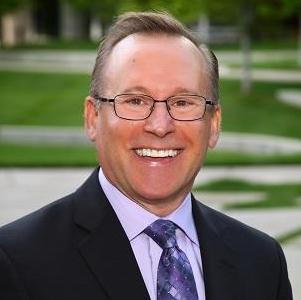