The remains of an infant that researchers came to call Neve emerged slowly from 10,000 years of sediment. Near the back of Arma Veirana cave above the village of Erli in northwest Italy, delicate brush strokes first revealed perforated shell beads and pendants and then, on the last day of the 2017 excavation season, fragments of a tiny human cranium.

For Caley Orr, PhD, an associate professor of cell and developmental biology in the University of Colorado School of Medicine, it was a profound moment. Well-documented burials from the early Mesolithic period immediately following the last Ice Age are rare, and infant burials from that time are rarer still. The Mesolithic is of particular interest in prehistory because it is the last cultural period in Europe when hunting and gathering was the primary way of making a living, before giving way to the farming societies of the Neolithic.

As detailed in research findings published recently in Scientific Reports, burying a 40- to 50-day-old infant with such care and objects of value indicates not only material and emotional investment in the child’s interment, Orr says, but may illuminate how personhood was attributed to even the youngest among hunter-gatherer groups during the era.

It also highlights “how we can better understand the human body,” Orr says. “By learning more about how human lives have been valued in life and in death, it enhances our sense of humanity in medicine.”

Orr and his wife, researcher Jamie Hodgkins, PhD, an associate professor of anthropology at the University of Colorado Denver, have worked together in Europe since 2011, looking for early incursions of human populations. Several dig seasons in Bulgaria yielded little success, but in 2015 their Italian colleagues invited them to participate in research in the Ligurian pre-Alps; specifically, at the Arma Veirana cave. 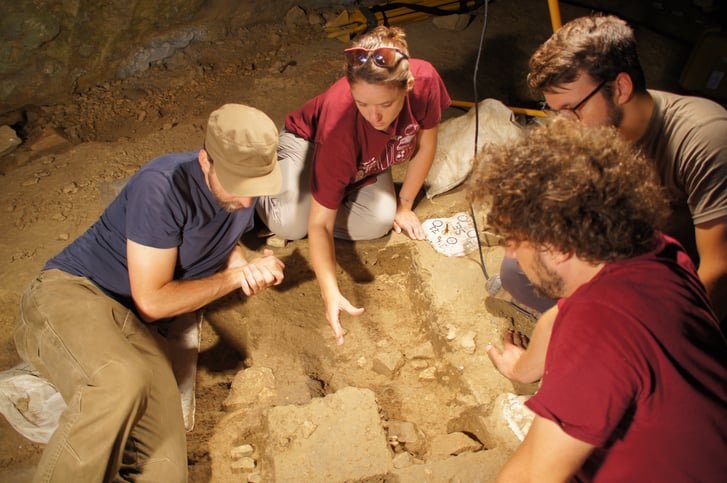 The cave is a popular picnicking and recreation spot for people who live in the area and had also been looted for artifacts throughout the centuries. “The cave would have been a prominent landmark during the Pleistocene period,” Orr explains, which is often referred to as the Ice Age and lasted from about 2,580,000 to 11,700 years ago.

The research team initially began excavating older deposits at the mouth of the cave, finding a rich layer of tools and the remains of meals and butchered animals left behind by Neanderthal people and dated to over 50,000 years ago. Team members hypothesized that they could strategically dig into the cave’s curved slope and “intersect younger dirt that might have evidence of more recent humans,” Orr says.

This would help scientists understand not only migration and dispersal patterns as Earth continued to warm following the Ice Age, Orr explains, but also shed light on the culture, adaptations, and population dynamics of hunter-gatherer groups in the area.

The team excavated to layers dated to approximately 10,000 years ago, or the early Mesolithic period, and began finding shell beads that they hypothesized could have come from the Mediterranean coast about 15 kilometers away. Then, on the last day of the 2017 summer dig season, researchers found an in situ, or in place, cranial fragment.

“All of us were heading back to teach, students were heading back to class, and we knew we couldn’t rush it, we knew it would take weeks,” Orr says. “So, we made the painful decision to cover it very carefully and ask the local villagers to watch the site for us and hope that things stayed in place.

“We’re fortunate to have wonderful relationships with the people who live in that area. They love what we’re doing there and have a lot of pride in the history, so we had assurance that everything was going to be OK. And it was.”

A burial made with care

The next summer, the research team returned to the cave and over an intensive five-week excavation gradually uncovered what emerged as a female infant burial. They found a line of beads, shells that had clearly been strung together and an eagle owl talon. They also found part of a humerus, phalanges and metacarpals, or bones of the hand, vertebrae, ribs, and a significant amount of the skull still in place.

Laboratory analysis revealed wear patterns on the holes in the beads indicating that they had been used for a period of time before being placed in the infant’s grave. “They likely weren’t made for burial,” Orr explains. “It represented a significant amount of work to produce all of those beads, and on foot as a Paleolithic person it wouldn’t have been easy to go down to the Mediterranean. These were valued objects and it would have been a significant investment to bury a child with them.”

Gradually, the researchers began referring to the remains of the infant as Neve, which means “snow” in Italian, though Orr admits this arose from his misspelling of the Neva River Valley where the cave is located.

“There’s some debate in archaeology about whether we should be giving names to individuals whose culture is quite remote,” Orr explains. “That baby’s people gave her a name, most likely, so is it right to impose this name? We’re quite sensitive to that, but the team also felt the emotional weight of what we were uncovering, and always referring to the baby as AVH-1 (the specimen number) didn’t seem right, either. We opted to err on the side of giving her a more humanized name, an Italian name.”

Finding an infant burial from this era was significant for several of reasons, Orr says, including the fact researchers have uncovered so few of them.

“There’s a lot of conversation in the literature about the personhood of infants during this era or earlier,” Orr says. “Because we haven’t found a lot of infant burials, it’s been hypothesized that they weren’t fully recognized as individuals worthy of burial.

“The burial of infants is not necessarily in question – we do have the example of monozygotic twins in what’s now Austria dated to 27,000 years ago, and a few good examples from the later part of the Mesolithic – but there are more unknowns about the concepts of personhood and group membership. With adult burials, it varies a lot across geography and sites, but there’s evidence of egalitarian treatment of genders in funerary practices. How does this extend to children? That’s something we just don’t know.”

The discovery of an infant burial with evidence of deliberation and care, and objects of clear value placed with the child, is significant in understanding the cultural structure and values of early societies.

After pausing the dig in 2019 to renew permits, and then COVID-19 interruptions the following two summers, Orr says the team hopes to return to Arma Veirana this summer to continue learning about Neve and the culture to which she belonged.

He says his work in the field also influences how he teaches anatomy in the CU School of Medicine.

“The lessons we learn from cadavers go beyond how to name body parts,” he explains. “We need to see them first as patients. These are people, so for students it’s a matter of learning how to respect them as humans and develop that sense of humanity. I hope I impart that to students where I can.

“I see a lot of connections between that and our research in Italy. I don’t think anybody who has worked on the research ever felt coldly clinical. My wife was pregnant with our daughter in 2017 when we first made the find, and then at 6 months old she came back with us. Everybody, I think, felt the emotional weight of what we were doing, and I don’t think that’s a detriment to scientific work. I think the emotion and the responsibility of telling the story of this child has made the science better.” 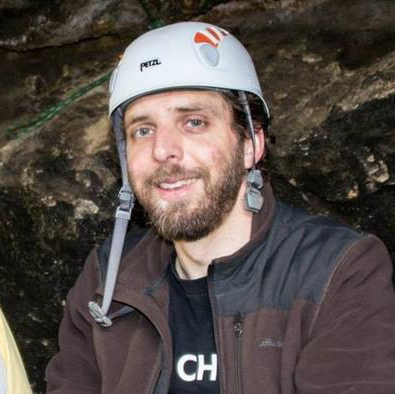